"Puzzles of the Raven"

It's been busy times recently though I was really glad to have Munin sitting there on the side as the game is quite the treat. Using the environment which is shaped off into various areas you shift and rotate them accordingly for you to be able to grab a number of feathers which are floating about. This requires a variety of planning or strategy depending on the pieces given. Once they're collected a random raven soars down and collects your character for the next area. What I really loved about this puzzle style and the levels themselves is that they were mostly quick along with simple enough that it didn't cause any sort of stress or frustration. Sometimes I would have to sit back a second to gather a plan, but other than that it was straight forward enough to provide a basic challenge. Aside from this discussion of the actual game the levels look beautiful with a great puzzle connection design. It created some great pieces to shift about from jagged claw pieces to long corridors or plains of grass. The music was also well in pace with the levels which was a nice touch to the world. When finishing levels you were eventually able to pick differing tier areas to check out that had slightly unique zones to them. Overall it really created a relaxing environment of which you were able to enjoy for hours of time.

As stated above once more you rotate the pieces that are locked in a puzzle shape in order to collect feathers. You move about as your character and a raven picks you up as you progress. There are various world levels to play through with the puzzles being interesting enough for a basic challenge or extra thought to plan some shifts ahead. Death is also possible so that aspect is something to watch out for like falling, spikes or that scary fire about. 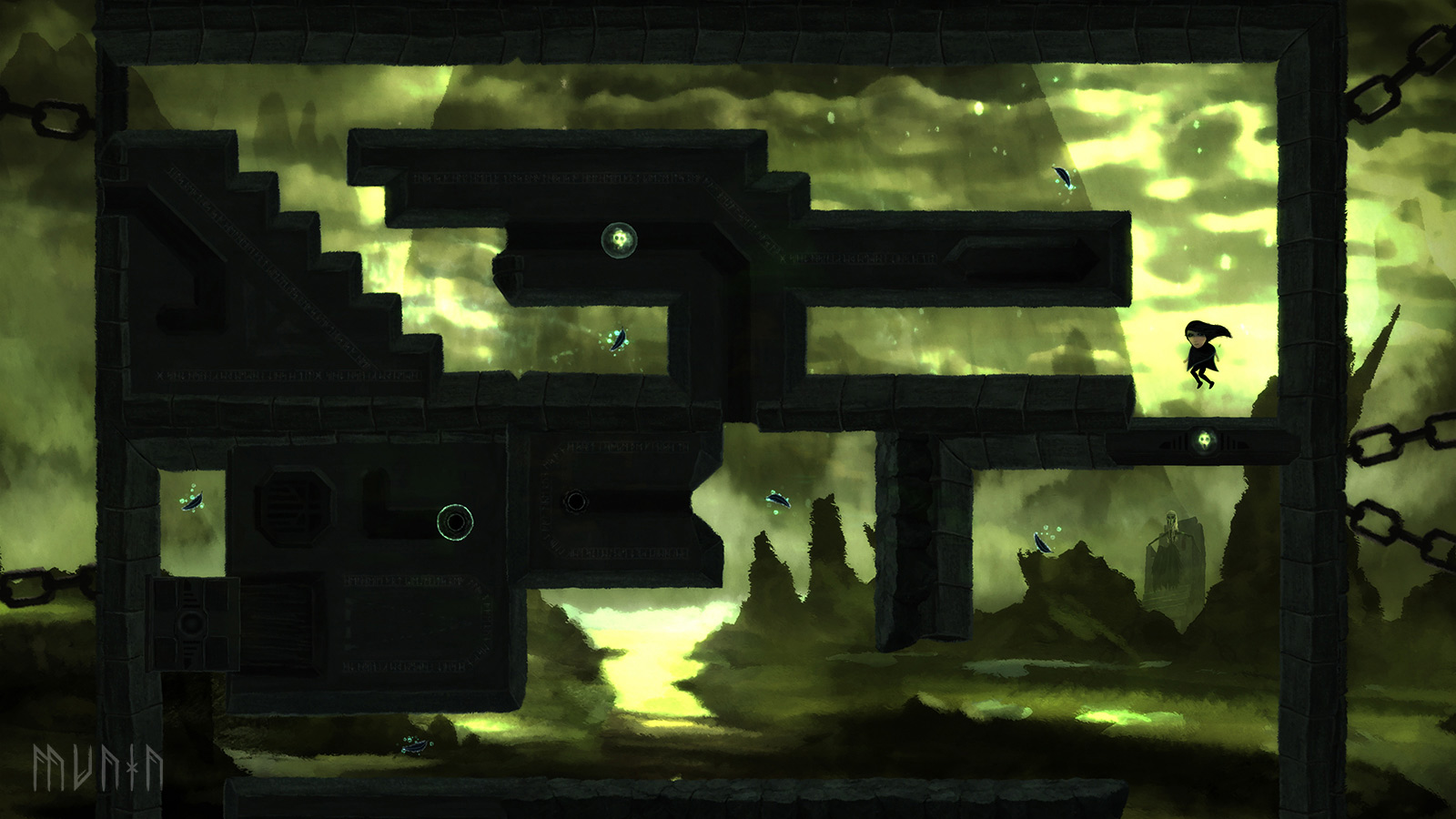 Munin is a game of simplicity mixed with some puzzle complication for a very pleasant experience. For the price and relaxing feel it can definitely fill a niche that many gamers have as you just want something casual to play for a bit. There's time to be spent and levels to shift through in an addictive feel of sorts. So collect those feathers and fly away with that raven in a very lovely crafted game.