Canyon Capers has a reminiscent feeling of an old school platforming game in which the main element is that of item collection. Within the game you play originally as Dino which is the basic player and from there you will unlock additional ones as you progress that have some unique aspects. At a basic play you will hop, time and move through a hazardous environment in your goal of collection. This is largely gems and coins, though there are some extra items available for you to grab around the maps. Once these are collected you make your way out through a vortex and onto the next mini chapter. This is of course all timed in order to add extra pressure onto your collecting. Moving onto what will cause death to your character which is everything from boulders, to giant snakes and pits of lava. This is of course not everything you encounter, yet the basic things to die from around you. Levels vary to a degree, though feel similar in their respective world sections and evolve on each other. Whether that be differing jump points, platforms or enemies within them. I also found areas to be quite stressful at times with some levels a lot harder in terms of difficulty than others. Overall it brings a retro feel that many older gamers will resinate well with and an interesting choice of graphic style.

The movement and controls are well done though I noticed at some jumping points it would make me reach a higher area than the one I was aiming for. Other than that the placement of jumps, paths and other ways to get places were all great. The graphics have a crisp and smooth cartoon or classic feel to them which was nice. I'm not sure I love the whole focus on coin collection, but I do get that's what the game revolves around. Enemies were also strange with respawning and after all they didn't quite slow me down in what I was doing even when hit.

Thought I would add this in to the review as a side thing. This is completely separate and has its own marking, just made sense to add in here instead of a differing section. In the Rio Fever DLC you get ten levels that focus on Football or well I'm just for simplicity going to call Soccer. With this soccer ball you will have to master a number of shots in order to complete levels. A strange mix up for any game, though it does work well enough and somehow makes sense. With a number of nations and the timing prepare to get those gems with the assist of your soccer ball and skills learned throughout the regular game. It's definitely an interesting addition to the game.
DLC Rating Overall: 6.8 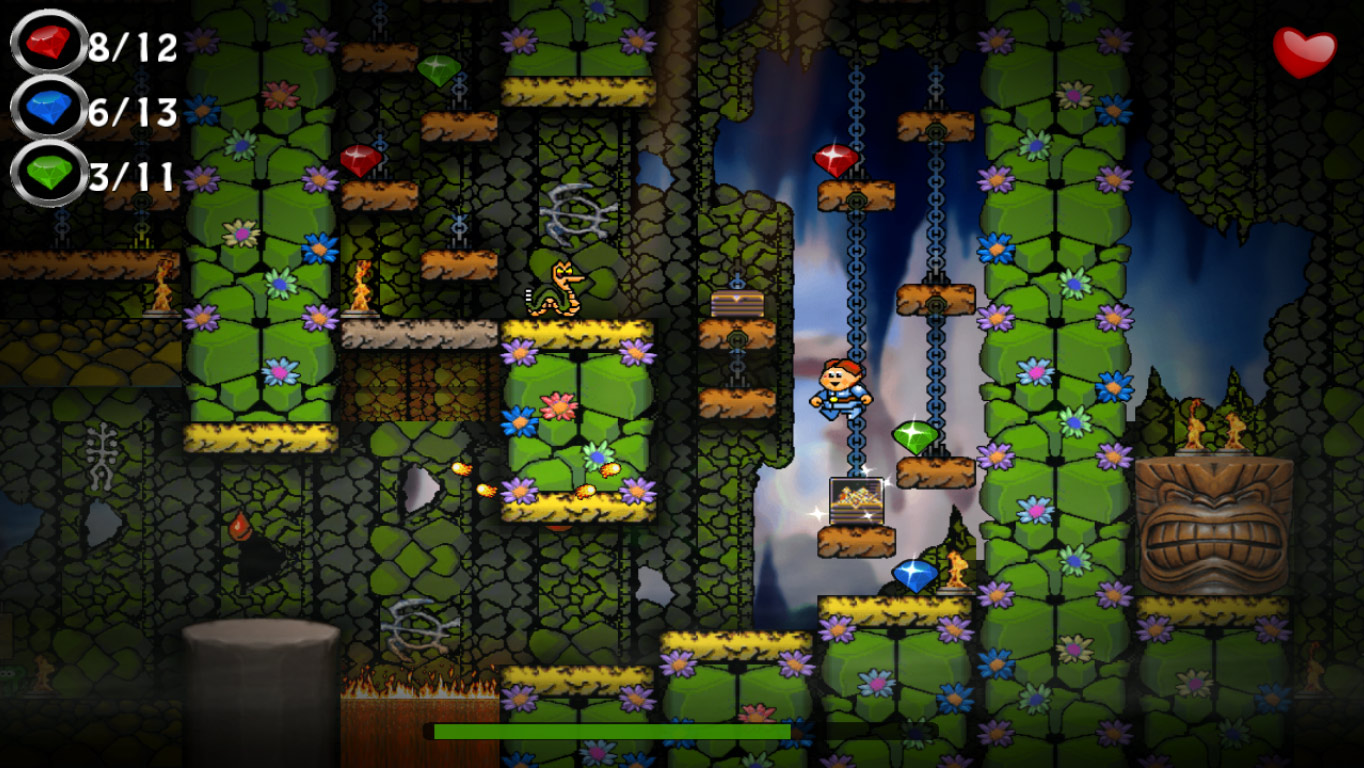 Canyon Capers will play best with older gamers that are fans of this platforming style though really with the basic controls anyone can pick up and easily play. It has a unique art style which works well with the environments and has hours of gameplay available. If you don't like collecting items as the main objective this may not be for you and there are points of frustration with some of the levels. Overall a solid game with an old school feeling.