Upon seeing the name of Chompy Chomp Chomp I was instantly intrigued as the title itself is quite something, very unique in nature. As always I did some research into the game as somehow I hadn't heard of it prior despite being quite a well known Xbox Live Indie Game as I used to watch that space a lot. I can say for that space this game would be fairly benchmark in terms of amazing in that atmosphere. For PC it doesn't translate quite as well, though it's not a title to be put aside from that aspect. You play as these little chomping creatures of various bright colors as they make their way around in small play areas munching away at targets. Now it's split between a arcade of campaign mode that can be done solo or cooperative and a battle mode where four players can hack at it, though AI fills in them extra spots you need which is good. The arcade basically has a series of challenges that are put together against the clock and have you attempting to eat certain colors, than swap for the other kind to then escape afterwards. There is of course a weird monster or two that try to get into your way while you're trying to get a good snacking on. There are also a ton of powerups from clock up to bonus points and etc which carry across all modes. The AI themselves seem to be on simple paths though it still creates a fun and tense environment with that clock running. This is great and eventually death piles and time itself will be your ultimate doom here. In cooperative it adds a friend to help out as continue in the same sort of style, but with a friend. It's a hectic and interesting mode that is a different pace from the traditional campaign. Now for the battle mode which is where Chompy really excels as it really is a party game. Four chomper creatures duel it out in a colorful carnage that is based on either points or a time limit. This is really crazy and there are monsters being targeted by one another and mass deaths all around. It's an insane mode and where the most fun will be had as it's quite interesting.

Everything is really solid in terms of gameplay and movement with it being very basic while allowing multiple keyboards points for multiplayer. I would comment that level designs seemed to be a bit drab and seem about the same dimensions for each of them. From there it's really a lack of content that could keep people pulled in for extended periods of time. This is really one of those every now and then experiences. The multiplayer is really competitive and a lot of fun especially with a real player. I would also perhaps have loved an online multiplayer portion from which others would join in online or to search online for others to compete with as that is quite a draw for people. 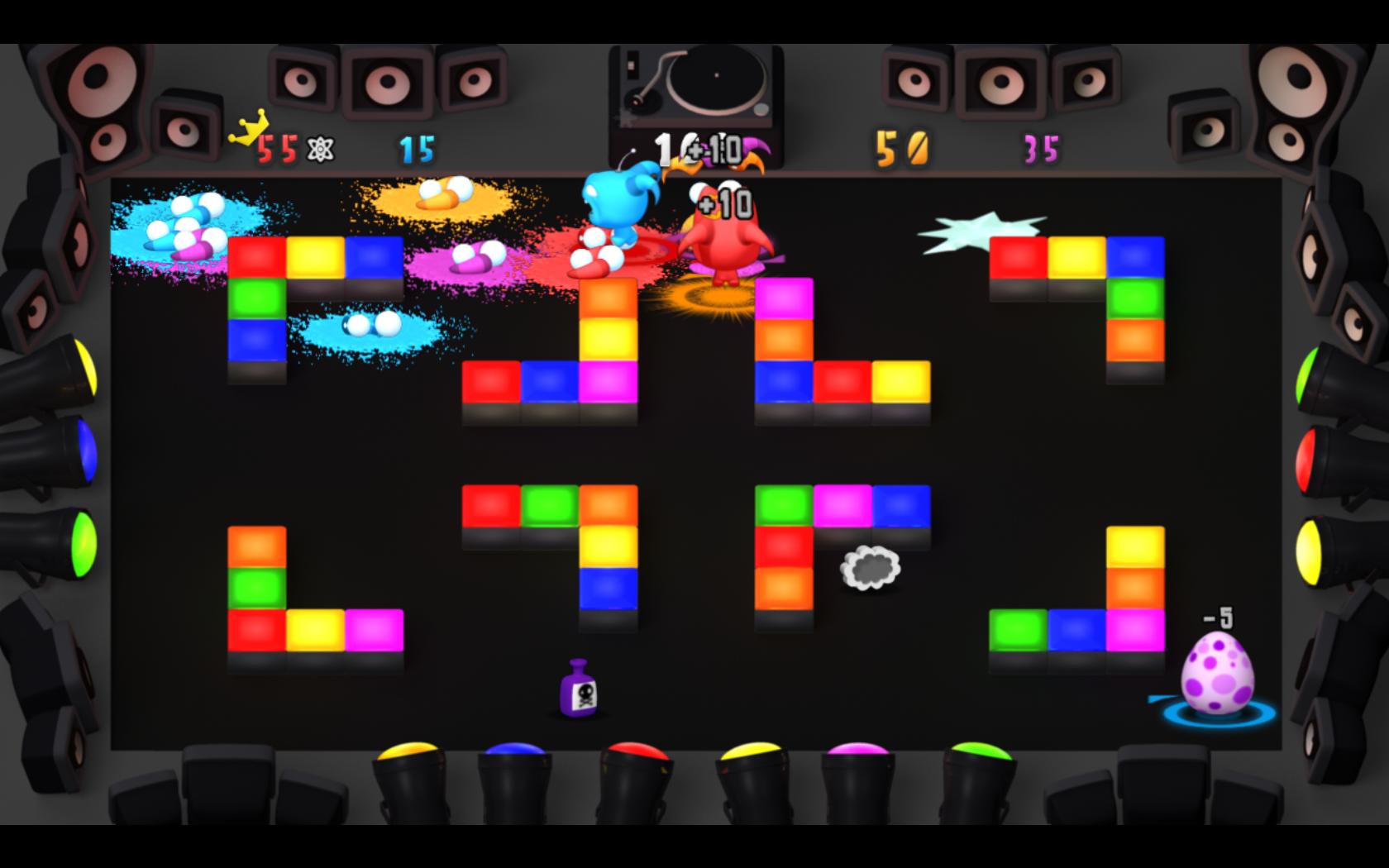 So Chompy Chomp Chomp is a solid PC title from which you could use to kill time at various points whenever. It's really easy to pick up and learn while providing time tense modes to play. Matches don't take very long and keep everything really fresh. My favorite moments were in multiplayer against them AI as it was crazy going back and forth as if we were Pac-Man ghosts. I'd have to say lack of content is a big issue as there are few maps and additional modes with those ones being present nothing to unique or special. I'd also say multiplayer would be welcomed, but I did enjoy the game. Get Chomping on the Chompy Chomp Chomp.