Contagion is a realistic zombie game styled in the likes of Left 4 Dead. With your squad of up to eight people you try and survive in this nightmare world. Consisting of multiple maps from the regular boulevard city streets to a Police Station. Now the goal is to complete various tasks within the levels that get buzzed in via text from some annoying lady. This can include tips to making our way somewhere, to grab keys for locked doors or even some wire cutters in case the door needs an extra push. This all sounds simple enough and really it wouldn't feel like there was much there in terms of campaign except each playthrough is unique. The levels mix themselves up and create differing paths or objectives for you to accomplish. It really keeps the areas a nightmare and really there isn't much for you to memorize except the notable locations. For me that would be the cellblocks areas or the amazing theater with some hilarious video feeds. Actually had some of the team sit down to just watch a movie, luckily the zombies weren't really present there. Now the zombies really aren't out to get you which makes them more realistic in the sense of it. The zombies and game will punish you though if you get close or basically start firing. Even the flashlight will cause motion and then the zombies will begin to group up in massive hordes usually overwhelming the group. Even with a team of eight players death is always possible and winning rarely happens. This is the buildup of zombie hordes and when you die, you become undead to attack your friends or group up zombies. Also you can become infected instead of purely dying which can be even more hazardous to your past allies. This whole system is crazy and changes the games balance completely. It's an edgy take on zombies which pays off well to make some zombies crazier than others. The worlds are really well detailed and full of things to explore, though at times I did find the entire group hopelessly lost. I won't pin it as a negative as that really shows challenge to have eight players frantically searching for hope. Contagion wants to get you thinking of where to go for items or even side areas to check out as they may contain helpful weapons in your attempt to escape. The moments are epic and we even had this really dark event happen with someone turning at the very end which we had to sadly execute before leaving the area. Aside from the escape section stated these maps also lead into an extraction level to finally escape the horde, for now. Which plays about the same and just adds story more story instead of one offers. There are also a number of characters for you to choose between which vary in size or shape though development into whom they are is really non-existent. I perhaps would have liked more of a tale of what's happening, but I get the situation and go with it. 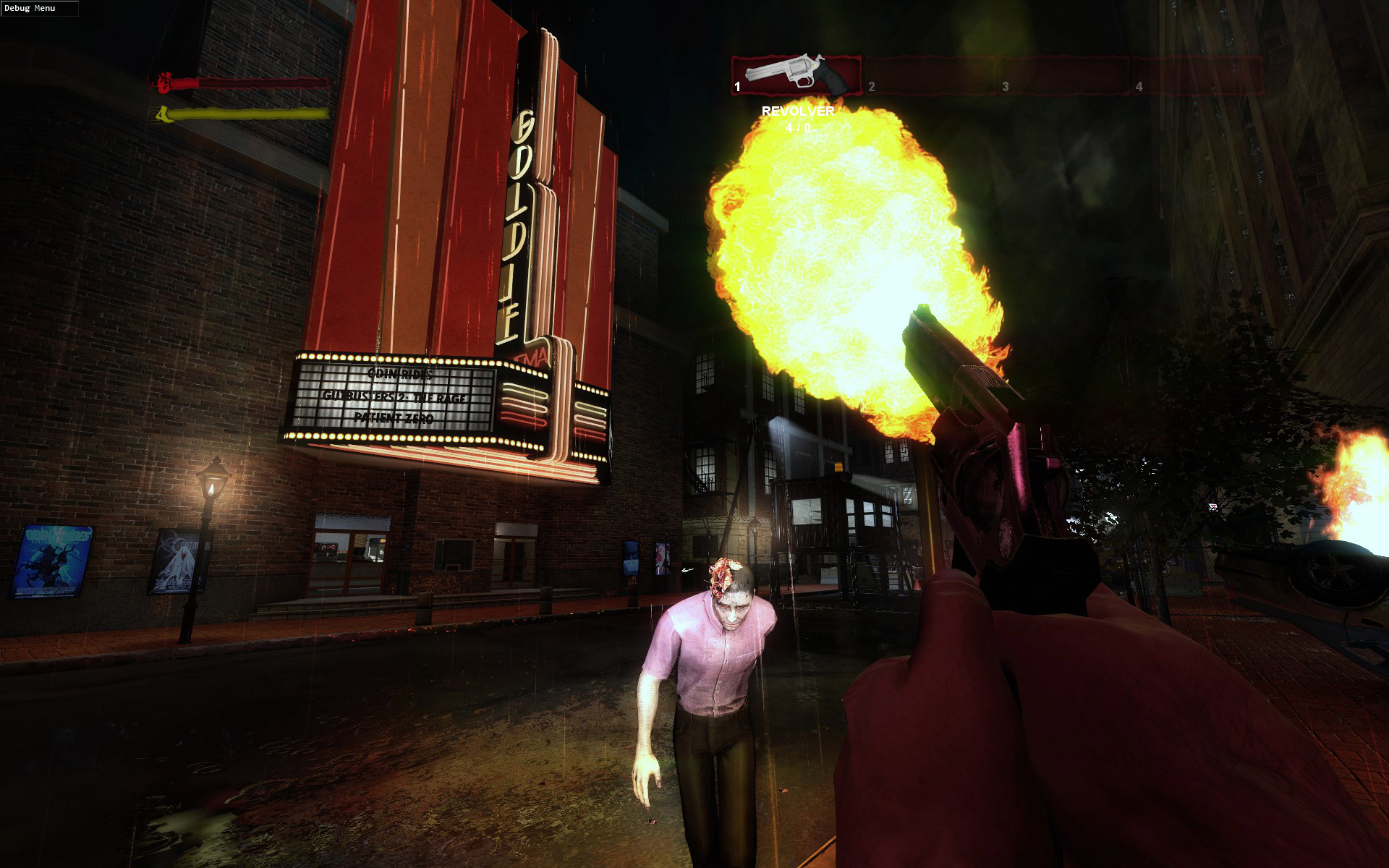 The multiplayer aspect is handled very well with tight communication and a great community from what I have seen. Everyone liked to play together with player zombies being aggressive to end the match by slaying the survivors. Was very surprised to see such a large cooperative number work so well. Not to say this can't be done solo, it just doesn't make much sense to when the online is such a blast. Really an essential part of the entire game. There are of course some additional modes such as hunt which pits everyone in closed environments and people aim to be the last survivor. This is really creepy as all the survivors are trying to kill each other while escaping zombies and aiming to be the soul survivor.

It looks really good, it's got a nice realistic style to it and environments filled with items to look at. There are nice touches of furniture areas or the theater which was hilarious to play about in. Let's just say we were serving hot dogs and such in the middle of the apocalypse. The survivors play is well done with balanced ammo and weapons to find. The guns and melee weapons work really well so no complaints in how that was handled at all with flashlights being essential as a tip. The zombies play was a tad bugged with spawning in trapped areas of having issues climbing things. Basic play was fine and the zombie vision is great, finally the zombie roar to gather a horde is hilarious. Contagion has a nice style of gameplay that makes me feel like I'm playing Left 4 Dead is a better graphic and more friendly grouped atmosphere. 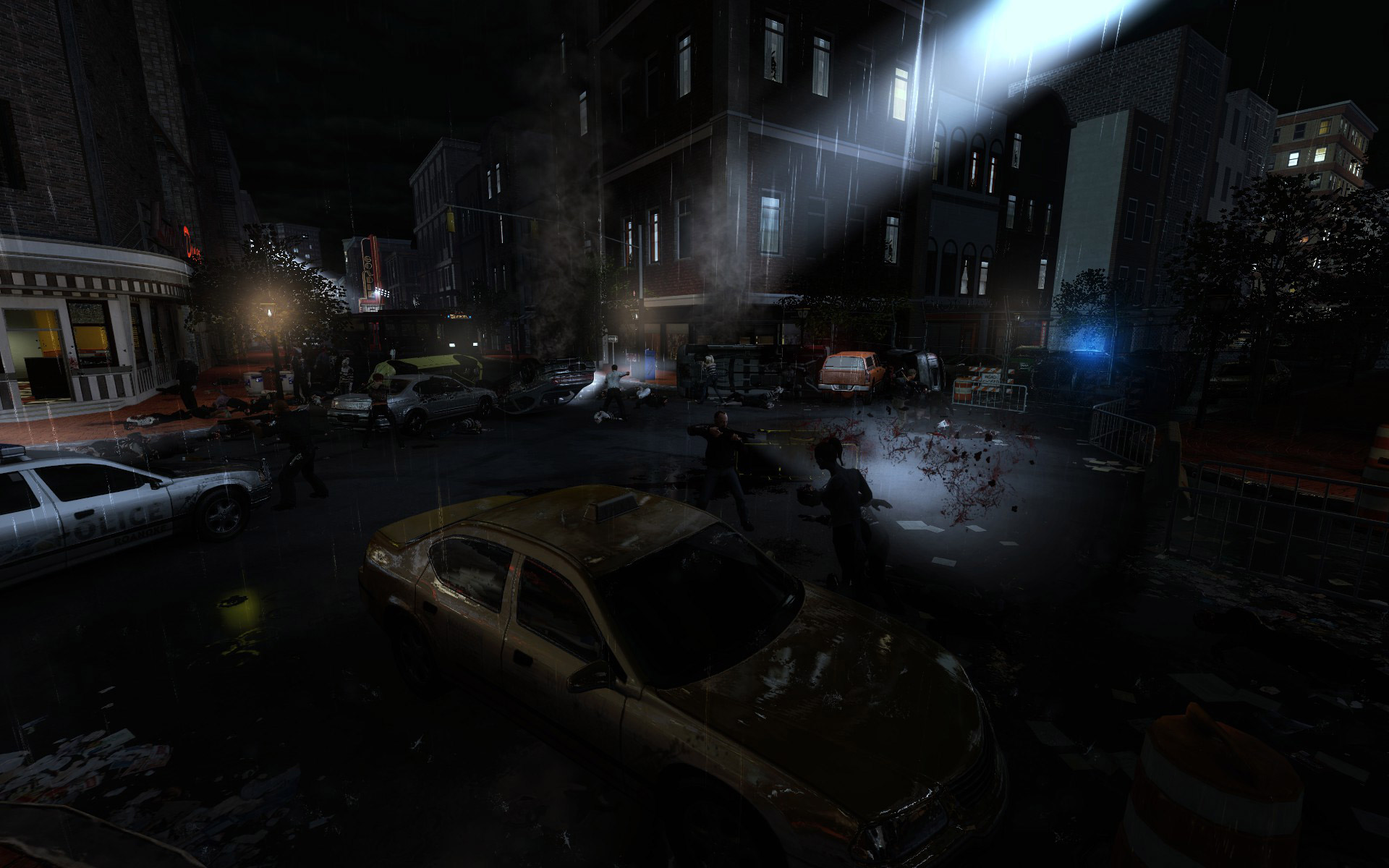 Contagion is a lot of fun to play and with changing levels the replay value is huge. If you love blowing brains out of zombies or attempting to survive a more practically realistic apocalypse this is handled well. The gameplay is solid and campaign is interesting in terms of exploration. I like how questing is handled though those texts can be annoying at times. Finally a zombie survival where it's more about horde numbers and less about stupid uncommon infected. Contagion thrives by taking a different and realistic approach to zombie survival. 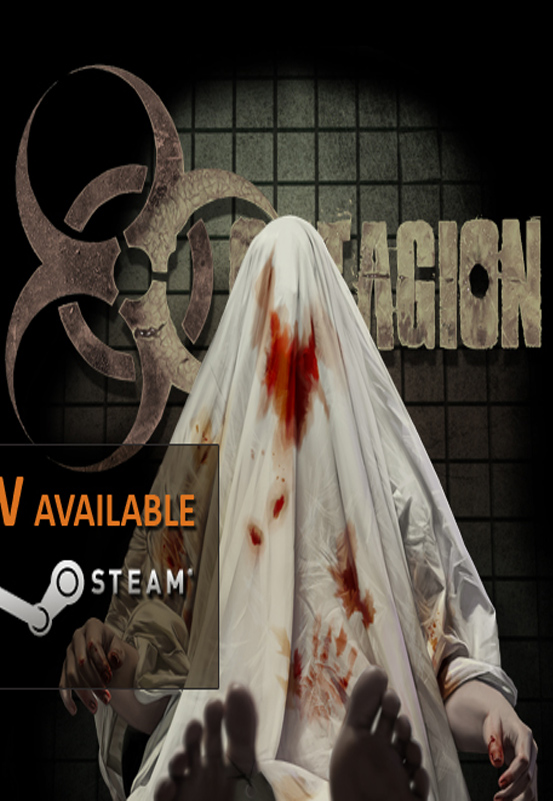