Step into the shoes of Malachi Rector a brilliant antique dealer that can really appraise or with photographic memory clue into the surroundings to discover many hidden facts or factors. This is of huge advantage when dealing in the antiques of the very wealthy and also a curse as some individuals do not take kindly to the fact that they don't always have authentic items. This leads into some bad situations for Rector as eventually he is going to need some protection in this dangerous game. Written by Jane Jensen, winner of multiple awards and creator of popular titles presents us with another mystery and psychological thriller. Spanning seven intense chapters the campaign will require you to deeply think and solve a number of puzzles littered throughout that will always make you think in a differing way. The real issue here is that you have to really think at some points in order to figure it out and I really didn't find the hint system didn't quite help as much you may hope. For the ones that love intriguing puzzles or hard discoveries will really enjoy this title whereas those going for a straight story will definitely have a lot of difficulty. If you're worried about time worth, there are many hours worth of gameplay and if this is the type of game your going for, it is worth it. The story starts with Rector being called up from his faithful shop runner in order to meet a strange man that runs a top secret organization. It is this job that sends Rector on a series of missions starting with one that has him pick out an individual that was just murdered and then compare her to a famous historic figure. This is done through analyzing and basically just learning clues around the environment in order to solve the mystery. Played out in Point and Click style you will take control of multiple witty characters as you go about the worlds. Everyone is interesting and fleshed out with story and surroundings that add to their character. It is up to you to seek these out in the places you go and to analyze each person in order to gain an edge in your discussion. You will build a dossier about these people as well that lets you piece together their part in history or just in that length of the story. The atmosphere is fascinating as Rector himself is actually really funny and has an interesting character that you can really enjoy. With that the interactions in the environments are neat mixed with comedy, collection and action. You may at times of have issues finding what you need at first, but with continued movement and viewing around the area will definitely help you out in the long run. The Moebius is a fascinating concept that will drag you into all sorts of places and situations that you will need to you use your best wits into figuring it out. I indeed hope that I covered basis on all the elements of the title without wrecking any of the story aspects as that is an important part of the game. Though vague and not exact it should give a good idea of how everything runs. 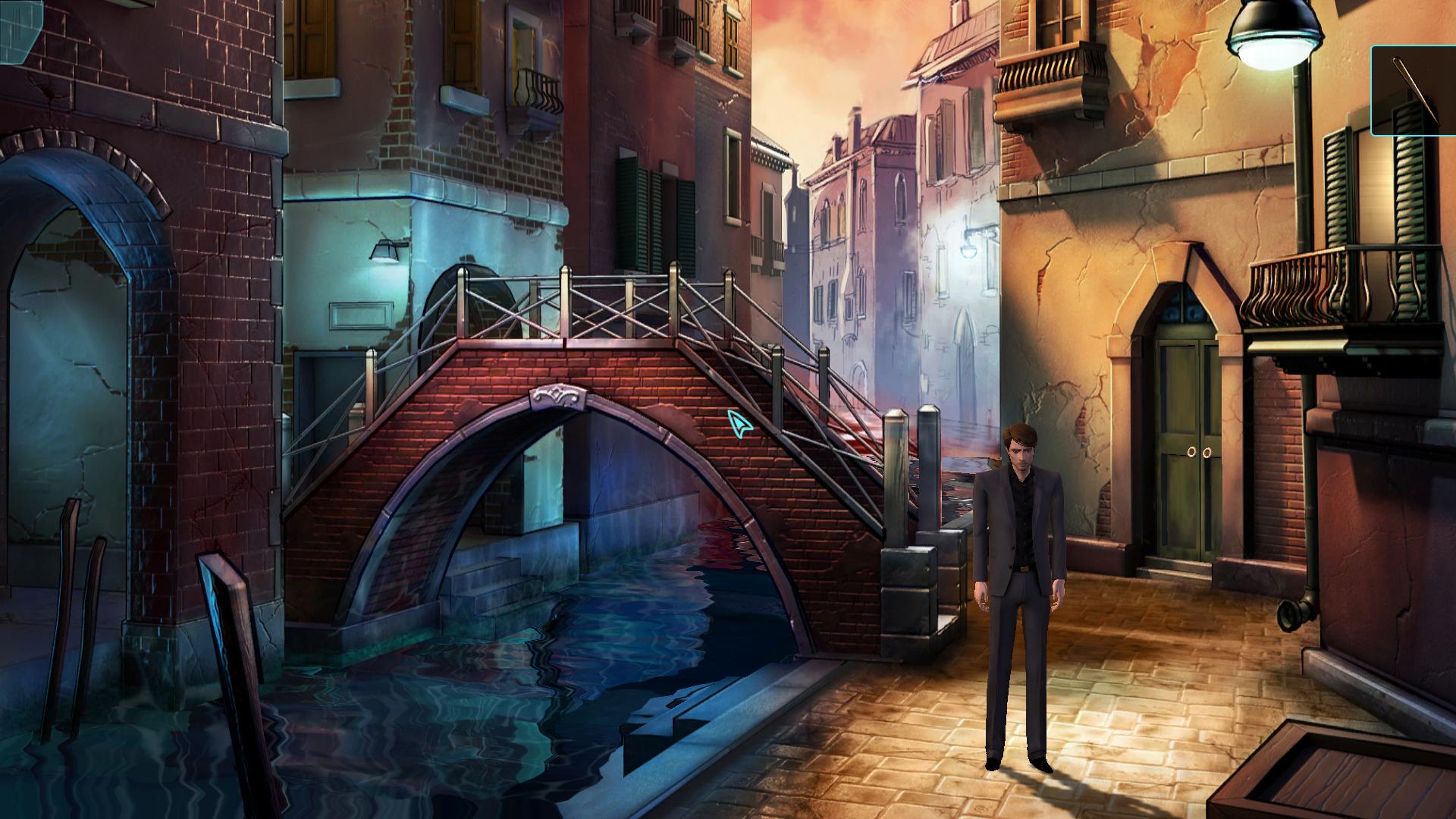 Presented in an interesting graphics style that mixes still with gameplay is a really neat style. Movement is fairly basic throughout the world, it just doesn't get pushed throughout. I do question character models at times as they look strange, the main character may be a tad skinny. Though this really isn't a negative factor in the world, just a strange style. The worlds and areas that you visit are all unique with an interesting style. They are filled with items, little jokes that Rector makes and even hidden items. It is these ones that are vague and make it difficult for progression at times. Though frustrating they add edge to the game and the characters in it. Sometimes you will feel flustered looking around, it's just key to focus on the surroundings as it takes deep mental thought to continue. The story will twist and turn with various paths that lead to different areas. These decisions change the whole movement of the game and could very well end it. The items you use also vary and takes some guessing when working on puzzles as the right or wrong combination does matter. 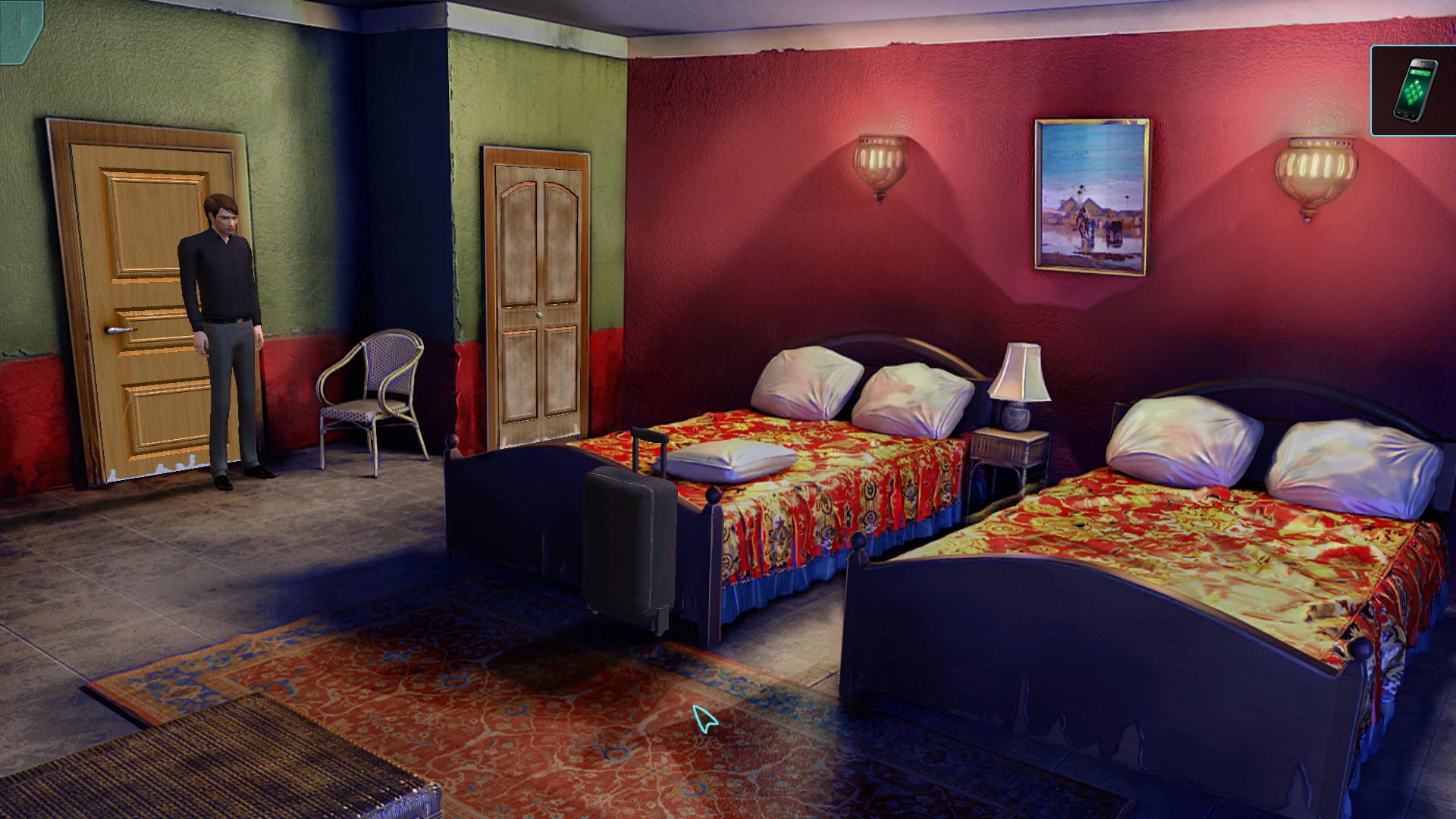 Moebius Empire Rising is a game that could be frustrating at times to those that want a simple story. You will have to sit and think about everything that happens, along with world surrounding you. The puzzles vary and are random, each requiring something new to happen in order to solve them. This can be difficult at times pushing you to an edge at times. The world is filled with interesting worlds, people and personalities. The story is very capturing and keeps you going. Analyze the world to the best of your abilities and solve the mystery around the Moebius 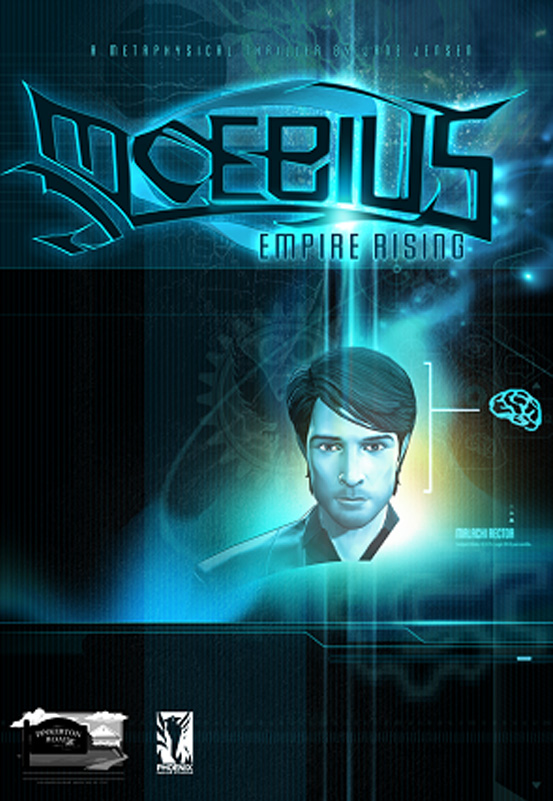