Campaign? No, I don't know what this is.

Goat Simulator is absolutely ridiculous in every sense of the word as a bugged cluster mix of goat breaking. I was constantly being thrown between this is awful, this is great or the gameplay is just hilarious. From licking to head-butting or doing some weird sort of combo you can just trash this small section of a town or little area. Best of all, you play as a goat that seems to evolve or can be swapped out for other goats as you progress across the differing checklist quests you are given. These are fairly simple and just take exploration to find from doing the hilarious satanic ritual, the even more funny noble goat knight and then smashing a boulder down towards the unexpecting people. All of this is done within the open world sandbox style that is presented with just a basic free roam suggested environment. Aside from the many first mentions of things to do there is a secret facility of fans, a construction site or the stonehenge to desecrate if you feel up to the challenge. You can just take control of this goat and be the ultimate face of destruction slaughtering the town folk, ruining birthdays or flying around with a jetpack. If there was any sense of a story I couldn't tell you, just go about wrecking havoc on the poor people and look for any minor side things you might have missed. I was basically able to finish everything that I desired to do in just over an hour of gameplay and there really honestly wasn't much for you to do despite it being packed with things. The work of others on the steam workshop may provide future levels, mods or mutators that help add time, though that will take awhile for people to develop. I will say though that after all is said and done the Michael Bay explosion or the treadmill got just a huge laugh from me. 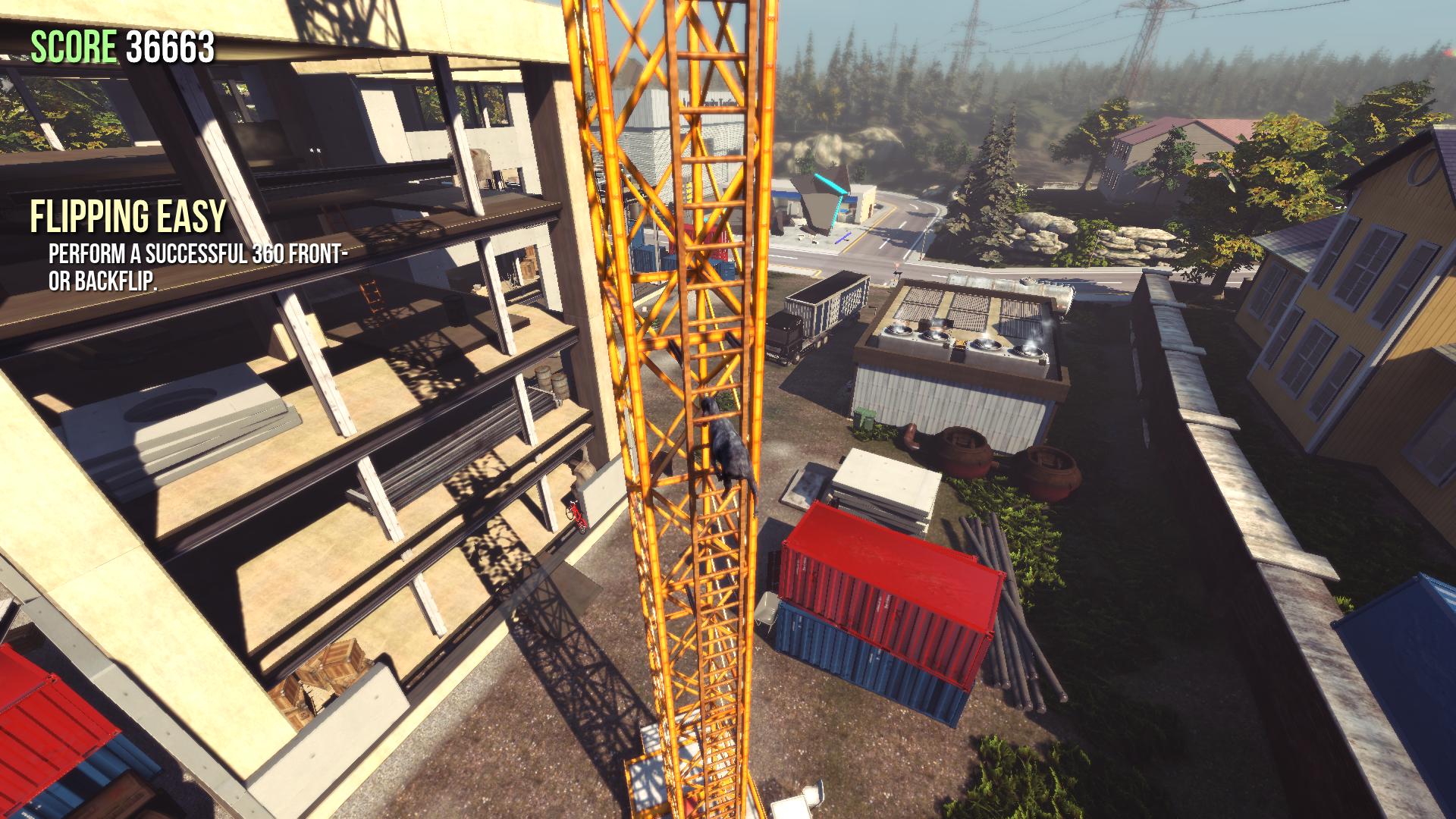 Everything is buggy, which was promised before going into the game which I'm completely fine with. You will definitely be thrown out of the map and back in, especially when the demonic goat with weird satanic horns is your final form. This doesn't take being a giraffe out of your choices as that can be picked as a mutator or using a jetpack. The environment of world is mostly destructable with their studio even being thrown in there for a nice chuckle and the details are actually really good for a goat simulator. The controls strangely enough work perfectly, you can float or even climb ladders without any issues. You can also summon goats to drop around you at random so that's something. 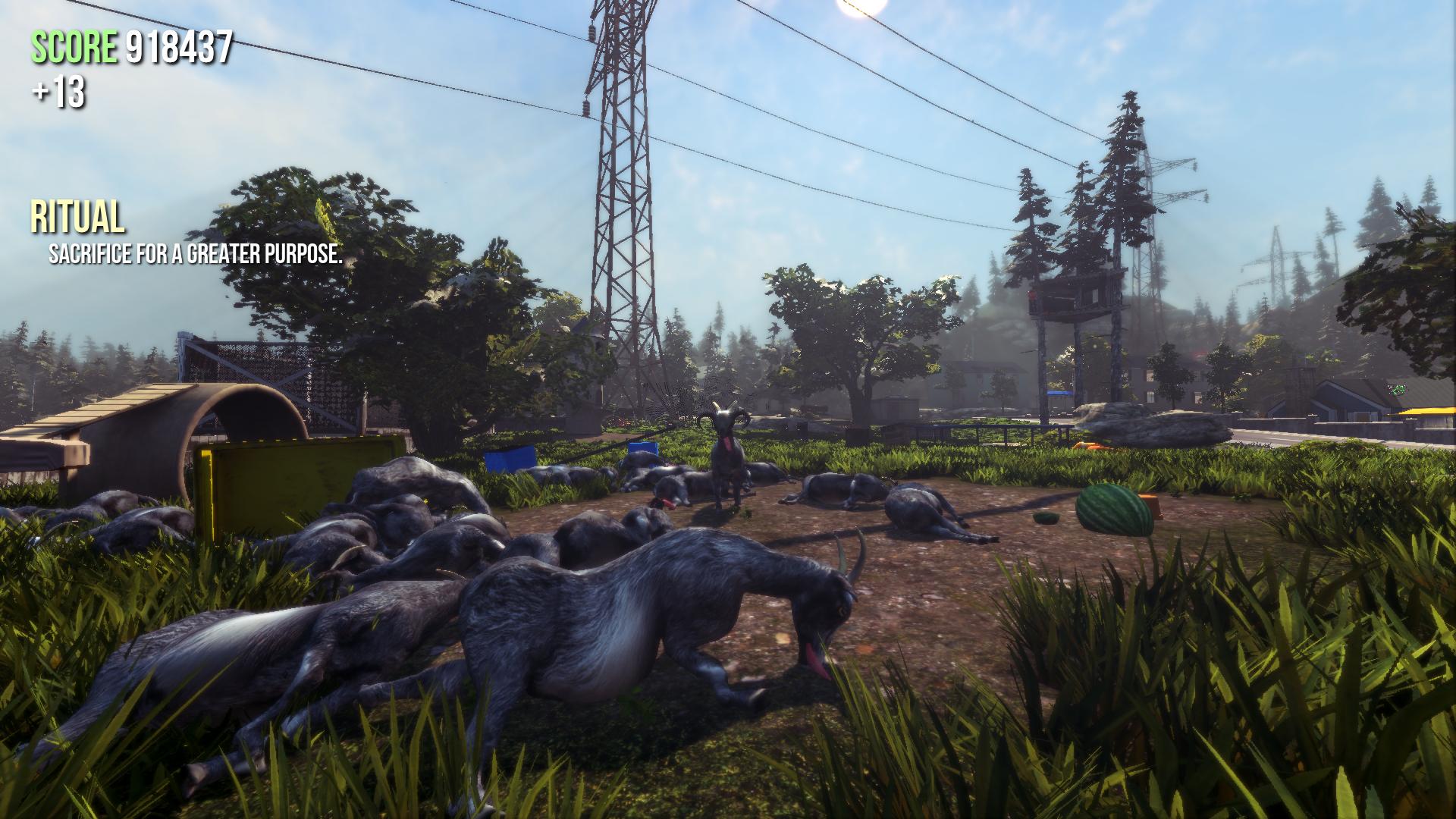 To say I had a bad time in Goat Simulator would be a lie, but honestly save your money on this for a sale of something. It definitely is not worth $10 at this point though perhaps in the future with updates or even the work of others on the steam workshop this might make its value a little bit higher. I mean it runs fine and plays well. Just everything is done quickly and goat simulator will feel like a quick gimmick once you're through. Though if being a goat has been your dream, this will definitely fulfill it. Oh, and look at that goat smiling at you with all the money that will be made of this fad, just saying. 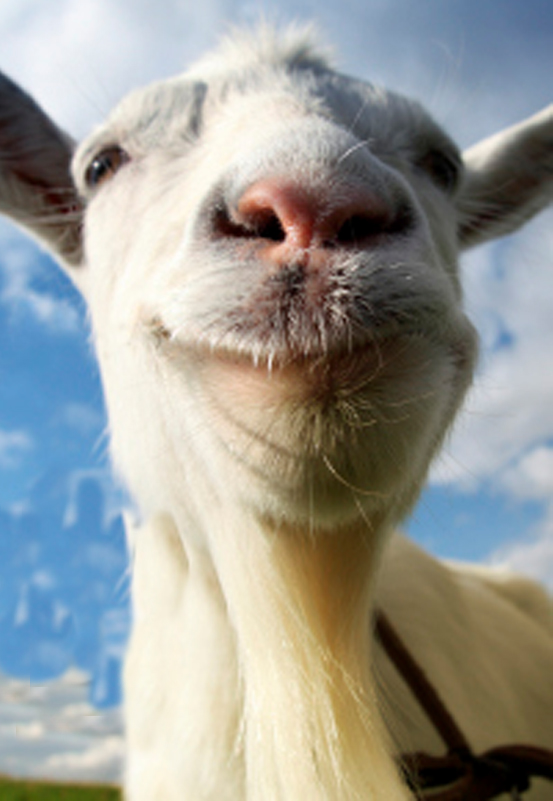