Ski Hard: Lorsbruck 1978 is a simple, yet supposedly difficult presentation of skiing. In the game you play on ten distinct courses attempting to get the best time possible. There's not honestly much to the game though the core concept is interesting. You're able to select from one of four slightly different individuals and then hit a slope with them. They do offer different stats to a degree, yet I didn't notice much of a difference. They're also basically just twigs in design. The levels aren't terribly long being decently developed and simply detailed in a charming way. It just doesn't seem like there was much to the overall game. Unless you're wanting to reach a high score you play through the ten levels and you're done. It would have been nice to see perhaps a course creator or additional runs since the thrill is over very quickly.

The look of Ski Hard: Lorsbruck 1978 is incredibly minimalistic and that works well with the charming music. I was blown away by the quality of the music as it was relaxing and worked well with the gameplay. While that's a great aspect of it, the game itself is far too simple. You just move forward and go down the hill occasionally altering your direction. It's easy to fall over and the landscape is treacherous. There are physic elements yet it's difficult to get an idea of how you're moving. I found the controls rather unresponsive at times and was caught on bad spawns a few times. This essentially came down to spawning again after falling off a cliff or missing a flag posting to then appear at an angle that isn't playable. The camera would be tilted away from the forward spot and you would just die multiple times. I had this issue come up a couple of times and it is rather annoying to redo entire levels because you're unable to complete a run. 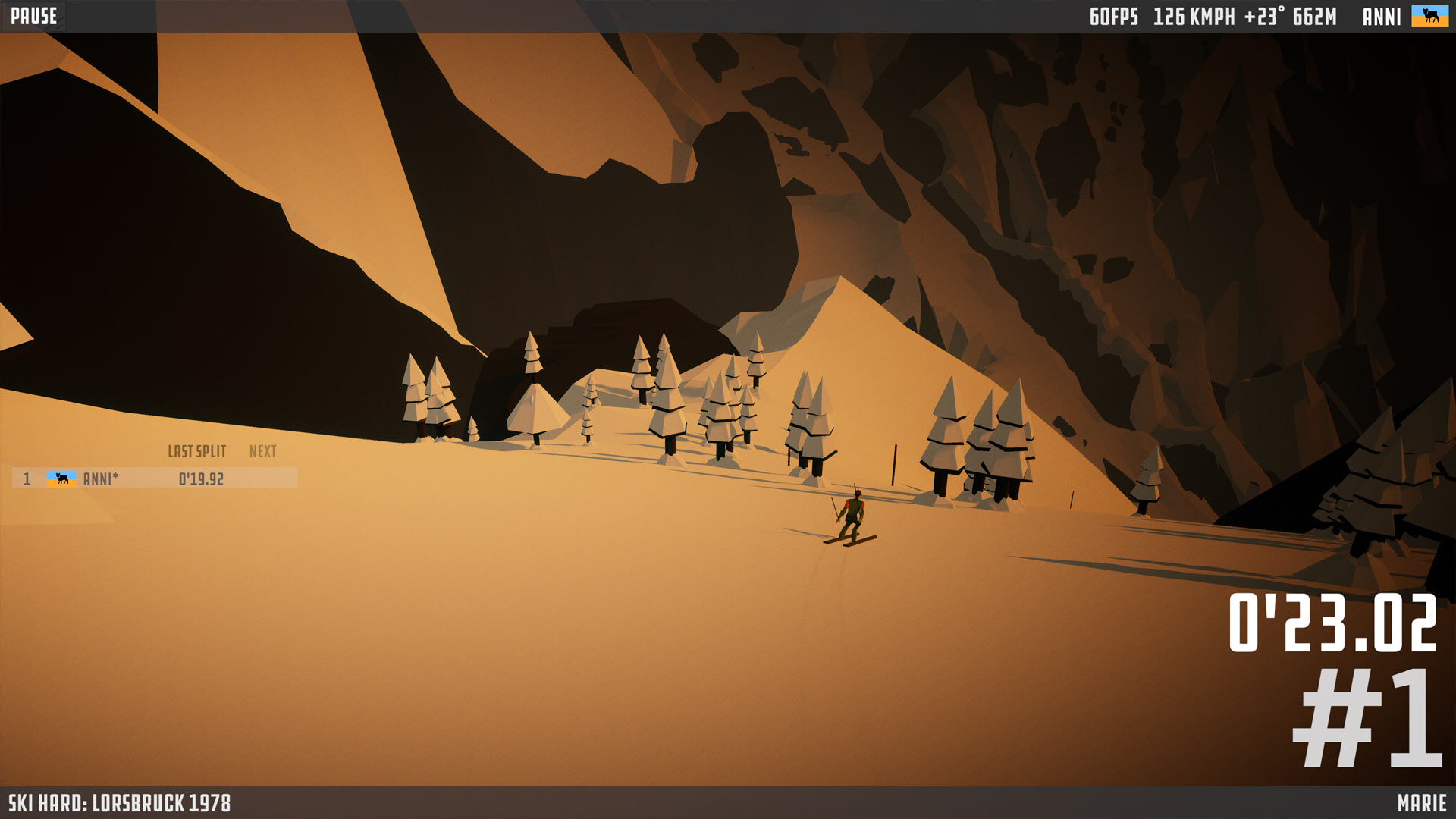 Ski Hard: Lorsbruck 1978 had some points that were interesting and the core concept of the game is fine. It's just severely lacking to the point that there's hardly any content. Ten levels just doesn't cut it and the whole thing comes across as too simple. It's aesthetically pleasing with great music, but that doesn't necessarily make the gameplay interesting. There might have been some potential here if this was a full experience or provided the option for players to expand upon it in wacky ways yet that just isn't here. The levels did have some creativity, but it hardly takes any time to play through the entire thing and unless you strive for excellence that's about it. Again, a neat idea with some poor execution in a number of areas. If this was a more full game it would feel appealing, but there isn't anything to it which is disappointing. They could possibly expand upon it for a better package, but perhaps Early Access would have been a better place for this one.