"MOBA to the Side"

Hyper Universe is a rather distinct take on the MOBA genre by presenting the entire experience as a sidescrolling battle. Players are sent to either team and need to pick a character that suits their style, they can also choose skins if any are unlocked. From there it's an epic skirmish as both sides attempt to push at one another in order to eliminate towers and get towards the enemy spawn. There's a lot of strategy here though the action is fairly fast paced at times. This is great as matches won't take forever to playthrough. I'm honestly not a huge MOBA fan, but the way the presentation is set up in Hyper Universe was quite appealing.

It's difficult to really get into some of these games due to complexity and I liked how at the core the gameplay is similar between characters. This being between the regular attack structures and more or less your extra abilities defining the unique classes. From there it comes down to balance between the roles of a team and how you advance upon towers. You need to get just the right touch and you can quickly devastate opponents. One particular match was just wild as we went from an almost entirely destroyed spawn tower and charged past a couple enemy ones to win the game. It has that sense of doom, yet enough hope that a team might be able to rally together.

I felt the general visuals of Hyper Universe were great, each match was colorful yet never too distracting. It got wild at times seeing an array of abilities get unleashed at once and there can be some really tense moments. Being a sidescroller this is a truly distinct type of MOBA. It's still all about lanes, yet the lanes are presented in a flat way. You'll need to manage climbing ladders or hopping across areas for distinct vantage points. A battle could be won or lost based on a player hopping downwards into combat. The controls are streamlined and feel natural for the genre, a controller option is also present that works very well hopefully showcasing possible console support.

A big part of the game for those that are more intense is customizing your decks of abilities. You level these abilities with coins during a match and select them from the menu. It's all about choice and tweaking what works best for your character as well as how you play them. You gain coins by performing actions, there are some side AI to take out for quick bonuses and a powerful beast as well. My favorite character was Aisha so I spent most of the time working with her to best understand mastering this system. I tried some others, but she was the most fun with some hilarious snow based support options. 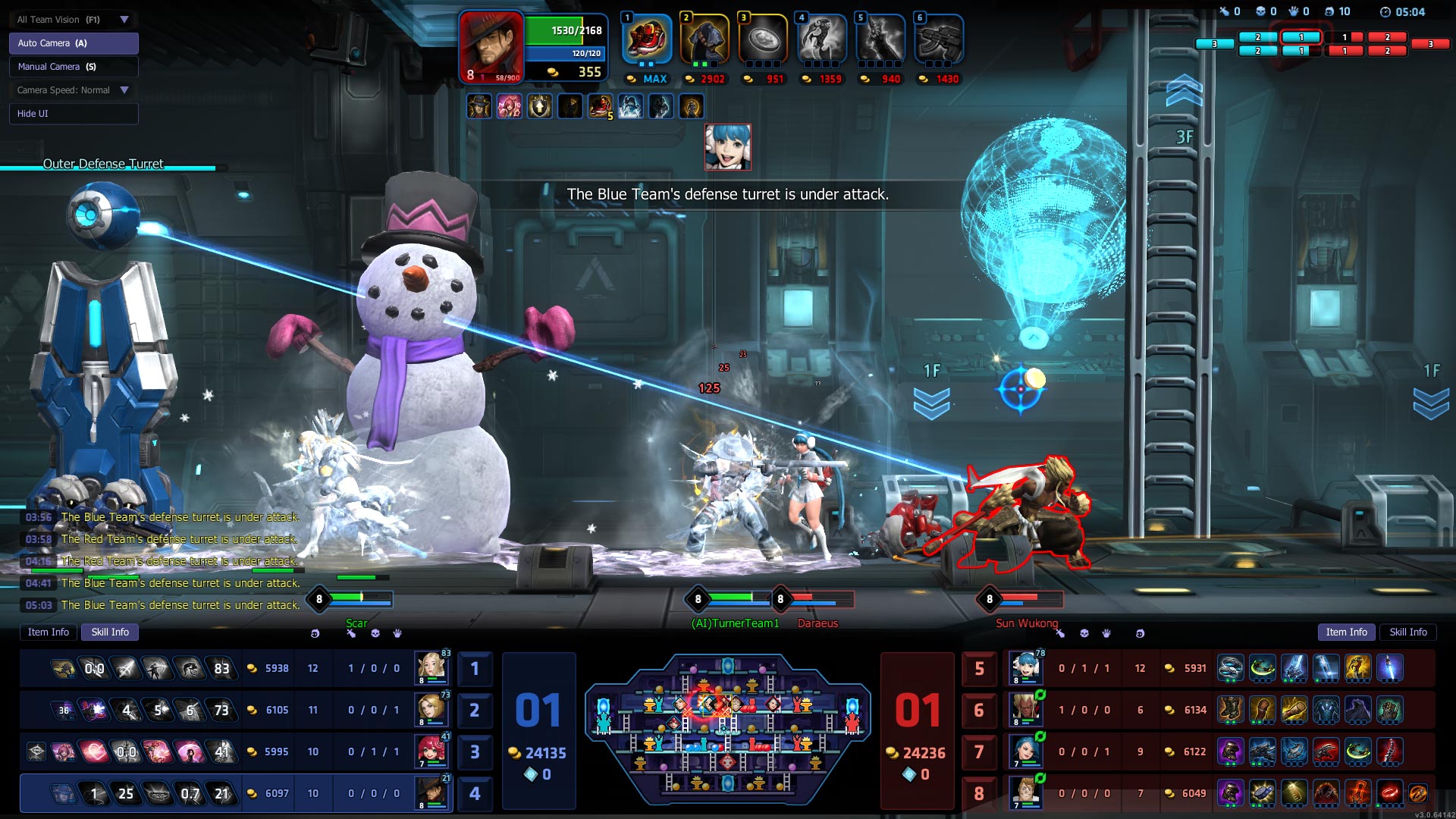 Hyper Universe is one of those games that is somewhat hard to capture the full experience in a review. The general premise is simple, yet the levels of complexity are deep. There's a fantastic roster present here and the game is free to play so it's worth checking out if you want something new from the genre. I felt it had a solid balance for combat offering moments of defeat, yet still always have a slim chance of coming back. The controls work well and the mapped actions were great to watch in colorful action. It was nice to see a brighter world and a well balanced set of maps against a similar themed balance for combat. I feel that Hyper Universe is a standout from the MOBA genre offering something fresh, exciting and just fun to play.