Offensive Combat Redux is as generic as shooters get for sure, but it makes up for that fact by providing wild gameplay and a character customization system that can't be beat. You can literally swap any part of your character's body with various parts to make insane creations. These all cost in-game coins that are earned through combat, but you get a pile to start so it doesn't matter. My creation was a Panda head; hotdog body, Rooster legs, cheerleader arms and then Gecko hands. That's just obscene and then you take them onto a variety of weird maps.

They actually flow fairly well with a distinct selection of designs though the graphics fall apart on some of them. I really don't want that to come across as solid, they're painfully average though with a bit of fun injected. The modes available are a Deathmatch, Team Deathmatch and Capture the Flag. CTF is basically dead, but others rotate the deathmatches quite often. For those that want single player aspects to can run through the empty maps or do a survival tutorial area.

The graphics really are hit or miss with some aspects looking fine and other portions being downright ugly. I liked the flow of the backstreets level, but it looked horrible visually. I also found that some of the spawning wasn't particularly great across what I describe as mostly claustrophobic maps. The selection of weapons is great and they're all available to choose from at anytime so that was cool. It's simple to play as you chuck grenades, shoot folks and then carry on. The map contains additional items to collect such as ammo though it really doesn't seem focused on map control since it's always spawn flipping. Damage is also very intense since you can die quickly and that might take some a slight bit of time to get used to. 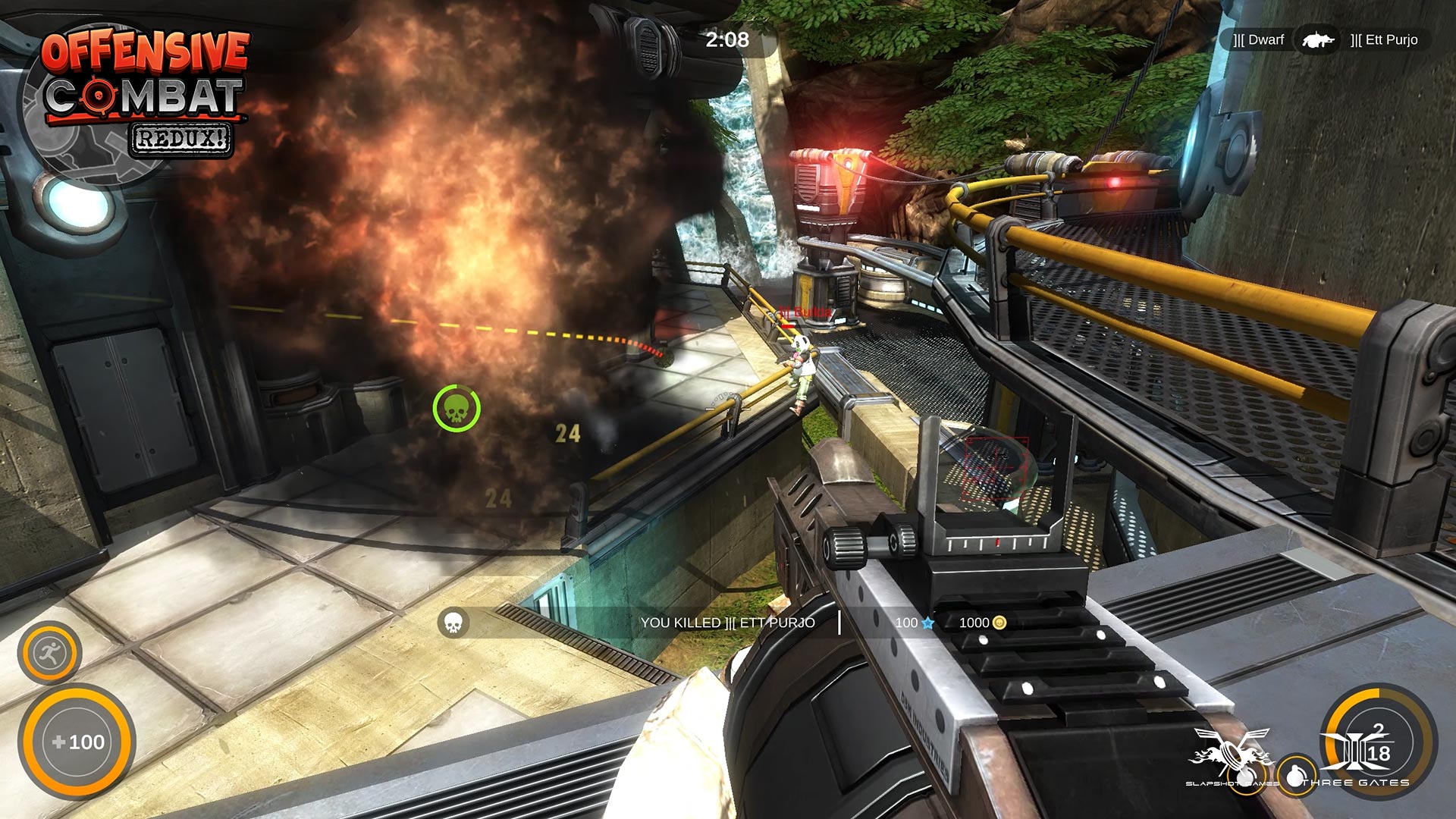 I actually did have some fun playing the game and others online also thought it was enjoyable. It's certainly far from the best shooter I've ever played, but if you want a downright stupid one then this is perfect. You not only get wacky characters running around, killing people can allow you to PWN them with a selection of dances. The shooting aspects were fine with a wide selection of guns, there's a decent variety of maps though a limited overall selection of content. It can be fun to play, there's not much more to it than that. Offensive Combat Redux certainly doesn't provide anything new to genre, but it has a certain stupid appeal that I enjoyed for a short bit. It would have been nice to see more content or even say a survival aspect that's popular in shooters so content is very restricted.