Super Blood Hockey is a classic simulation of the sport providing an extra level of pixel gore which is quite humorous. It certainly doesn't take itself too seriously while actually presenting a very clean arcade action title. It's essentially like playing one of the original NHL games with some extra shine having players skating on and off the ice during breaks in style. They also celebrate like crazy and have giant brawl moments where everyone on the ice hits one another. There are a number of modes including a traditional exhibition, an extended area with tournament to play a couple games and challenges. The challenges feature a number of interesting mix-ups including the incredibly awesome 12v12 level that has piles of players bashing one another.

The game looks like a modern take on the classic arcade version of the sport. It has dynamic aiming with how you move your player around and with how you shoot. The gameplay was solid for the most part in switching players and its excellent with a controller. I did however find it way too difficult at times where the other team would score too easily. Aside from the game being a tad difficult at times it does capture that classic feeling from the original games very well. The pixel blood adds an extra element of hilarity when players bash each other and that can be adjusted for more spillage if desired. The game can be played in local multiplayer as well with a combination of controllers or keyboard. 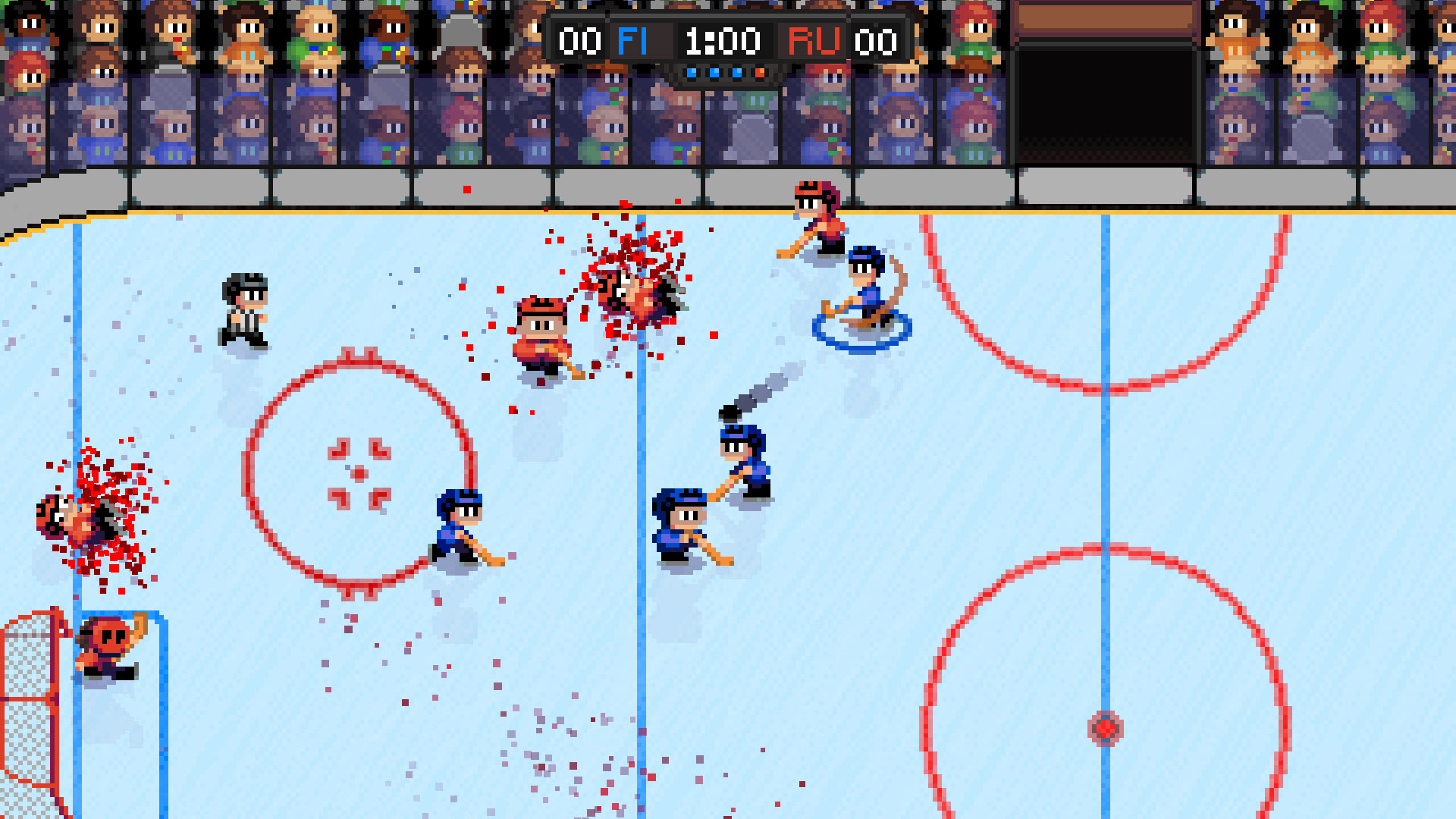 I found Super Bloody Hockey to be a fun simulation of the sport that really brings the classic arcade action back. It provides a new style of art to it with sharp little pixel players and while I would have liked the various countries displayed better it worked. It was great to see the pixel flags wave after goals and the players really celebrate. For those that wanted a good local hockey game this works very well with controllers or keyboard options to play. The selection of modes provided a solid amount of options for playing the game and the challenges were entertaining. It would have been better if it wasn't so difficult though I'm sure it'll be enjoyed regardless.