Fictorum is a mage simulating game where you play as this basically powerful wizard that's attempting to run from a chasing army while moving towards a special objective. This is done over a procedurally generating setup with a new board and set of level maps every time you play. It's got somewhat of a story, but the goal here is to add replay value by having it a be a series of loosely tied together stories. This somewhat hurts things as there's just a pile of text to read for every single area you move to and basic decisions. These always come down to accept what's going on, running away or fighting.

This sense of repetition is carried within the game as you consistently do the same sort of objective across very similar maps. It felt as though there just wasn't much to the experience and that came across as this being a tech demo that was turned into a game, at least to me. Your objectives on a level are never more than shooting towers and hitting a getaway spot or defending a town then doing so. There was nothing dynamic to it and if you didn't care to fight the enemies over and over you could run by them. The merchants were neat to buy things from, but I wish looting was at least more interesting during levels.

I didn't find the look of the environment to be all that appealing though there was a decent selection of biomes present. That being said these levels were basically the same over and over with just a different weather pattern. I absolutely loved the level of destruction present since buildings would dynamically crumble, but that's less interesting when it's the same ones over and over again. There were also few times where enemies ever went by the structures so it was just an out of the way thing to do mostly. I also found that some enemies would slide across the floor and the AI was not that bright while also being rather difficult or cheap at times. The sense of magic was wonderful with multiple powers to collect and a special tri-selection tool to customize how shots would be projected. They definitely had the magic down as well as the destruction, but didn't give us exciting enough spaces to work with. 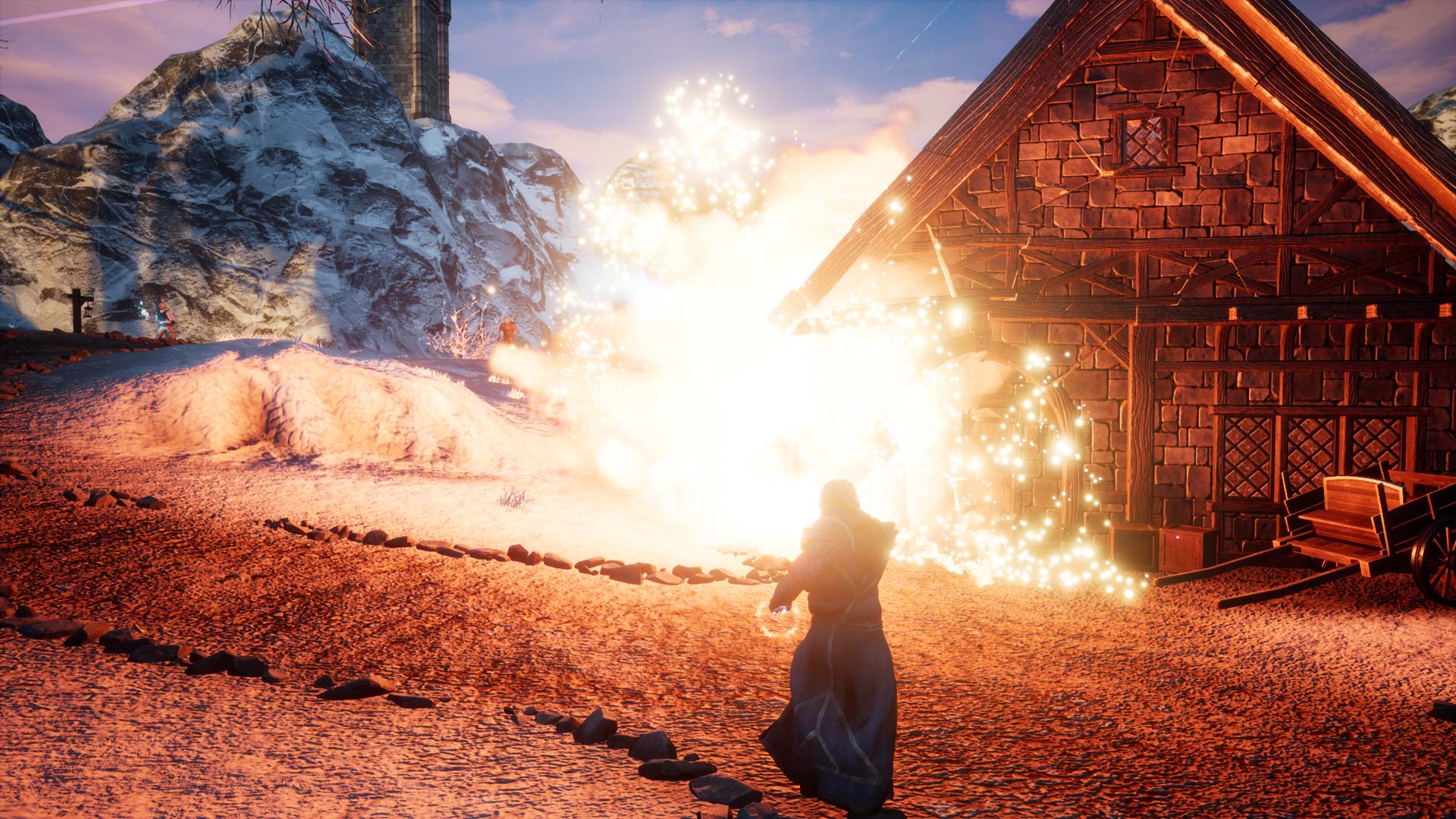 I felt that the largest issue with Fictorum is that while the destruction and magic are perfect, the world you use them in is bland. The levels were not at all interesting and that's about what I would also say for the wall of text after completing each miniature level. The environment while varied, wasn't pleasant to look at while being strangely graphically demanding (assume destruction, magic effects). It was fun to play for a short while though after a couple campaign runs that I found somewhat difficult I was just done with this. If you want to unleash some powers for a bit it might be fun, but there isn't much depth beyond that.