Orcs Must Die! Unchained is the latest entry in the glorious orc killing tower defense series which takes the original format and tweaks it into a free to play experience. The game has seen a number of changes over its development for what's finally come out as a strong package. It's split into three distinct areas of Survival, Sabotage and Endless. The survival mode is essentially the story portion of the game where players work together to defend rifts. This is completely traditional with ratings for each level and you'll need to replay them to get a firm idea of what works best to defend the areas. The Endless mode is similar to the Survival, but you just attempt to survive as long as possible.

The final and core mode within the game is Sabotage, the PVP area of the gane. I left it for last mention since it's the biggest part of the game and where I had the most fun. At first I was hesitant since it was just teams being in their own spot and then fighting against the AI. It was only after playing a number of rounds that I really appreciated just how tactical this mode was. Both sides play at the same time with the goal of surviving the onslaught while also messing with their foes. Each round you'll quickly set up traps while also picking a couple of cards to attack the enemy with whenever during the round. 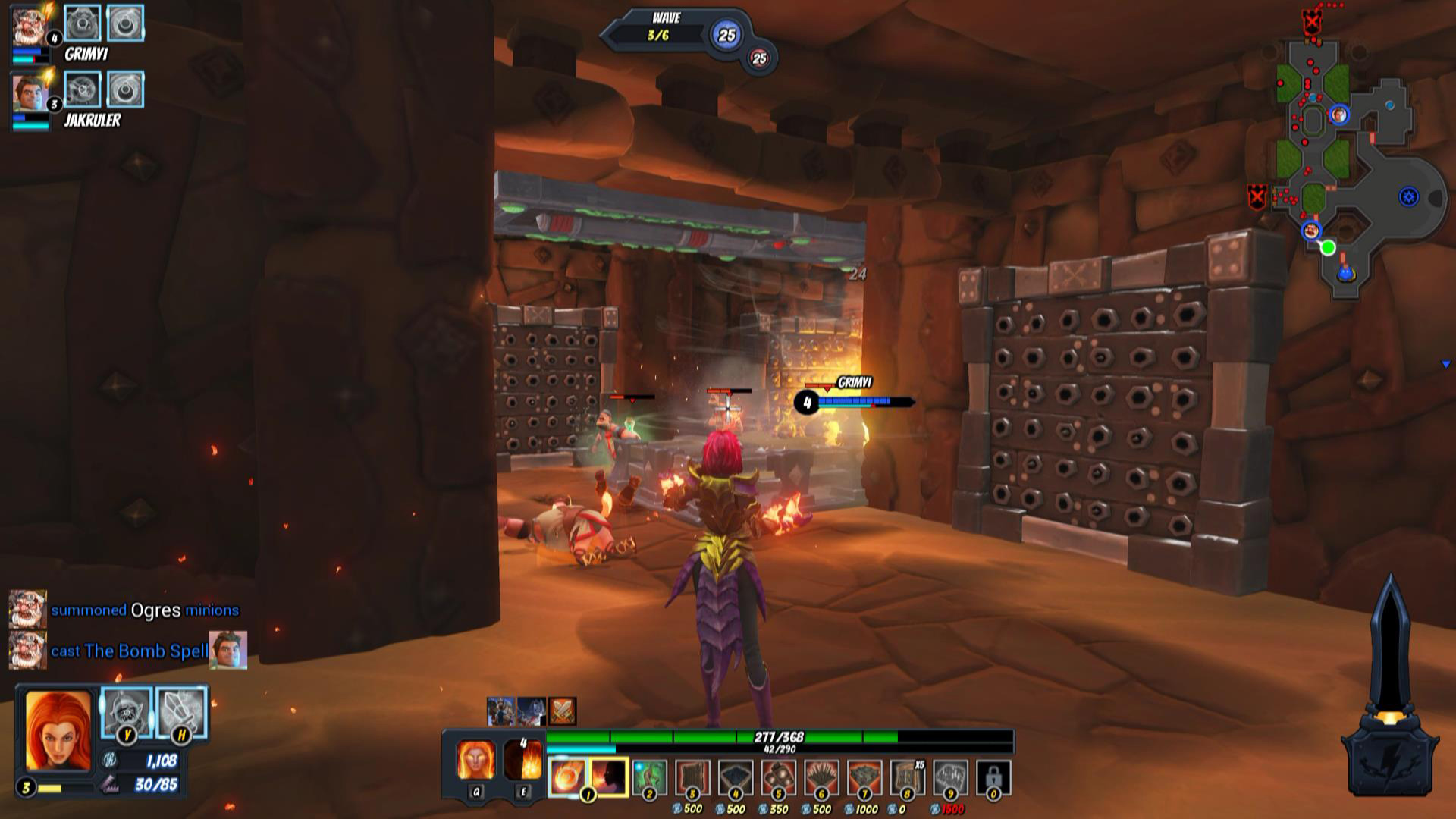 While going to check out the game I was lucky to be sent the full roster of characters to try out. This is great, as it gives me a full idea of what options are there to unlock. I tried to play a variation of what was available with this incredibly diverse selection. My personal favorites are the vanilla troops since they're classic to the series, but you most likely know the core squad so I'll discuss some of the new ones. The one I particularly prefer at the current moment is Smolder and her wide range of fire abilities are awesome. Each of the characters available all carry unique traits and abilities. Smolder can spit out fire and a special trap costs nothing for her to improve the damage of fire traps. This is similar for all the other options and it creates a unique battle crew when working together. Other highlights from the group were Ivy (a healer), Zoey (booksmacker) and Tundra (cool ice abilities).

Unchained plays like your typical Orcs Must Die! title where you are a direct supporter of your traps. As a squad you need to coordinate placement and create paths for the orcs to traverse. The traps cause all sorts of damage to the oncoming orcs and company, with a massive variation in what they do. It's crazy to see how expansive the system has gotten in this one with a trap for everything and an option to upgrade them. This is where the improvement system comes in as you work towards upgrading them by making them better with skulls or adding attachments over time. You gather supplies for improvement through boxes as you do other goods and while slow, feels like a fine system of gathering better equipment.

The map layout is also just awesome in this, there's such a wide range of maps available with so many unique setups to use during matches. It's quite intricate with how large the maps have gotten and there are so many enemies to kill. These range from the regular orcs, to larger monsters and even some of the special card based bosses. This is one aspect that's somewhat questionable as while mostly balanced, some of the high level opponents brought out intense creatures. While that does provide more coins for the ones that can take on the bosses, some inexperienced players I was partnered with couldn't handle the sudden extra difficulty increase. It's very satisfying though when you're able to mulch through enemies as the quantity of bodies reaches a point of insanity with bright colors, traps doing their thing and bits of orcs flying about. 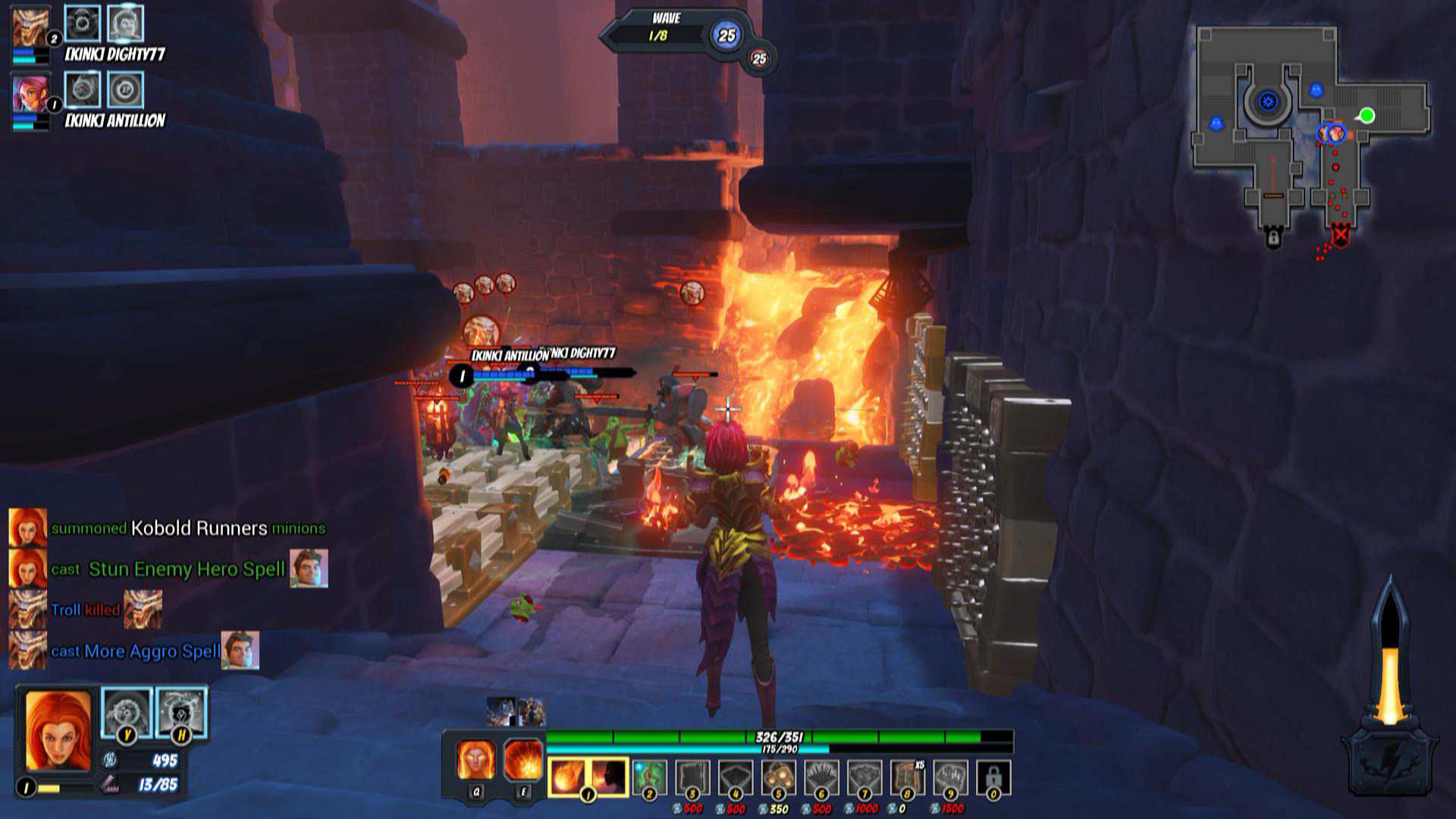 Orcs Must Die! Unchained is a strong continuation of the series providing the full experience of orc slaughtering for nothing. It offers countless hours of carnage, trap layouts and maps to master as you work together with others online or friends. There's a set of modes for all types of players whether you like the confined challenge of improving your scores for each round or trying to beat out others online. It carries that addictive style of gameplay that's worked well in the past and brings it all at no cost.