Day of Infamy started off as a simple side mod to Insurgency and has now released as a full World War II shooter. The game is focused on infantry based combat having players storm locations in large numbers attempting to gain objective based positions. Teams are split into divisions to create a tighter squad based design with in-game audio that can be heard by all in proximity for extra realism. The combat also follows this design being intense, quick and deadly with any bullet possibly causing death. The game is multiplayer focused with the competitive area being the main area of play with a cooperative section as well. In the cooperative game players work together in small squads to take out hordes of enemy troops. This is a decent side addition that works well enough adding a tactical element, but the competitive section is the soul of the title. There are also some single player practice type modes and these aim to help players ease into the different type of combat presented in Day of Infamy.

The game includes ten multiplayer maps for regular rotation with full Steam Workshop support for more maps and other content. It also features ten objective based modes that work well on the variety of maps. They have everything from war torn cities to frozen forests and all of the maps feel authentic to their settings. The world also looks quite great as that was one of my worries during Steam Early Access and it's very clean for launch. It's by no standards amazing, but great looking providing a gritty yet realistic looking environment. This is also true for the weapons you use and the soldiers you're in combat with. The maps are cut to the design of objectives by following certain linear paths and shapes for attackers or defenders to have travel routes. The shooting works well with a realistic take on action and strategy is damn important here if you want to get anything done. 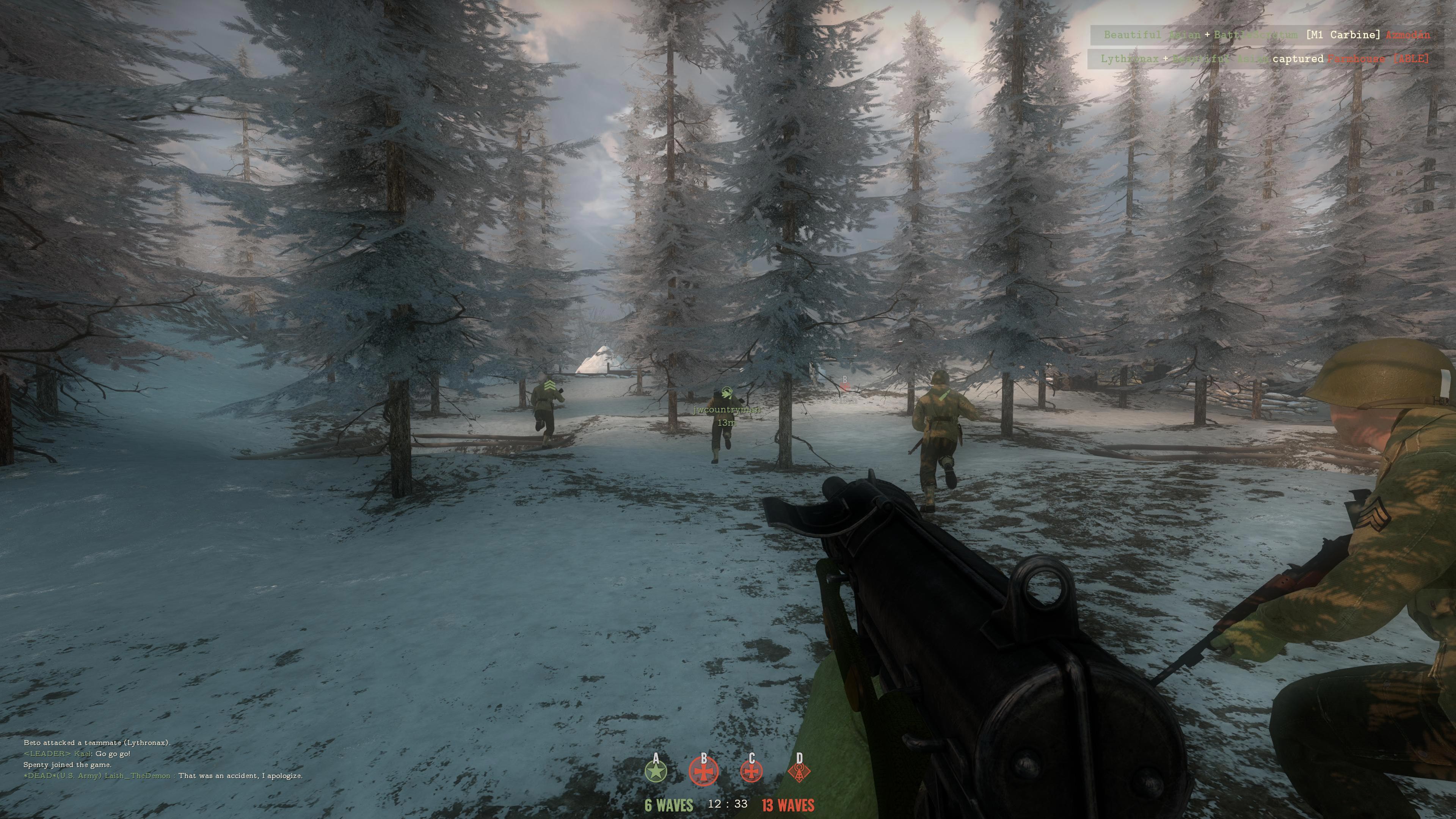 Day of Infamy is a great effort bringing a solid World War II shooter together that offers realistic and intense multiplayer action. There's also the cooperative area if you'd like to enjoy that tactical side of things, but I really loved the objective focused competitive aspect. The maps were great offering a wide variety of environments and locations that were all authentic to World War II. The squad based combat works well in getting people to communicate or just get annihilated as a team. This works well as it gets people playing a role instead of wandering about or not participating in the action. The objective based modes were also entertaining with enough variety to make each match feel like a distinct mission whether you're capturing places, protecting them or making a push up a deadly beach.