Hive Jump is a cooperative focused pixel game based around cleansing hives in order to save humanity and eventually tackle the ultimate queen. It's a hardcore game in that the hives you face are filled to the brim with enemies and horrors of all sorts. The campaign area does carry somewhat of a narrative, but the core of what you do is attempting to push forward by controlling bases. This is done on a map, where at the start both factions control a side and you need to advance. This is turn based in that you can buy upgrades or defense items for your bases and then attack an enemy swarm. The levels are a 2D adventure of death where you respawn by holding onto a tactical jetpack. You'll most likely lose many lives and even then the success rate is not every high. This can be played in single player or with up to four players locally or online. Playing together does make things easier, but is even more chaotic and death still follows you. How you do in the hive determines what happens on the map and when the hive's turn comes around they'll do a mini cinematic battle against your bases.

Aside from the campaign is an Arcade mode where it's straight up combat and Challenges mode which offers multiple options to add extra gameplay value. These include set challenges, ones for the particular week or even an endless one to put your swarm cleansing skills to the ultimate test.

The graphics are done in a pixel design that looks beautiful and it's great having this little space marine blasting their way through deathly locations. The worlds look fantastic with a wide variety of settings, creatures and deathly additions to run by. It's also procedurally generating so the environment is always fresh and will constantly provide hardcore new challenges. Creatures drop a goo type substance which acts as currency and you generally aim to collect this for upgrades that are available between hive menus or before you jump into a hive. These upgrades are essential to help in survival as your abilities and weapons will get a boost. There are also some secret type areas to discover while moving through the hives with some fun jokes thrown in. I also quite enjoyed the audio aspects of the game as everything sounded great and the music added a nice ambience to combat. 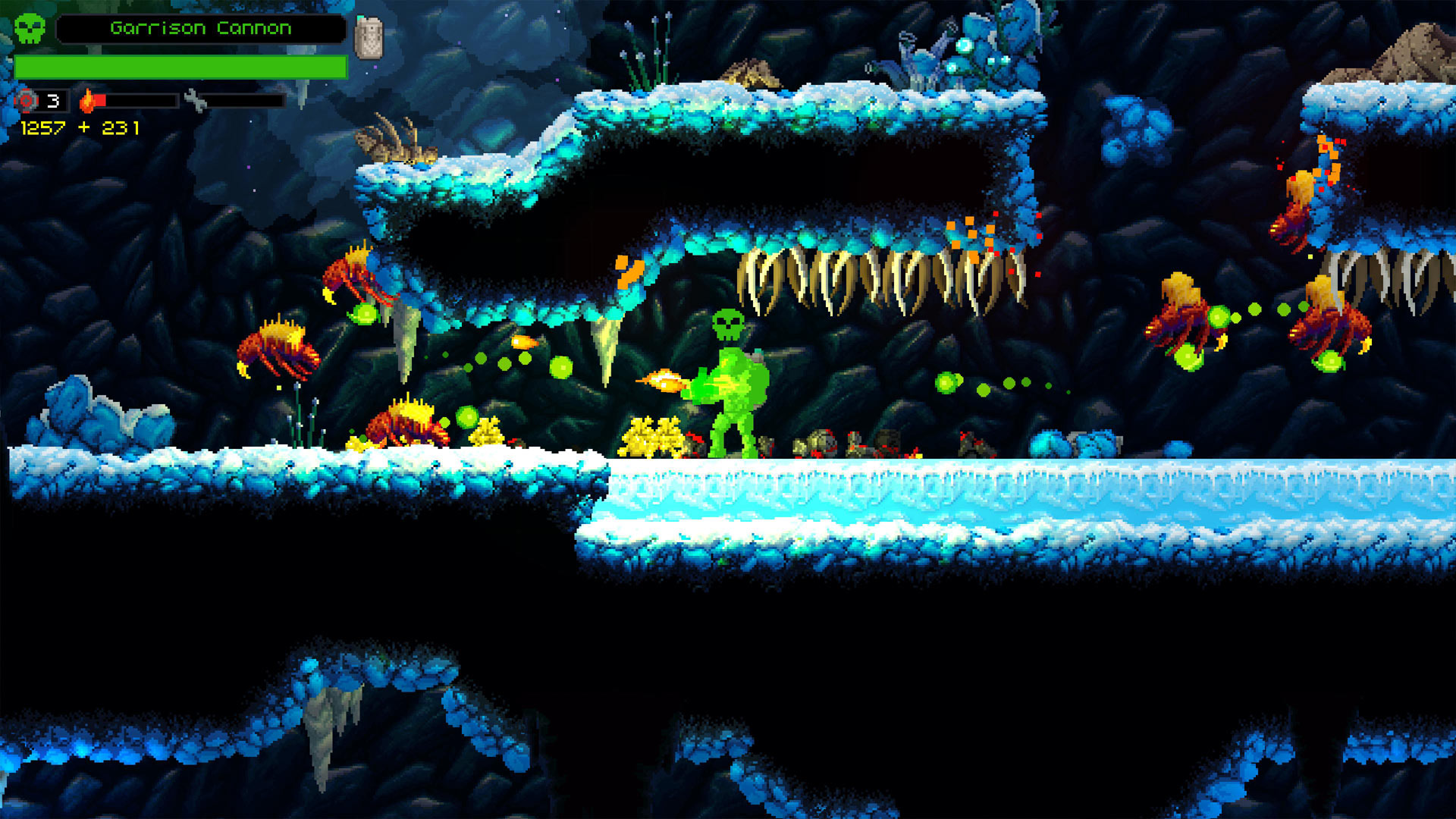 Hive Jump was a great experience featuring many treacherous hives to explore and a number of dynamic environments to blast through. It's even better if you have a full four player squad of marines to battle with and it was nice to see this option available for local or online multiplayer. Not to say that single player doesn't run fine, it's just that much harder to tackle by yourself. The campaign was unique in its design and it's nice that there were a variety of supplementary modes to play as well. With procedurally generating content the hive will always be a fresh and exciting place to die in and the world is certainly a welcoming one. It's filled with many exotic creatures, deadly environmental traps and places that will test your bug blasting skills.