Warhammer in general gets many game releases every year with a variety of takes on the franchise, but none are so true to the actual game itself. It may not play exactly like it does with the minifigures, but it does aim to emulate that sort of experience.

In Warhammer 40k: Sanctus Reach you mostly play as the Space Wolves in conflict with the orks and these two are the most ruthless of the factions in this universe. There are two fairly long campaigns present with Stormclaw and Hour of the Wolf which are played out in a scenario fashion. It doesn't contain any sort of narrative here and instead throws you into skirmish situations.

This works fine, but for those looking for an intense narrative it's just not here. The game however is great and these events were well crafted with a variety of objectives as you make your way across the campaign maps. There are even some levels where you can choose the units to deploy out in the field with a resource limitation and this brought some extra strategy into play.

Aside from campaign and my favorite aspect of the game was the Skirmish mode where you can setup a variety of scenarios to fight in. You can choose things such as the terrain; the size of the maps, the units available and many more options to make each battle personal.

There are also various objectives to select as well and this mode certainly offers unlimited replay potential. Mirroring this mode is the multiplayer where you can battle others online in similar scenarios and combat with ranked options available.

Returning to the aspect of emulating the tabletop game, each world you play on is a board that's divided into squares. Each group of troops act like their tabletop counterparts only with animations during combat. It feels very authentic in that regard and each group has a limited set of options per turn.

These actions include things like attacking enemies, moving or taking cover in the debris that can be found scattered around on maps. The graphics are fantastic and filled with beautiful detail to the smallest scale. Each troop looks great capturing their miniature perfectly and offering great combat moves. It was very pleasant to see troops get grinded up with gore by chainsaw or blasted into pieces by tanks.

There's also such a wide option for troops available in the standard campaign or skirmish modes with some expanded customization in the create your own campaign type area which was a nice feature. There you can create your own maps and build a custom Warhammer 40k experience to enjoy. 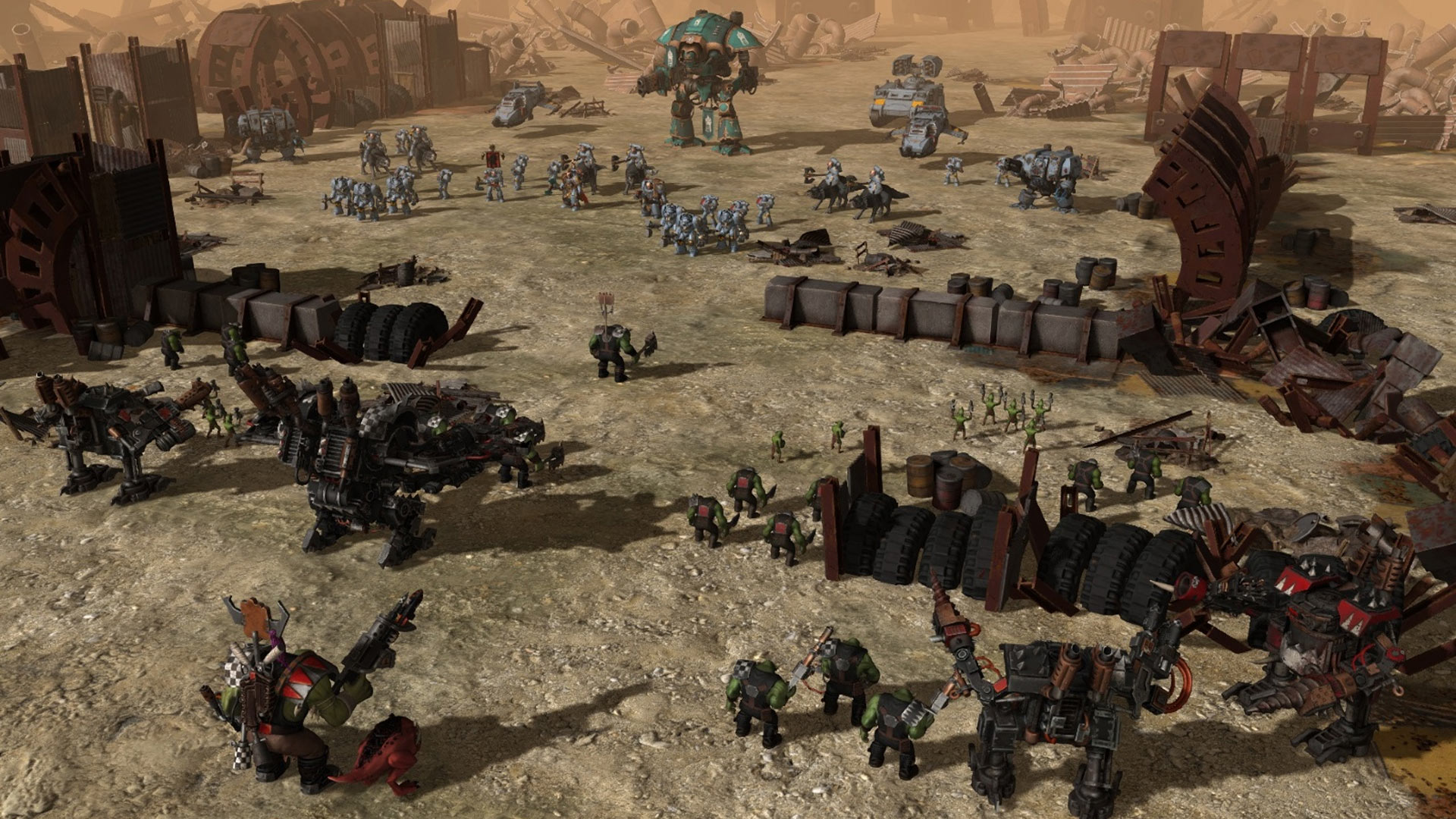 Sanctus Reach really does capture that Warhammer 40k feeling just right and offers a solid strategic environment. The world looks beautiful with many small details that help bring the setting to life and the troops were well detailed.

The campaign could have used some sort of narrative or more of a flow, but it works well with the type of game this is. Multiplayer and Skirmish will probably be where the majority of time is spent for players anyways with those areas being great experiences. This is definitely one of the best ways to play Warhammer 40k aside from getting into the tabletop versions and one of the best video game takes on it.