"The Corn, it Talks"

Maize is certainly one of the oddest games I've ever played. I was initially expecting some sort of horror type experience with a bit of a comedic twist from the description, but it's crazy. Starting off at the base of a corn maze you move through the crops until you reach a deserted and creepy farm house. The map is open in design, but definitely a very linear experience as you rarely feel lost though certain moments of confusion can arise. Once in the house you go around collecting items and odd ones at that such as a bath plug or nail clippers for quick examples. While collecting items you'll notice they can be used with certain environmental things and in turn continue your progress. There are many wacky things to do and I'm going to steer clear of any important plot details. It does initially carry a nice creepy exploration vibe at the start though it gets a bit crazy while being a fun time. I also felt as though it carried a Portal type theme to it as you continued to explore meeting some engineered corn among other creatures you come across.

Playing in the first person perspective you go about holding a wide range of items with everything from an English Muffin to a severed hand. These all are used throughout the game for progression with a wide range of uses. I didn't find any of the puzzles to be particularly difficult as the guidance felt linear though I can see a couple areas where some might feel a bit of challenge. It also does get a bit more cinematic at certain points and those were well done and offered a different look at what was going on. The world is absolutely georgous and dense which is wonderful. Everything feels real having piles of items stacked within them and it's one of the more lively environments I've been lucky to have explored in a game. The characters are also a lot of fun and I particularly liked a fuzzy companion you gain later on. 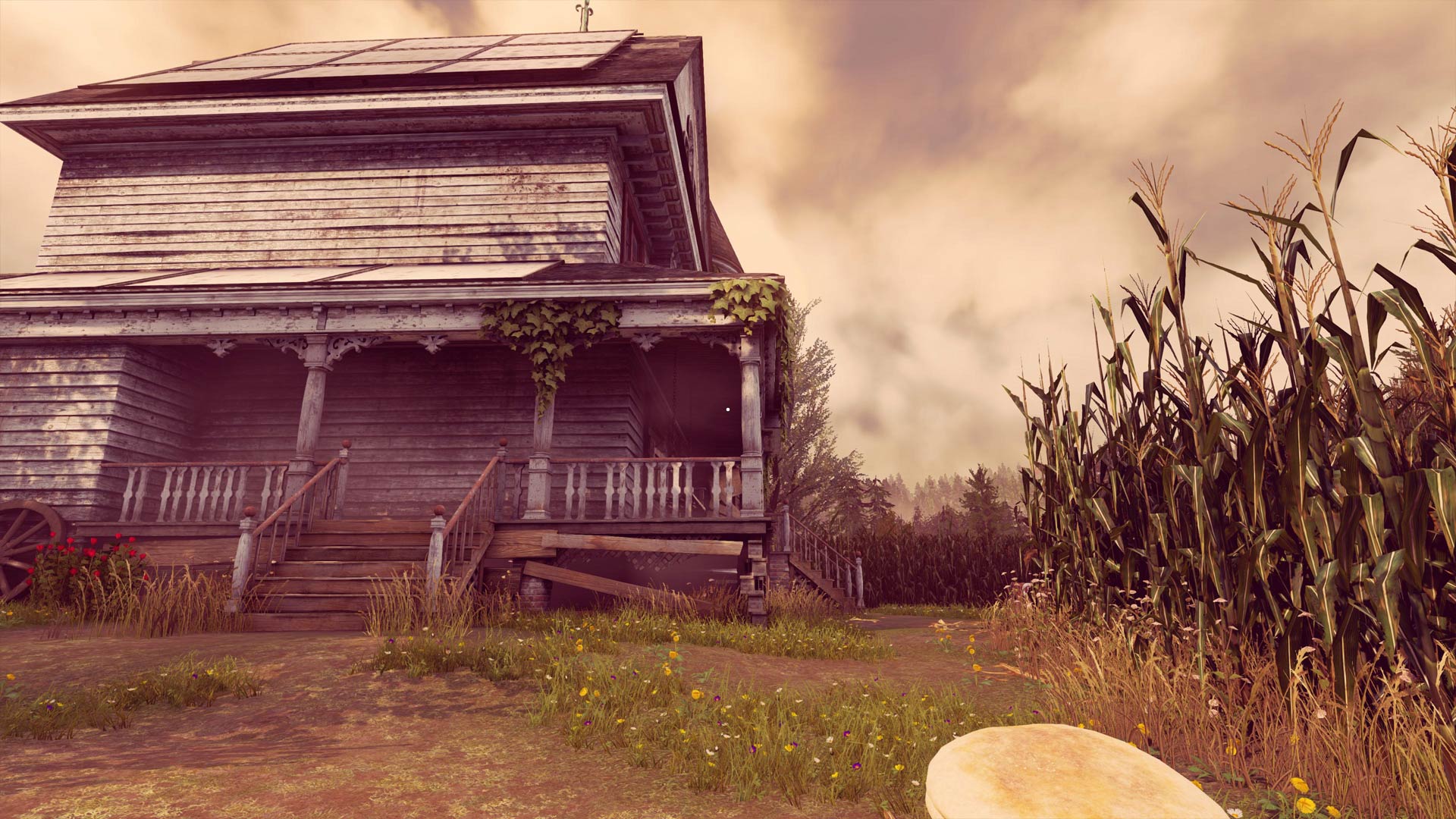 Maize is a few hour journey depending on your ability to move through the environment and a great time. It's got a charming story full of odd turns and a plot you'd never expect. It initially has some horror themes to it, but that's not at all what this game is about being more along the lines of Portal. It's got a wide range of activities to do, areas to explore and despite being linear in scope features a wide open world. I really enjoyed playing through Maize and it certainly surpassed my expectations providing a full story with a plot that I could never have guessed where it was headed.