Townsmen is a simulation type game where you control a society during what I'd assume is the middle ages. You're goal is to create a town of people and help them grow while taking care of their basic needs. You can choose to play a selection of scenarios that act as a campaign of sorts or just straight up sandbox for open ended gameplay. The scenarios seemed simple in what their goals were, but each level was actually complex providing a solid amount of time as you worked towards the objective. On the other side of things the sandbox mode allows a wide range of terrain options depending on what you'd like to do and you just build. It's not quite that simple as you need to unlock things and progress, it's just that there aren't any goals swaying you from doing anything. The game also feels very similar to Age of Empires just minus the combat side of it aiming to provide a creation simulator. It's almost like controlling the lives of a series of ants playing a god roll in how their society turns out.

This is very much a real time strategy title as you control the gameplay from the overhead perspective. It's quite easy to learn just by playing, but there's also a tutorial if needed. The goal is to create structures, gain population and unlock new items. This actually provides many hours of gameplay and it was surprising how much depth was present despite not having combat. There are bandits that occasionally arrive and you'll need to setup some defenses to watch over the cities you create. Being a managing game you'll need to watch for citizen happiness, resource control and use the marketplace efficiently for good trade. Resources are collected from the many differing buildings you create and quantity control is important. There's also a crown resource that gives an allotted amount from the start and the option to gather more by completing general objectives. This is reminiscent of the game's mobile past as they can be used to rush production on things, but it doesn't really do anything negative gameplay wise. 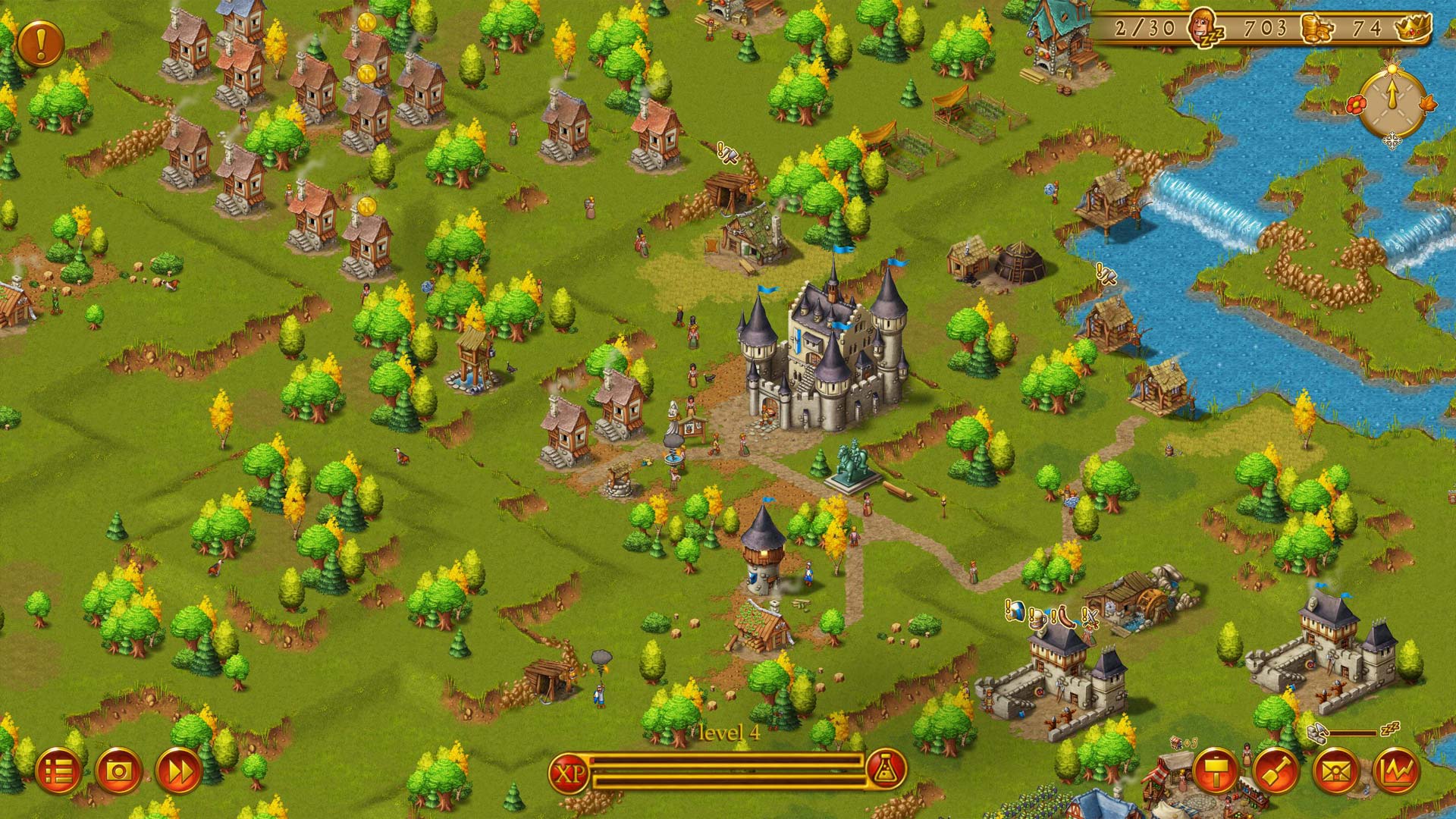 Townsmen is a great city building simulator that takes the feeling from Age of Empires, removes combat and still works. I was surprised at the amount of depth present as well providing many hours of gameplay which was great. It's got a wide selection of buildings to create with a wide selection of things to unlock. There are also a number of managing options as you select workers for places or resources in order to grow the city. While it might seem basic at the start it does grow well and it was interesting to run a medieval city. There's also a good selection of content between the focused scenarios and the open ended sandbox options.