Planet Coaster brings the Tycoon series back from the dead in pure beauty offering a set of tools to make the amusement park of your dreams. It's almost limitless in concept offering full Steam Workshop support where there's already a wide list of items to enhance your park and that should create a longevity to the title.

Not only does it shine with beautiful graphics, but it also features a wide range of modern items and realistic building settings. You'll need to test your rides, build entrances and exits with the option to bring in the fast pass which is a regular thing these days. The main focus of gameplay at least for me was the Sandbox where you basically just tweak settings and take on the game how you'd like.

There's also a mini stories type area which isn't quite a campaign and a challenges mode where you attempt to tackle the missions with certain constraints. Those were decent sections, but not a whole lot of difficulty to be found in the game. I'm personally just a fan of running my own amusement park without constraints though I am well aware that those are features many people care about. I also found certain management options to be limited, but that's not to say there isn't just a ton of things to customize.

The game is stunning, there's a wide selection of options to tweak graphics and it just shines. Not only is the world and the buildings beautiful, but the particle effects are amazing. You can create a number of custom areas with water, lights or other special effects to further enhance your park. You get to add in scenery to spruce places up, create your own coasters or even buildings combining set pieces into blueprints.

These blueprints can of course be shared online for others and that's going to really build on how long this game will last. Everything can also be tweaked for colors, ride enjoyment and how much you want to make off of rides. You'll also need to manage the park staff including everything from maintenance to entertainers which you can zoom in to see them performing around the park.

It's also incredibly simple to control in regards to placing rides, creating paths and generally managing everything. It also runs quite well though I did notice some performance issues when the park grew to larger sizes based purely on the amount of people at the park. This is understandable though as it makes sense with all the computing happening at once and was never too big of a deal when playing. 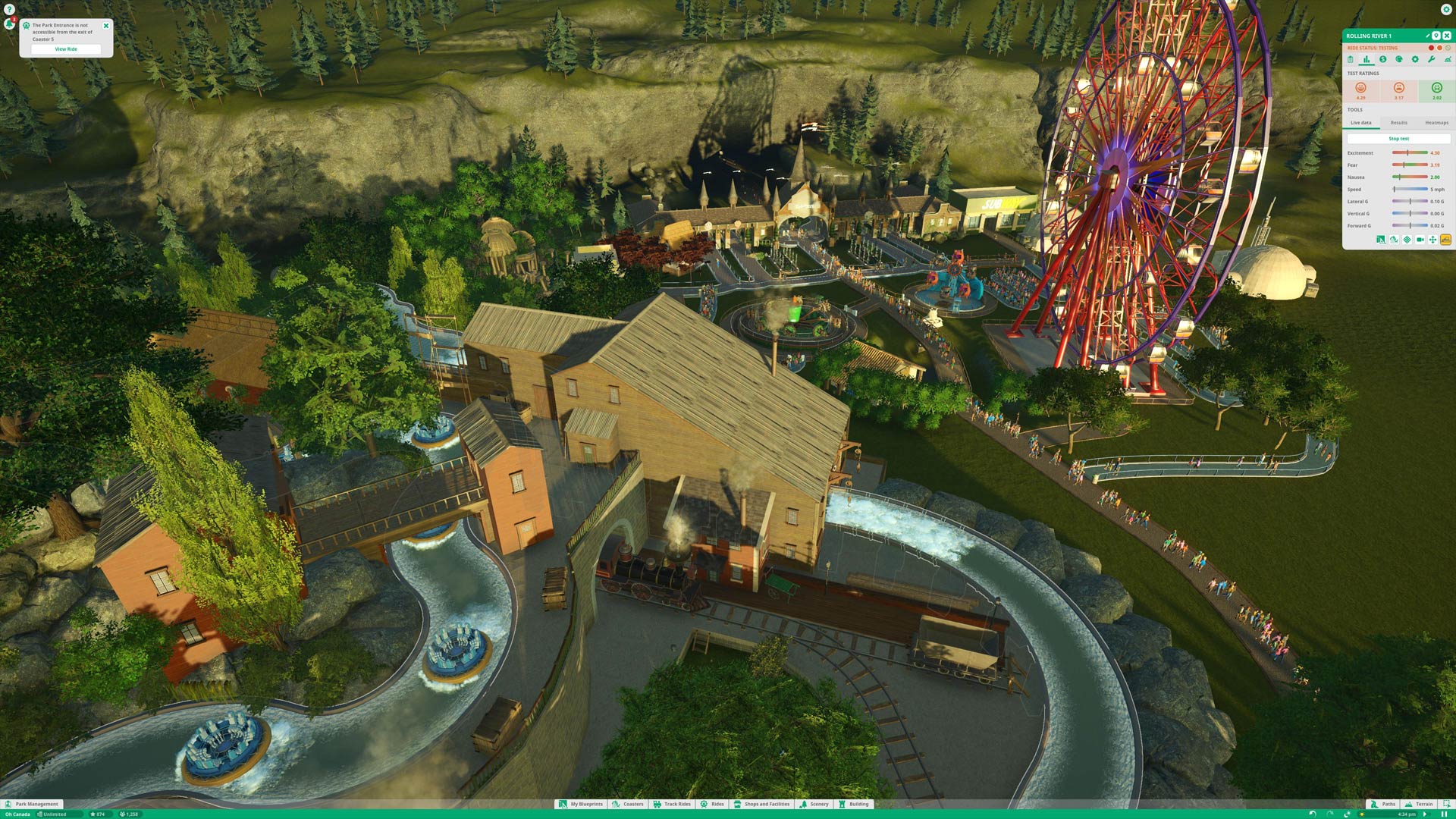 Planet Coaster is definitely the best Tycoon type game of the modern times and it looks like this one is meant to last. It's a beautiful game featuring an open canvas to build whatever sort of amusement park you'd like. Tweak the settings or tackle the missions for a more confined experience or just create whatever you'd like to.

There's going to be great longevity here with people creating content for the game and there's already a ton available. This only builds on the fine selection of items present within the title and I do hope we continue to also see the developers release occasional to creations. Planet Coaster is a beautiful and special experience allowing players the ability to create an amusement park however they'd like.