Senran Kagura: Bon Appetit is a rhythm based cooking game where you choose one of the lovely ladies and play their unique stories. The game presents a separate campaign for each of the ladies as to why they're cooking providing countless hours of gameplay if you'd like. There's also a quick cook arcade mode where you can battle it out in whatever scenario you'd like and also a competitive cooking mode as well. As with all Senran Kagura titles you can venture into the dressing room and change up the gals however you'd like with new costumes unlocked constantly. It's tasteful though very much a sexually charged game with each round causing part of your opponent's clothes to get ripped off. This is timed between multi-layered rhythm hitting between a solid selection of keys. The rounds are then judged by this ancient yet hilarious individual that yells decisions out there with many great phrases that build excitement.

The characters and animations are great with a high sense of quality even up to 4k resolution though I did notice a number of titles looked fuzzy. This is most likely due to the nature of it being somewhat a port, but overall it's still a fine looking title. The rhythm based gameplay was fine offering a good variety of options for difficulty and symbols to hit. It felt natural on keyboard with an easy system, but it's important to keep focused as the battle could sway either way at any point the battles. The food also looked great with a wide variety of things to cook and the plates were magical when fully completed. 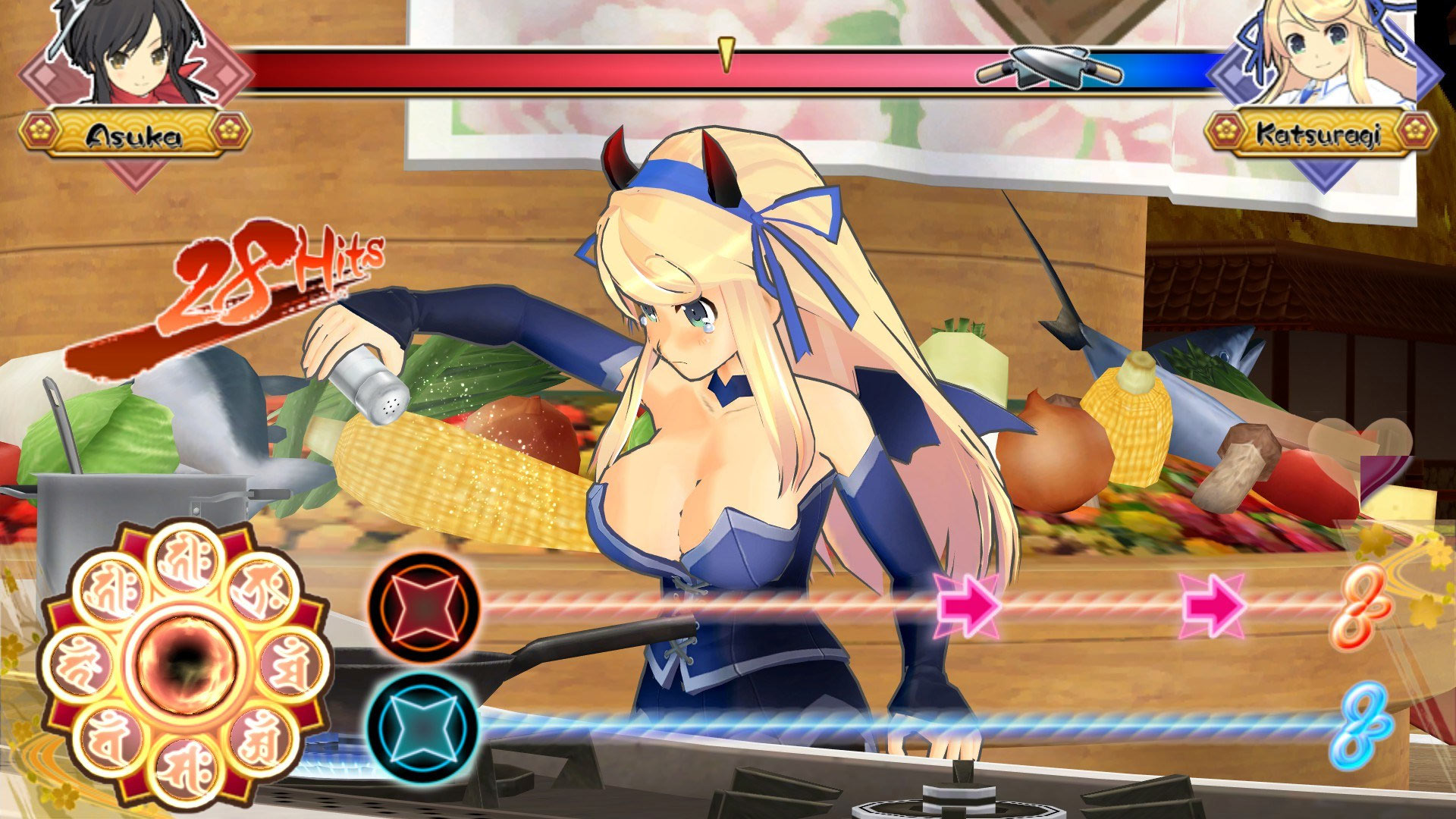 Senran Kagura is not a game series you'd typically like others to watch you playing, but honestly they're enjoyable titles. A bit sexualized for sure, though tasteful to some degree. The ending perfection sequences were particularly "exciting" and they got very creative with the use of food. The rhythm based combat was actually well done offering a challenge if you'd like and an over the top dramatic experience. There's a great selection of stories to playthrough with a wide range of women you can choose between. I enjoyed playing Bon Appetit finding it to be an entertaining time filled with hours of combative cooking time.