Through the Woods Review

"Run in the Woods"

Through the Woods is a running type game in that you're constantly moving quickly through a heavily vegetated forest in search of your son. Things start off slow establishing the sort of life these two seemingly lost individuals live until one day her son is being taken away by boat. In desperation she dives after the boat swimming as fast as she can in order to catch up, but it's in vain. Playing as the mother you follow a trail of left belongings that lead you through a desolate landscape of what was once a thriving island in order to find him. Things also take a mystical type of change as this game carries heavy Norse mythology traits and dark creatures within it. While the majority of the game has you running about in this lovely island there are some actual survival elements in that an assortment of enemies chase you. There are only a few of these segments in the story and while the idea is fine I found some of the enemies to be frustrating as they ignored what acted as your defense often jumping out of nowhere. In most situations this would illicit some fear, but I have never felt scared in Through the Woods aside from some chills at the start of it. Not to say I didn't enjoy the tale provided, it just wasn't at all horror despite being marketed as such.

The game looks fantastic with dense vegetation and gorgeous landscapes that make every second of the experience feel alive. Despite taking place at night most of the time there are many beautiful colors that shine through with the day portions being an absolute treat. You could tell that there was in-depth detail done to capture the beauty of a Norse land from the statues to the many iconic monuments you would visit. As mentioned previously you sprint or walk through the scenery using your flashlight if it's night and occasionally crouching in one of the few stealth areas or to fit into a small space. There's not a ton of interaction, but you can find secrets hidden throughout this lost world and they help build the lore. 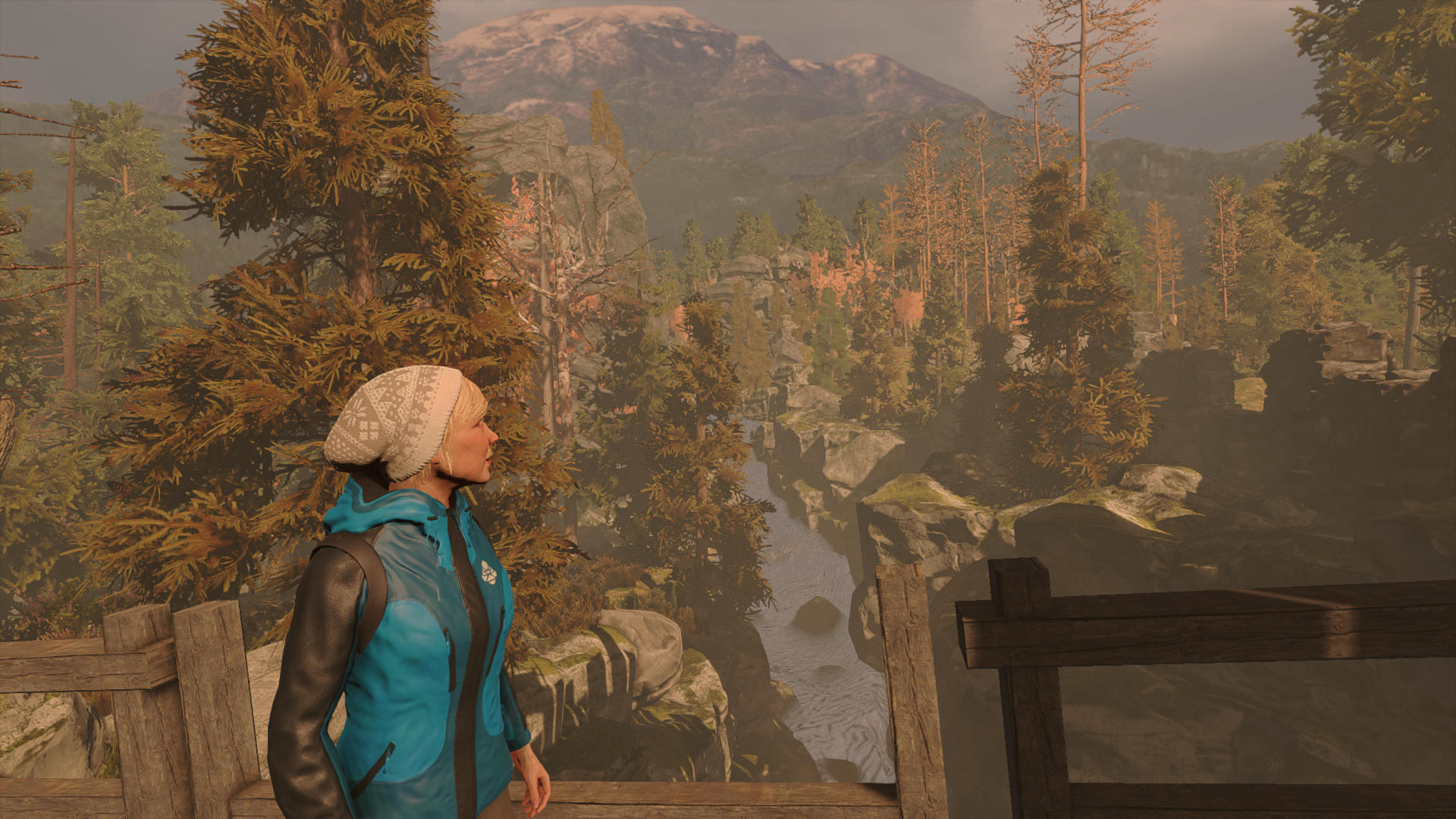 Through the Woods is a great couple hour adventure taking you through a desolate yet lovely island filled with sorrow. The perspective of the mother was also well done in the tight third person and her tale that developed over the course of game was interesting. There were some predictable elements to it, but I found that it still did have some surprises. I didn't find it to be scary at any points and the enemies while great in concept didn't work well with their invulnerability to what's suppose to assist against them. I still found Through the Woods to be a worthwhile journey and an interesting adventure in a very lively forest.

Through the Woods for PC
Review Code provided by 1C PR