Hide and Shriek is a 1v1 competitive scaring game where your goal is to shriek at your opponent or score more points within ten minutes to win. This is done on a single four room and a hallway map taking place within a school where both players are invisible so anything could happen. While extremely limited in quantity this game is actually really fun and a great time. The level is also incredibly detailed with some great graphics and effects when certain runes are unleashed. The runes are the basis for combat in the game as you collect the little stones that are lying everywhere to either fire or combine with other runs to get better effects. These runes can then be placed onto objects or directly used to attack the other player. It's not entirely about hitting your opponent and more to the effect of revealing them so you can give them a good shock. There are also these colored balls that can be collected for big bonus points once placed on altars lying around the map.

While tiny in size it's a very competitive space and it works perfectly. I have no complaints in terms of quality as this game looks lovely and is filled to the absolute brim with details. Certain things also get switched each match as well for added surprise while the environment itself does stay largely the same. The special particle effects of attacks looks damn mystical and are fun to unleash. It can also give you a good jump when you get surprised by something or when you get shrieked by someone else. Players also get a special calling card skull as well for their shriek which can be customized in the menu, mine was a slightly scarier version of Hillary Clinton which was comical. Aside from shrieking you're also able to sprint quickly if needed and do some basic interactions to search for items that can in turn give away your position. 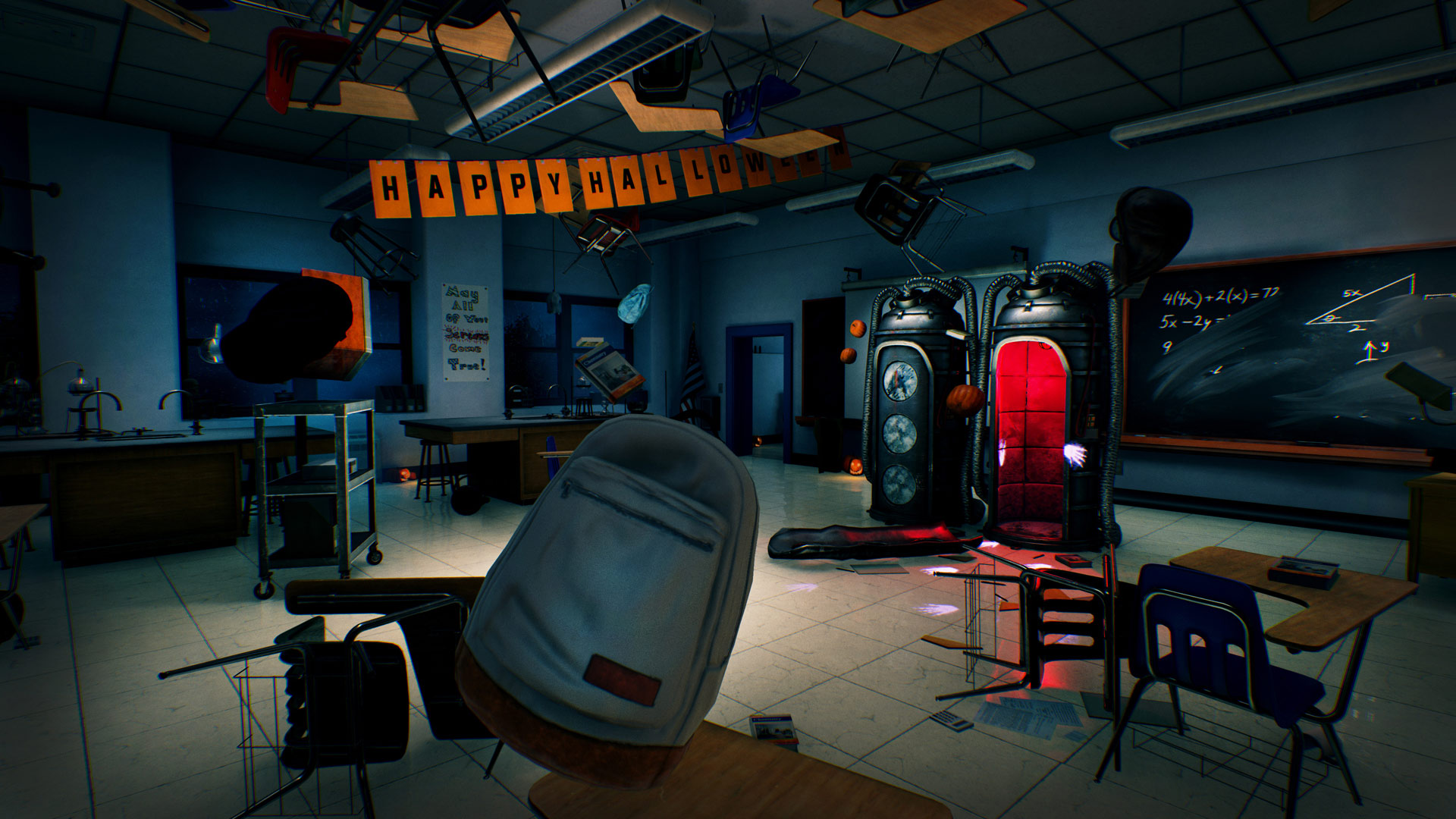 Hide and Shriek works really well being a great simple game to play against others online through matchmaking or even just private matches against friends. It's got fantastic replay value by having random opponents to play against and no single match should feel the same. It's also oddly competitive considering the goal is to get spooky and scare each other to death. My biggest issue was just content as it includes the single school map, but in comparison to the pricing of the title I suppose it's fair. Funcom is definitely on to something with Hide and Shriek as it's a thrilling competitive battle.