Rocket Riot is an explosive pixel game where everyone has lost their legs and they're forced to fly around. This is at least the basis of the core story and you'll need to move through levels to deal with person that caused this. There's just an absolute pile of levels available in the game so there are hours of gameplay to be had and this also extends to bonus campaigns as well. Not only do you get the core story, there is also a good selection of smaller yet still large areas to play. While the content is vast and full of variety it does feel somewhat similar throughout. This being the core concept doesn't change much as it feels like a series of quick battles against the AI thrown together. Each map is set and you just fly through it either eliminated enemies, collecting objectives or battling a boss. Despite being basic in that way it does have just a ton of content and online multiplayer if you'd like fight against friends as well. The boss fights were also fun with each having some sort of crazed twist or wild enemy to take on.

Movement is simple where you shift around with the directional arrows to fly everywhere and just shoot things. You can also find power-ups hidden within the levels as you literally can destroy almost anything. Each area is filled to the brim with 3D pixel models that make up the environment and seeing them explode is very pleasant. It's great seeing such a wide range of pixels be blasted and just sprawl out over the area. Back onto the power-ups, these vary in design from a prop gun that doesn't help to shooting three rockets at the same time for ultra destruction. There are also hundreds of characters to play as which complements that massive selection of levels well. 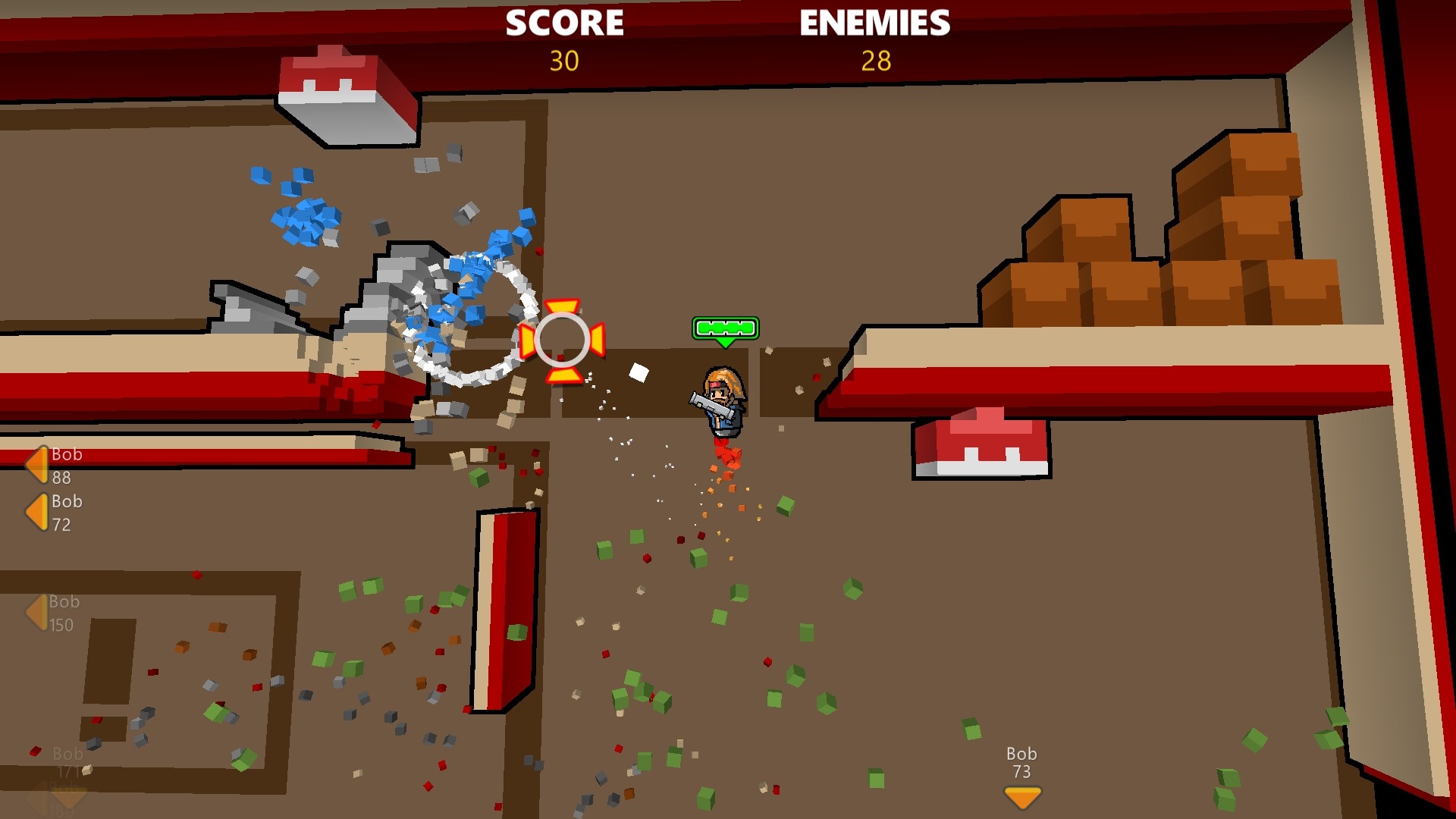 Rocket Riot was enjoyable being a fun shooter with great graphics that actually pop. There's a huge selection of levels to play through and they all bring a distinct style with them to feel unique. I didn't find the story to be very in-depth, but it does provide a bit of tale to play off of. The core concept does feel a bit stretched though and it would have been nice to see a bit more complexity within those levels. That aside if you do like to go around blasting things then there are almost too many levels to do so on. It also helps that the game looks nice, handles well and is fun to play.