Diaries of a Spaceport Janitor Review

Diaries of a Spaceport Janitor puts you into the role of a space janitor and your goal is go around collecting garbage. It's really that simple and while there are more complexities to it the game doesn't exactly push you to do anything. Each day you'll need to grab a snack and eventually sleep to recharge though you just collect junk. Things start off on a typical day of mundane tasks and then you get the call of excitement. This leads you into a dungeon area which eventually has you get a floating skull pal, apparently you're cursed though he just follows you around roaring so somewhat a friend. There are some quests of sorts to do in the world as you come across some notes or even just follow the skeleton curse yet I spent a few hours just simply walking around collecting junk. It really doesn't seem to care what you do or even lead you towards doing anything. The area is just an open market where you can take in the sights such as musical bands, a weird assortment of NPCs to chat with and markets to maybe on the odd occasion collect something to sell to them.

Diaries is rather unique in that it takes a classic design of 2D world presenting as 3D and brings that to life once again with wild colors. This type of design hasn't been used in ages as it was considered part of the transition to full 3D and this game rocks it. It's a very open world to explore and there are piles of junk everything that can be collected to incinerate or put aside. Your job is to burn the trash and you do get paid each day based on performance so be careful to have enough coins in order to buy things. Aside from buying essentials there are magical items to buy, items for luck prayers and a gender change costs. You need to change your gender every few days as the world gets hazy and it's hard to complete basic tasks while this effect is in motion. 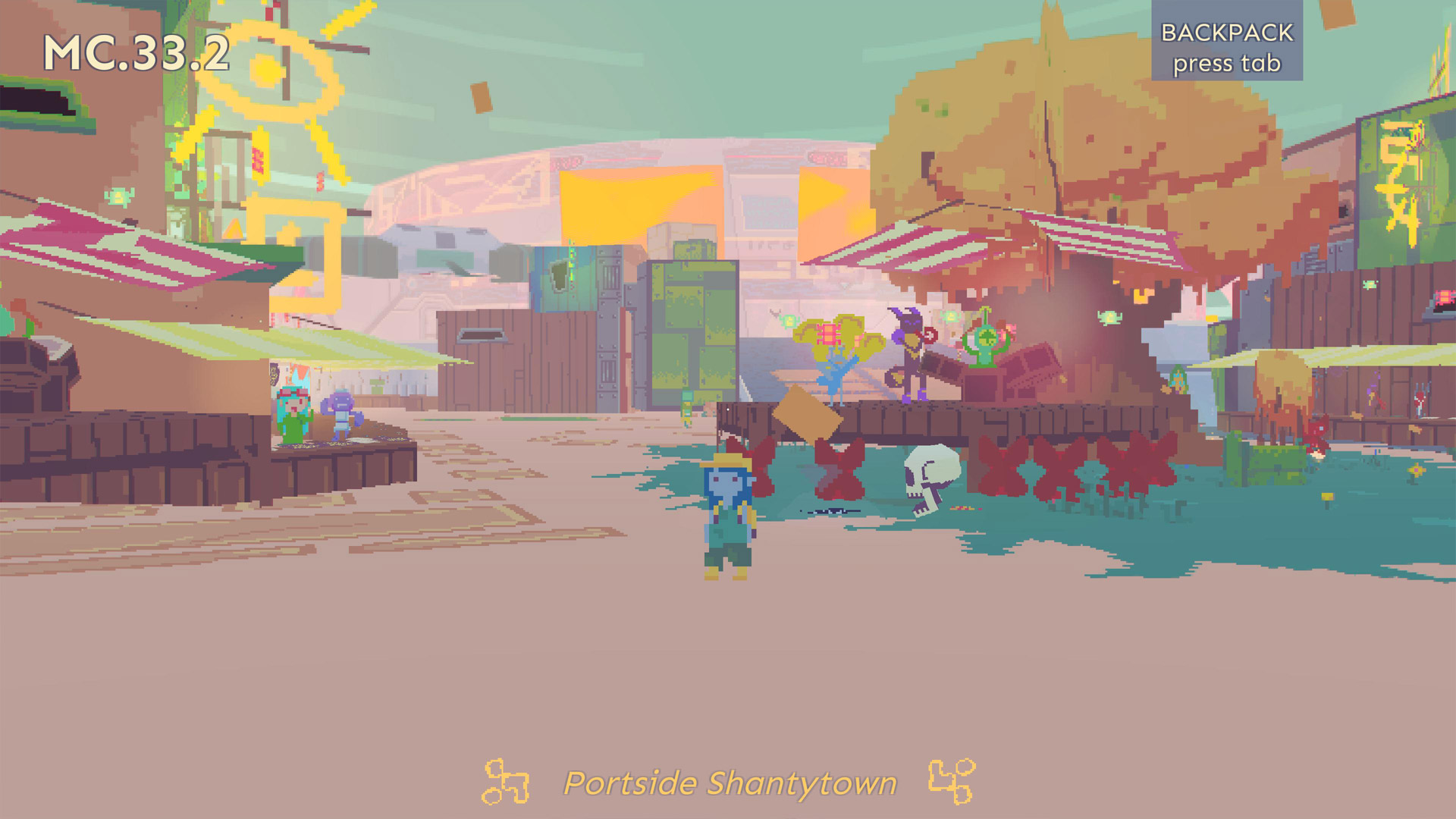 This game is straight up weird, crazy and just bizarre yet I loved playing it. There were no stakes, I had a weird skull soaring around me and I just happily burned trash up. It was a more casual time that didn't care what I was doing and while I was stuck wandering I just enjoyed interacting with this lively market area. I think there might be more to do in it though with the complete lack of direction I didn't get much done and still had a solid time. This is another odd title in that it won't be for everyone though if you're looking for something completely unique in this period of time then it's well worth the strange visit.