Clustertruck is oddly, a game where you hop around on the back of trucks as they race down paths crashing into each other. Your goal is to somehow reach the end of this obvious clustertruck and escape across the line by any means necessary. There are points for doing certain style moves while going across the trucks, but honestly I was just desperately attempting to finish each level. It really is an odd game in that it functions fine in what the core concept is, it just feels so basic. The game also wastes no time in throwing random difficulties at you across levels with some areas just being a prayer to make it across. Making it or even surviving to the end is something of pure luck and I'm not sure there is any skill involved in this. It's a riot to play don't get me wrong as I laughed constantly at the trucks bumping into each other and flopping around.

I just don't see much value in the experience aside from it being a quick fool around or something content creators would share. It has Twitch Integration so your audience can "enhance" the experience by changing the world. The game also has Steam Workshop supports which works well in allowing the game to grow through random levels and anyone can make custom levels in the editor area which is nice. I've actually seen some neat creations already as I'm writing this before launch and I can imagine that will greatly increase the longevity of the title as the editor is expansive in options.

The worlds look nice being soft in colors though very basic in design. There's no scenery to speak of aside from some simple items such as trees or cliffs. You do however come across some fun environmental hazards such as ramps, gaping holes or even large blockades getting in your way. Movement is also simple as you just simply hop around to get where you're going though you'll have to be careful about performing your parkour movements as truck speed is a factor. While moving you can get additional points by doing certain tricks when jumping around and these add to your score. The score or points in general that you earn can be used towards the perk system that can grant assistance in your clustertrucking adventure. 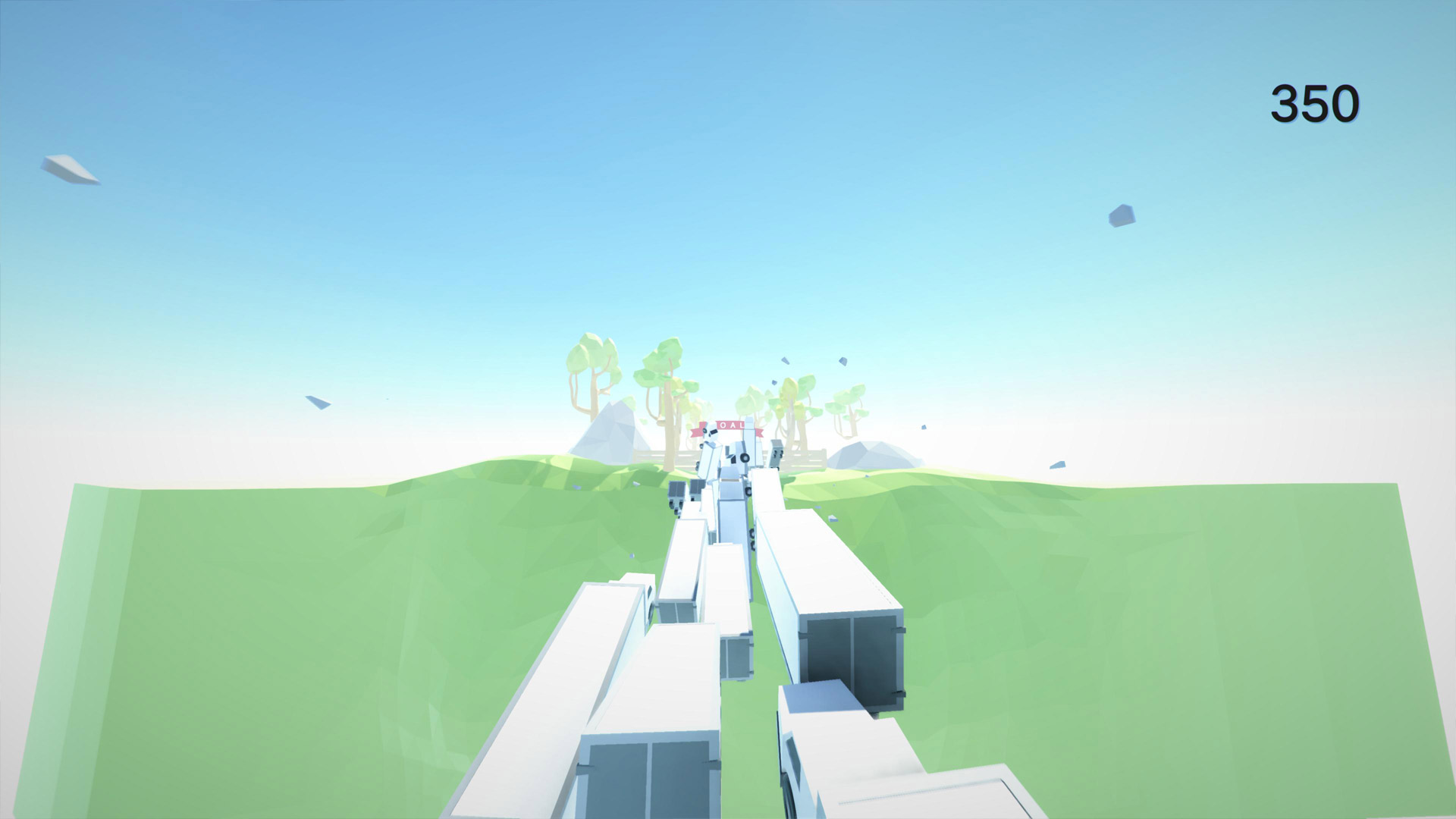 Clustertruck does bring with it a fairly challenging campaign that's a bit on the frustrating side with a focus on luck. This works fine for it as I'm sure some will enjoy the challenge of dealing with random physics based trucks slamming into each other and sliding around wildly. It was funny for sure, though as a game it's not entirely a full package. The editor mode is great as it's in-depth, fairly easy to use and will greatly increase the longevity of Clustertruck. That aside I can't see Clustertruck being a game for everyone as it does feel as though it's just made for content creators to entertain an audience.