Ember is a real time strategy game taking place in a land of past war where the factions rose up against the Lightbringers bringing about their eventual doom. Over a millennia later a resurrection has taken place where you're brought back as the last Lightbringer to bring peace to the land by destroying a coming evil. After coming back you quickly learn the basics of gameplay in this tight burrows area and then venture outward into the world. It's got a mostly open world design to it, but it still does feel rather linear with a clear focus on where to head. Being fantasy-like you'll encounter a number of races along your journeys and some more mystical elements within the story line. I felt the general narrative was decent thrusting you into the middle of this world with some places to explore outward. There was a decent amount of gameplay present, but for the concept you'd think there would be more out there aside from the main story. You could do some side missions, but for the most part you needed to do the majority of them to level enough to continue which was present right from the start and takes away from optional exploration.

There's a lot to loot in the game as you can grab a wide selection of items found lying in the world or within things such as crates. This variety continues with the beautiful world as it's got a great level of complex detail and variety within the unique worlds you travel to. Each location is also filled with a variety of creatures with some having interesting dialogue or side quests to tackle. The worlds were decent in size though nothing too massive feeling somewhat confined in comparison of the game's scope. When it came to combat I felt that the system was a bit cumbersome and that there was too much going at once. During battle you're in charge of each member in the team along with all their special abilities.

Without constant guidance they just go hitting along and you'll get slaughtered so you need to be frantically monitoring the situation. Luckily you're able to pause the situation at any time to use potions or just pop them out live using the hotkey area. Aside from being rather difficult it also wasn't particularly fancy and incredibly overwhelming when you reach larger party sizes. There was also a weird emphasis on sleeping in the game as I would do it constantly for the XP and that it completely fills your party’s health/mana bars. This made combat be a mix of attacking an enemy group, sleeping for eight hours and then attacking the next which was odd. 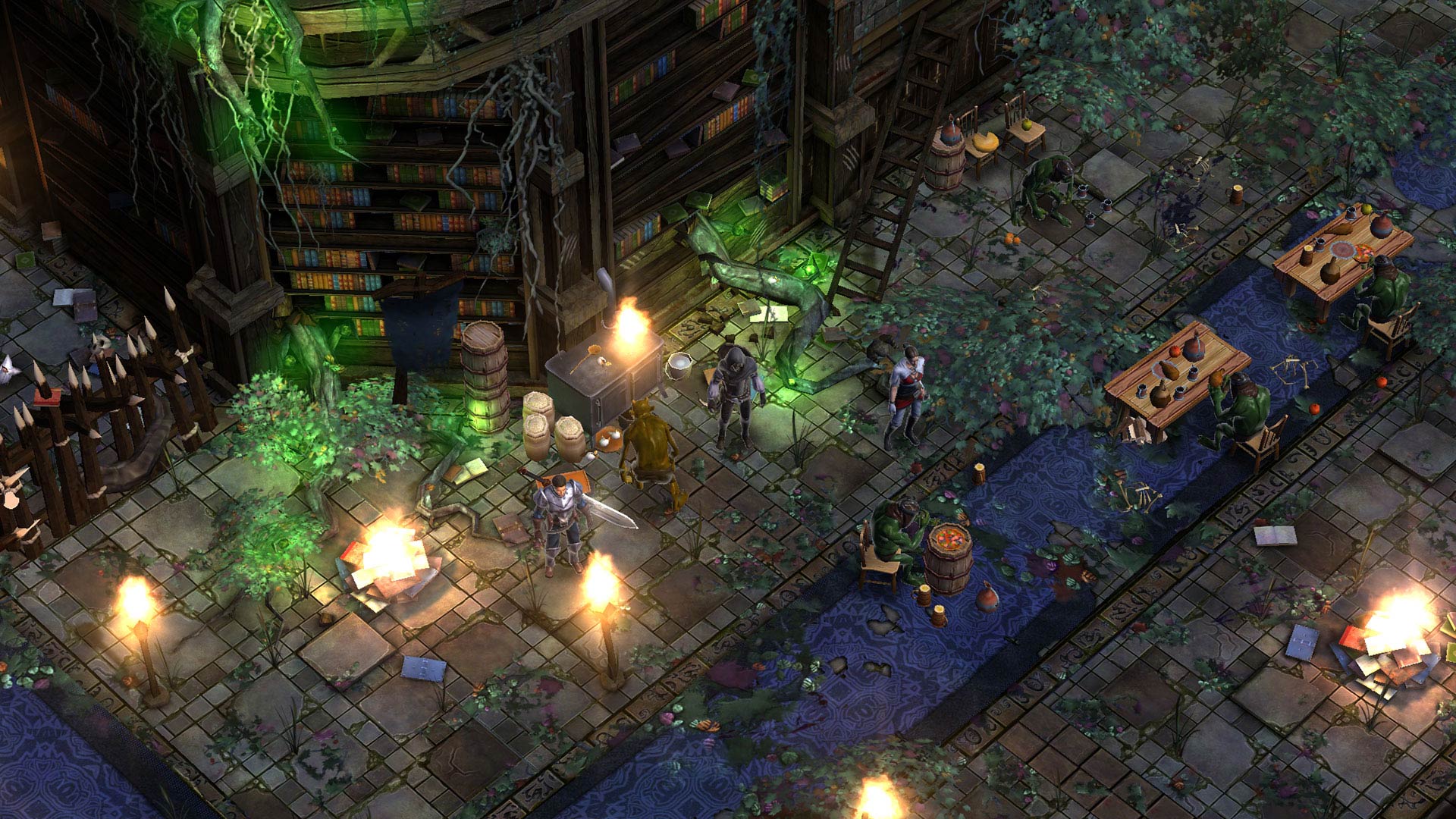 Ember was a decent game packing a great amount of campaign time to it though there isn't much to do afterwards and the experience wasn't entirely that compelling. It felt incredibly average in comparison to the other games I've played in this genre with very cumbersome combat. That aside the world was well crafted with great amounts of little details and it was generally enjoyable. I'm sure the fantasy fans out there will enjoy playing through it along with those of the RTS like. I just don't see a large appeal around the title and finding to be an average title.