"A Play of Death"

Talent Not Included is a game of adventure that takes place across a small stage with a hero that attempts to collect tokens for the best possible score. This is played out over a series of levels that are sorted into acts. Each act has you take control of a new hero as you continue along completing challenges. Each level contains an assortment of these challenges which prop up in real time and you'll need to grab the token to complete them. There are also coins to collect as you're attempting to get the best possible score out there on the stage. There was definitely a lot of charm here as well since it somewhat told a story, but was mainly a series of death filled pop-ups. After a number of levels you'd also have to face bosses within the act to continue as well so there was some decent variety. Each level was also fairly quick as I didn't have too much trouble, but I can see some tries might be needed at certain points. The campaign can also be played with two players as well if you'd like and that was just as fun.

It looks great carrying with it a very charming light hearted feel and graphics that were somewhat art book style. It had a pop-up book type of feel with just some more deadly traps and enemies to go around. The entire game actually presented really well and it felt as though the pace was quick with the constant shifting. I also liked how responsive the characters were when moving swiftly through the traps as I tried to race across levels. It might have been nice to see some more enemy movement as they were largely still, but that probably wouldn't have fit very well into the world. There was however great variation in getting you moving and the setup always felt different. 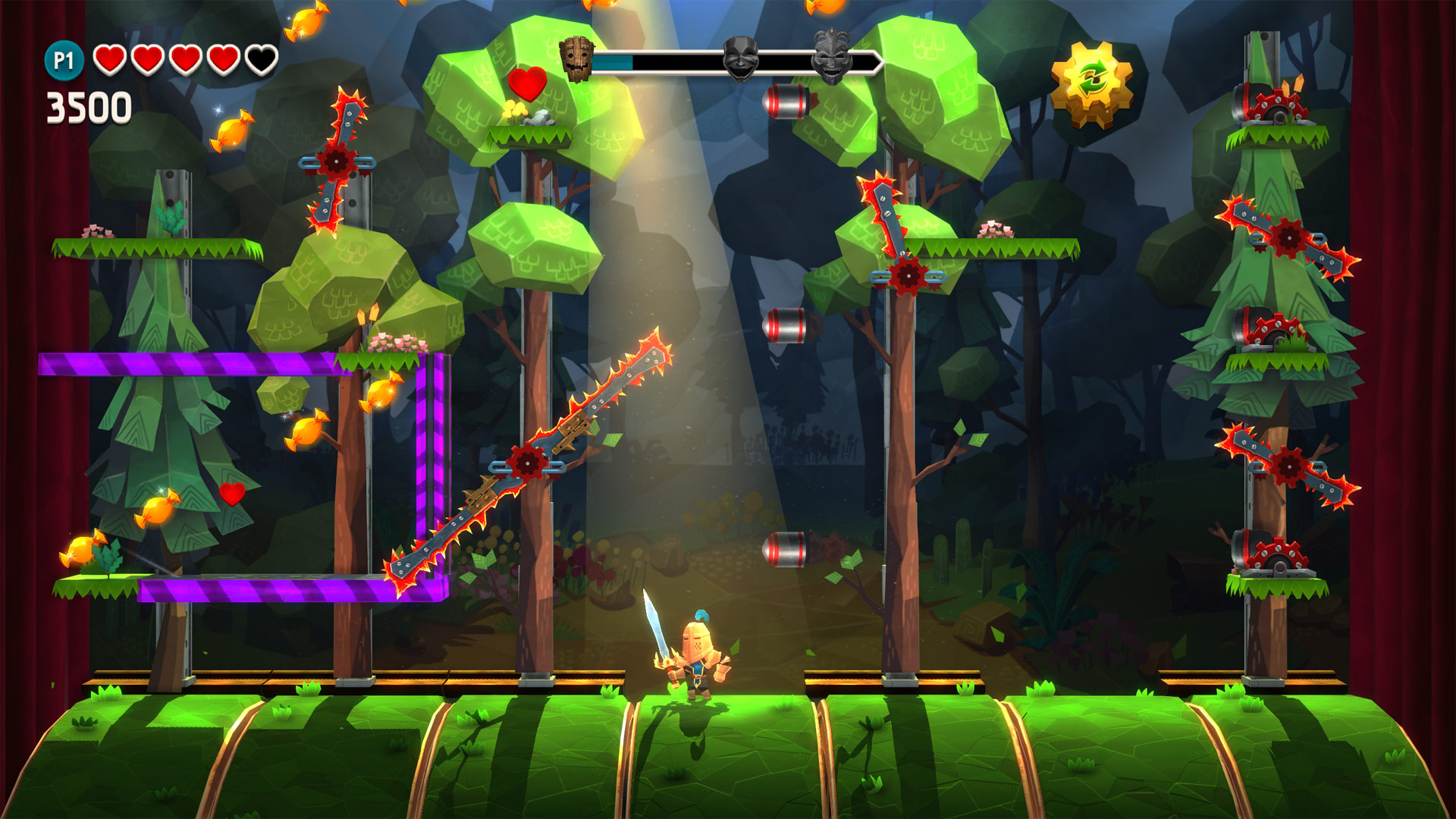 I quite enjoyed Talent Not Include as it a warm and fun game that still kept a solid pace of frantic movement. The levels were well designed and the entire concept itself was very unique. I also really liked the characters as they each brought something new the game and great movement. There's also a good amount of gameplay present across the acts and the multiplayer was also worth checking out.

Talent Not Included for PC
Review Code provided by Frima