Axis Football 2016 is a great improvement over the last iteration fixing many of the plaguing issues that didn't create a compelling package last time around. With the 2016 version we've given a number of improvements from the basics to the general presentation of the title. While it's not to the level of Madden it's not fair to compare the two and it's nice to see a Football game available on PC. The game currently supports a quickplay where you can battle the AI, play against a local friend or run a Coach match. Coach match is where the game simulates while you pick plays and watch from the overhead position. Aside from quickplay there's also a franchise mode which has some small options and also allows Coach mode. Axis Football definitely does cover the basics for a Football title in terms of modes and they run fine.

This is where the biggest improvement is for the game as the general look of everything has been enhanced. The menus are slick and the general presentation is much better. They also fixed the commentary so that it sounds proper and that was a huge complaint of mine for the last one. The crowds are still just paper cut-outs and there are still some players that just stand around. It also carries some stiff animations with certain players when hitting or generally moving around. It also doesn't flip the camera around during kick-offs which was annoying, but that can be overlooked as they don't come up too often. The design of the plays also looks much better and just a better design. For kicking there's a simple click for power bar and a click for aim bar which moves faster depending on how much power is put in, this works well. 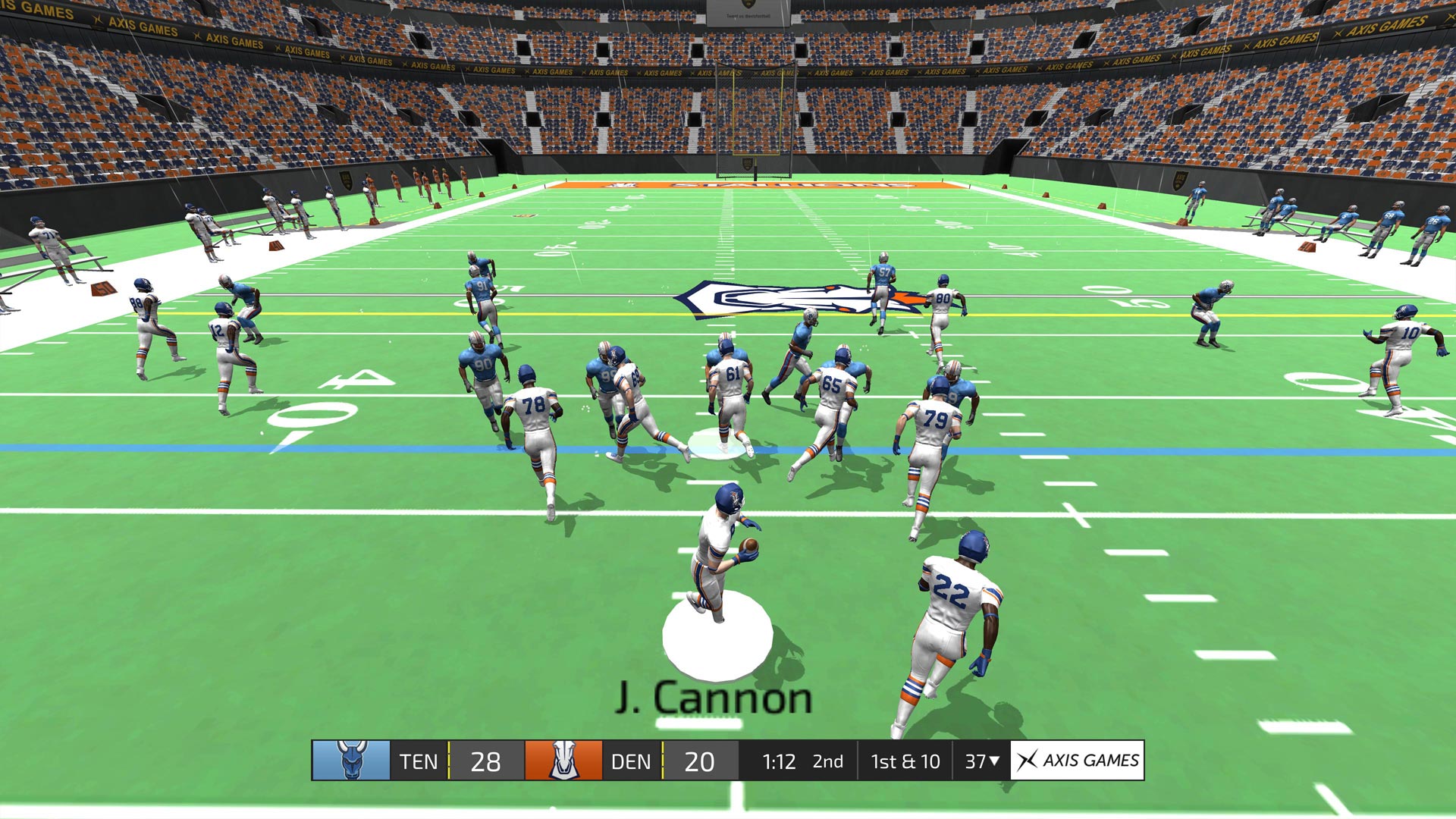 This year's entry is definitely a step in the right direction for Axis Football and it'll only improve over time. There's also mod support as well which will grow the title a bit over the year with tutorials on how to do so. It's not the most amazing sports simulation out there, but for Football on PC this is a solid effort. This version is also a great improvement over the last version and one that can be played without the many frustrations that came of 2015. The audio was seriously such a pain last time and now it's calming while fitting the play well. It could have used some more ambience to capture the environment of a Football match, but worked fine. Moving forward I hope to see some more work on AI pathing, the cinematics/environment of the game and just expansion on the core content. For serious fans of Football this is definitely worthwhile though for more casual players you might want to wait a bit before checking it out.