Just Deserts is a visual novel that also includes a number of turn based battles as you attempt to woo your fellow soldiers and take on the alien threat. Under unknown circumstances you get brought into a military base where the core group are all females with various skills and you're left to freely chat everyone up. Aside from all having unique skills for battle as you can bring them along each has a personality that you can discover by building up a relationship. This is really the core of the game as you'll want to unlock another weapon tier for the ladies and getting to know them will grant this ability. In the game you have thirty days to get your mission accomplished against the aliens and aside from some structured events along the way you largely get to decide how you spend it. Will you workout with the gals or work towards dating them while still balancing patrols to tackle alien enemies.

Being mostly a visual novel you're fed information through a number of cutscenes with text relaying what's happening. This one also was nice enough to include audio for all the characters in the game which made it feel livelier and created a better experience. I wish there was a bit more choice though or perhaps just less of the main character's thoughts as they were sometimes odd. The game also does a nice job of giving choice in activity. With there being a handful of women present to woo you can choose how to spend your time and money resources with them. Training will buff up your character, but it might not be the most helpful when battling some aliens. I didn't find there to be any difficult while battling in the turn based combat except with the final portion of the game where I felt the enemy was literally cheating. I don't usually ever use that phrase when reviewing, but that encounter was brutal and didn't fit into the rest of the experience. 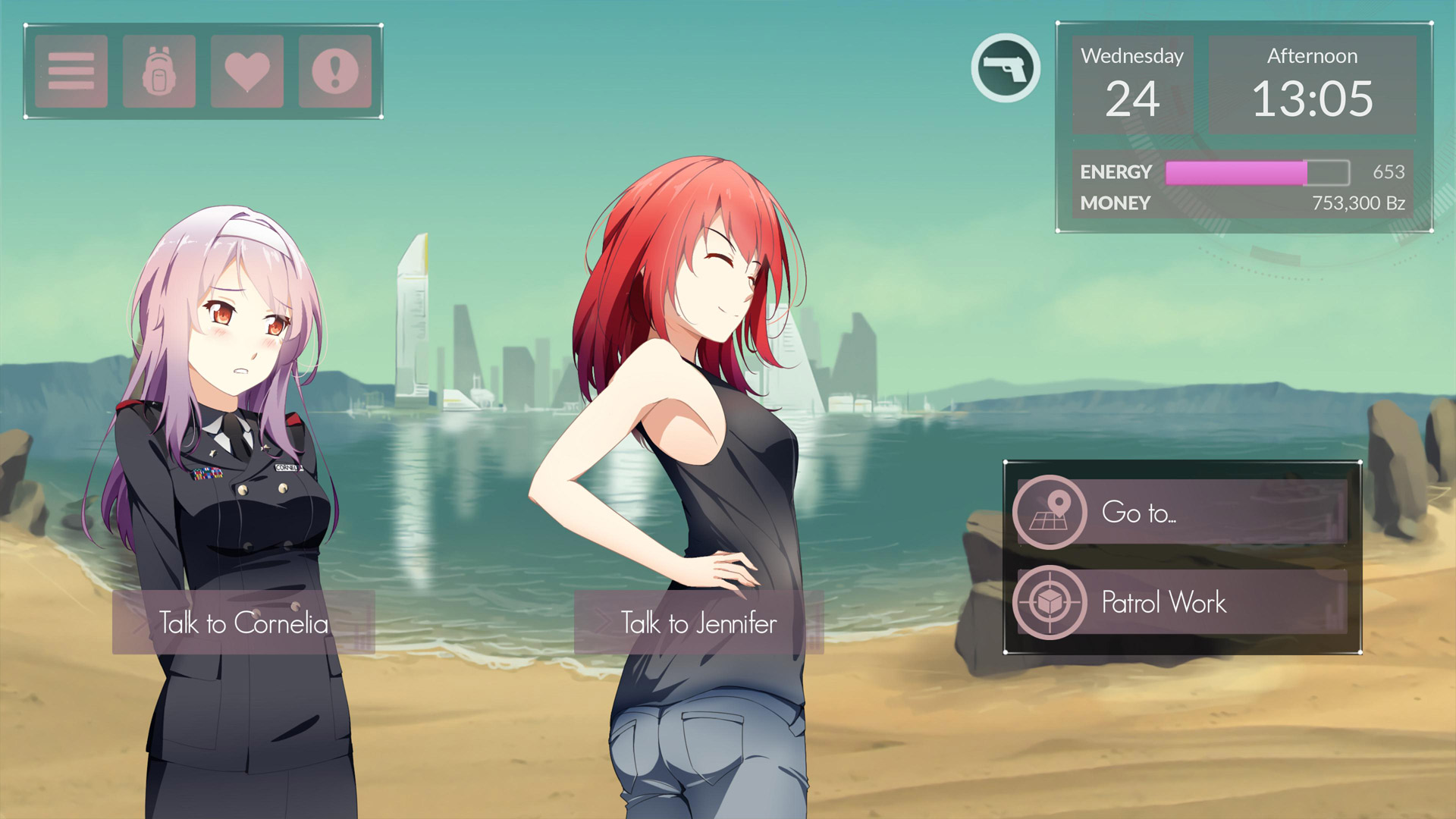 I did really enjoy my time with the ladies of the base with all their oddities and lack for care in what they say. It was also quite funny at times and each girl brought a unique thing to the team. I wish there was a bit more to a "love" aspect as you reach a halfway point in the relationships and it just ends which was odd. Not to say it doesn't play into your ending, I would however have liked to have more post maxed out love options for things to do. If you're looking to spend a few hours with some charming ladies while you move about the desert killing aliens then this is perfect. I thoroughly enjoyed the game finding it to have decent depth and just would have liked some options expanded upon.