One More Dungeon Xbox One Review

One More Dungeon is a simplistic dungeon crawling experience where you're tasked with venturing through procedurally generated levels to battle various creatures while collecting items along the way. The goal is to push forward and this can be quite challenging as everything is attempting you kill you as you enter the room. Each dungeon is large in scale offering multiple areas of tight spaces, a few open rooms or surprising other areas along the way.

You never know what secret you might come across. The variation here is with the procedural generation, which always keeps each playthrough distinct. The enemies might be relatively the same, but you'll never be sure about floor setups. It's an easy going game definitely aiming to emulate classic titles such as the original Wolfenstein or the classic DOOM. This is presented through pixel art and a fantasy setting. It's not too complex, but the areas vary and the quest objectives slightly change as you try to survive.

The world looks fine with some unique visuals. The movement is classic with no need to look up. This works for the type of game and it's very fast paced. I would have liked the music to have more of a kick to it as it was mostly quiet in the background. The weapons were neat as I sliced rats and then used the wand to blast other enemies away. There are more to collect, and other secrets to come across. The controls were fine, it was quite random making your way throughout the areas. The visuals were fine and it was a nice touch to have a currency system from which modifiers altered your performance. 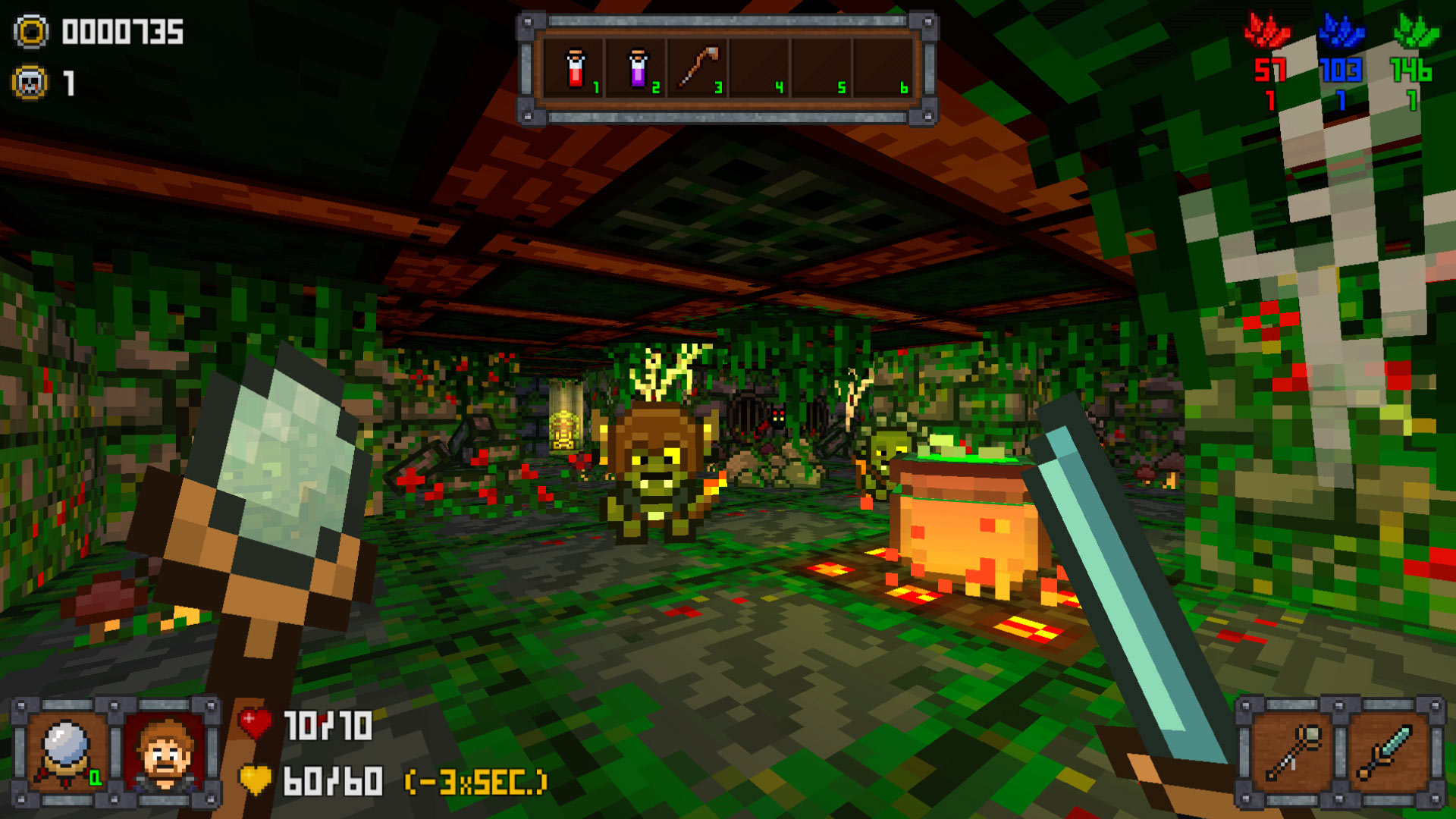 One More Dungeon is certainly a fine roguelike dungeon crawler with a class first person presentation. It's not terribly complex, but it works well for what they aimed to create. The fantasy setting is interesting and I liked the selection of weapons. The music should have been a bit more intense considering the type of game, but not terrible with the eerie soft sounds. The procedural generation keeps the game fresh while presenting extra difficulty since you can't learn the levels. There's a wide selection of items to collect, enemies to conquer and many locations to battle throughout. The modifiers help quite a bit and there's some depth here though another mode might have been nice.