During my time at NVIDIA's meeting room while at E3 2018 I was able to check out some of the technology they're working on. At first I was able to take some hands-on time with Shadow of the Tomb Raider, but after that was all about what's to come or is presently available to some degree. With that, I was guided through some NVIDIA Real-Time Ray Tracing with a focus on a Star Wars presentation and another based on what Remedy (Alan Wake, Quantum Break, Control) put together. Both were very impressive and I wanted to dive into the tech behind the demos more.

I had seen them both previously in video, but it's a lot different to actually see this in action during real time. It's still just watching a video, but it's different when you get to see the manipulations of light in front of you. For context, the first demo is based on the recent Star Wars films with Captain Phasma and some run of the mill First Order Stormtroopers. The group is walking around a First Order station of some sort. The second demo is more of a regular space, we're seeing an area humans may occupy regularly or perhaps something set within a Quantum Break type place which is very realistic. Keep in mind that demos of this sort give small glimpses of a space while focusing on what they're trying to show off. 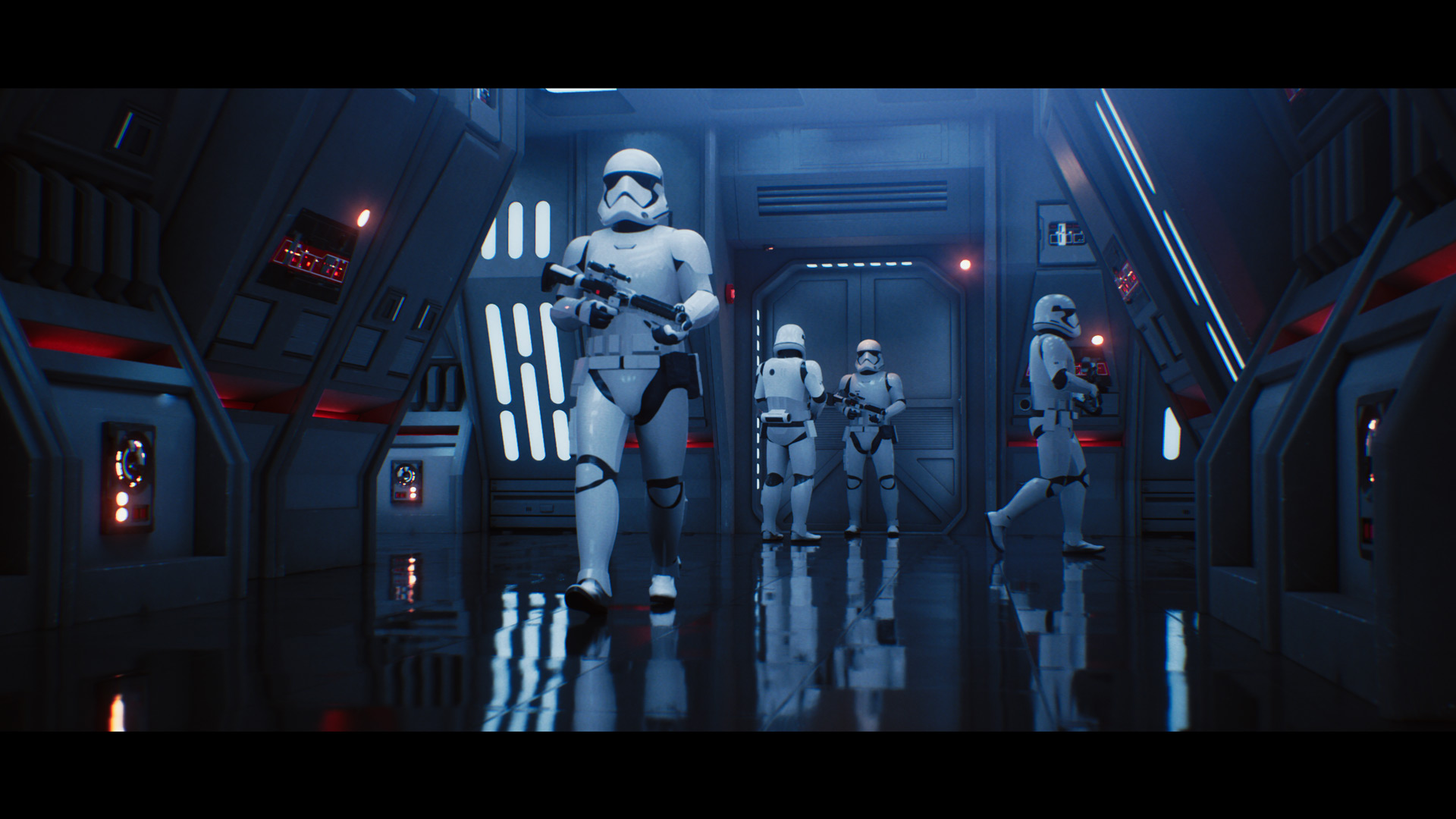 Both of these setups looked gorgeous as something that's showing what's to come should. What's impressive here is the Ray Tracing technology. This new way of setting up lighting could really revolutionize the way games are developed. This is not only in terms of making them more realistic, but in a factor of time for developers as well. Power wise it'll be interesting how demanding this is though the potential is amazing. Basically we've always seen light done in a way that's baked in or well artifically created for games.

Things have gotten far better over the years, but when you're using rasterization techniques there's only so much you can do. Ray Tracing aims to improve upon this bringing an entirely realistic form of lighting. The style is the same to the way light works all around you. The light is constantly beaming down in tiny strands that are instant if that's fair to say. In the game all these little rays are aiming to emulate the natural way lighting works. I hope this is being described in a simple enough way, but it's essentially just presenting life in terms of how worlds you visit will be lit up.

This will help bring scenes that feel real, illuminate in a real way and have shadows that make perfect sense. When it comes to development you would just turn this on and not have to spend time crafting lighting. I was shown how this works in the frame sense as it was slowed down and you can see each beam of light hit something in the world. It's marvelous, and hopefully an element you'll see over the next few years as it matures and is adapted. There are already plans as of E3 2018 to bring this in the future to some games and I can't wait to see what's done with it.