Nine Parchments is a cooperative focused adventure for four players, it doesn't matter if you're playing locally or online which is great. The general narrative follows some young and gifted magic folk as they go out into the world to find lost parchments. These special documents are found across every few levels after you take on a boss, once you've defeated the creature in your path you'll gain an extra spell. These abilities allow you to take on additional dangerous creatures in a more efficient manner.

The game is generally straight forward providing a fair quantity of linear levels to work through. You'll battle waves of enemies and then continue forward, it's not complex yet still enjoyable. Towards the end game some smaller side ventures are present. There's a focus on replayability as you work through a large skill tree while also unlocking fresh items along the way. Aside from just playing there are chests and quills to find as collectibles, these grant extra bonuses.

The visuals of Nine Parchments were gorgeous, they're just beautiful. Every level is filled to the brim with the smallest of details and this is played out through a large variety of environments. You get everything from sunny tropical waterfronts to hostile dark caves and the way the world is designed is truly quite a treat. The game is particularly great on Xbox One X bringing a native 4k resolution at 60fps. Gameplay works well as you blast out a series of spells, typically as a squad.

It's best when played in a group, though many difficulties are present for any type of skill so you can play with less individuals while not feeling the pinch of being down someone. Spells are easy to cast with the twin stick style allowing bursts, straight long term blasts or even shot areas of damage. Each ability has a certain element and you'll have to coordinate that with the enemies you're facing. There are many creatures to take on, completely fresh bosses and constantly evolving challenges. 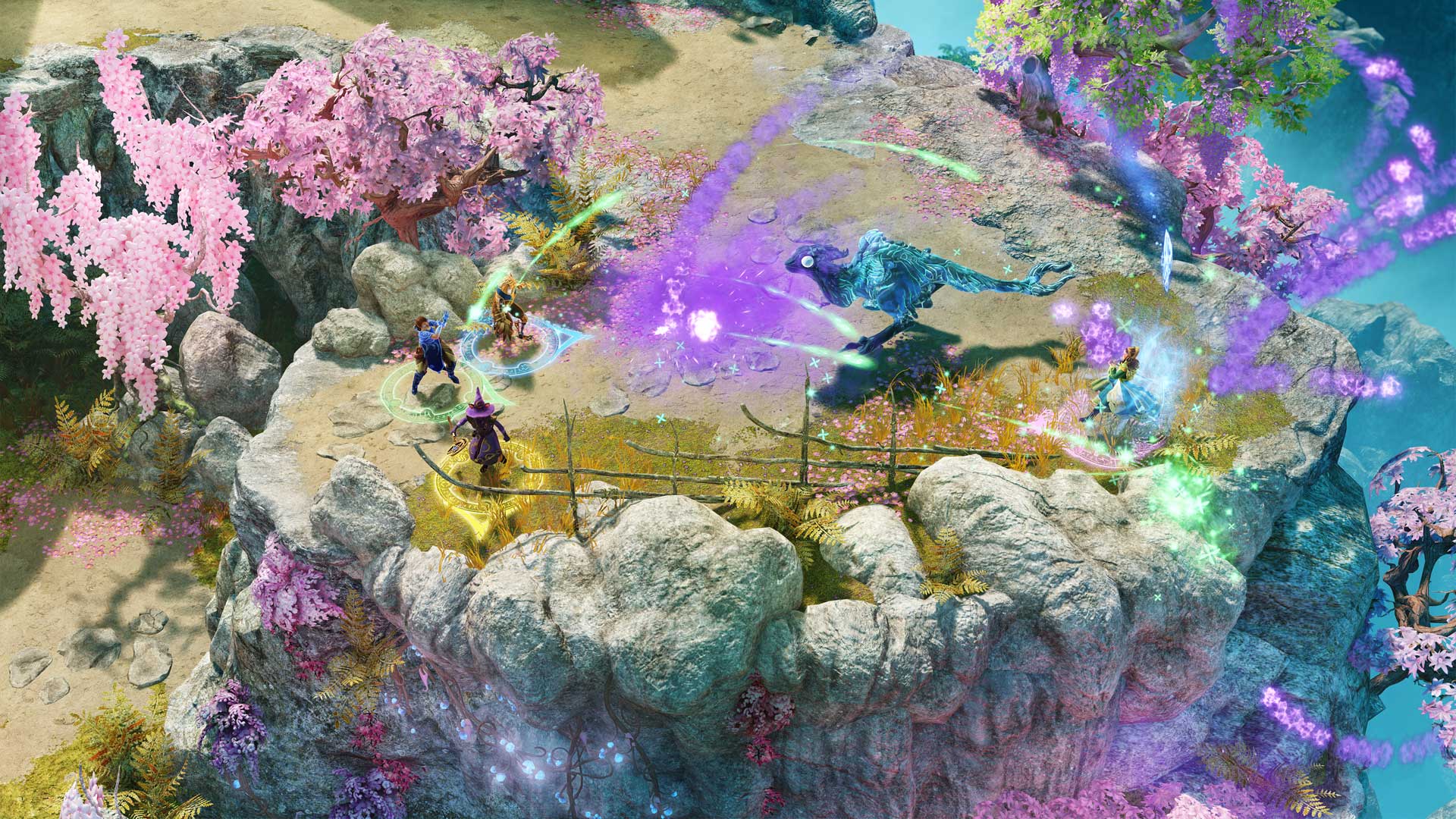 I had a lot of fun working through Nine Parchments with a friend and it can be even better with a full team. You can enjoy the entire experience locally or online with others and the world is breathtaking. The visuals are seriously impressive and I was amazed at literally every scene. It's a nice casual experience to work through in a group and there's a decent challenge present. You face a wide range of enemies, many unique locations and some interesting bosses that offer something distinct each time you enter their domain. The spells were neat, varied and I liked how each character was different. Nine Parchments might not be the most complex experience, but it's certainly an enjoyable time.