Just Dance 2019 is the latest entry in this now very long running dance franchise. This time around the innovation is rather limited as it seems like a more streamlined release within the series. It puts the songs and the dancing right in the front as you just get a long list to work through. This is upgraded by a free month of the Just Dance Unlimited subscription which grants a vast selection of over four hundred more songs. To the side of that is a World Dancefloor that has cycling songs to play through, there's also playlists.

That's really about it though, nothing too wild or new and very much the same thing you've seen in the past. I'd go as far as saying the song list really wasn't too great either. I hadn't heard of many of the default playlist which is surprising since I do happen to hear a number of songs on the radio or at places I go. There's a really good number of sorting options for the list of tracks, and I do like that they're just present. I'm not sure why they limit them forcing you to play a few before you get access to more, it just seems unnecessary.

This is a vibrant game of many popping colors and well choreographed sequences. They really do a superb job of setting up purely bizarre backdrops and they're so cool. This is done for every song and you're given a cycling list of moves at the bottom. You're able to still play with the Xbox One Kinect if you have it setup, or just regularly through your phone via an app you download.

This was the first time I made the switch to just using a phone so that was interesting. It plays fine, but there's something about the motion of the Kinect that was easier. It doesn't affect the score as a phone has been something tested in the past, just thought I'd mention the breaking of tradition. You can dance alone, or with others at the same time locally. 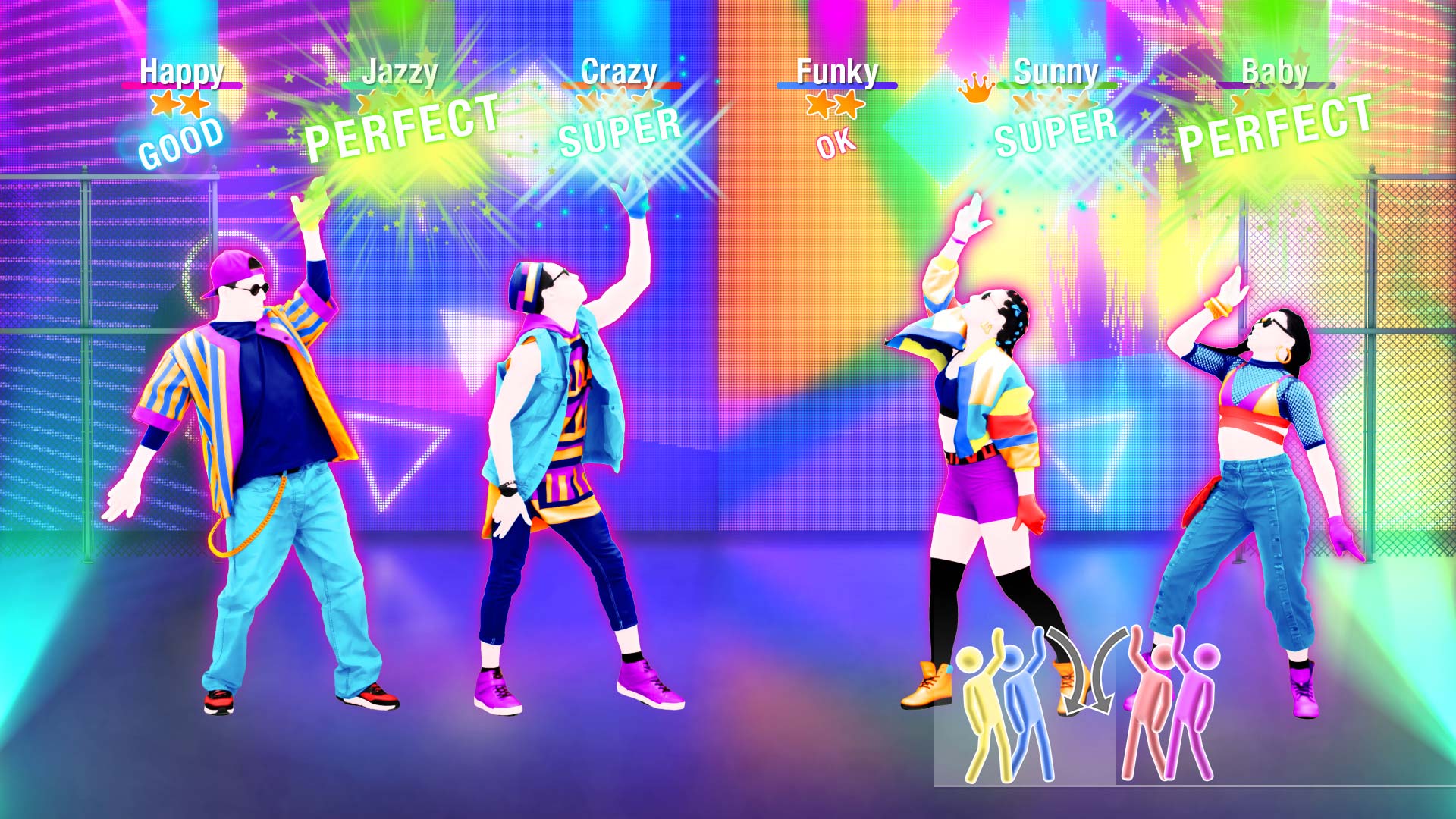 Just Dance 2019 is a fine addition to the series, but one that doesn't innovate in any way and instead streamlines the experience. This works well for the most part, there's just not a whole lot to say about it. I wasn’t too thrilled by the disc track and felt the real value was in the extra tracks present through the subscription. I did find the Pac-Man song to be hilarious, that was a different sort of thing to see.

There are options to dance alone or with others locally if you'd like. You can compete on the world stage as well if that's something you enjoy. It really is just another release and update for the latest year, they don't do anything new with this one. It's still a fine and compelling package if you like this activity, just don't expect anything new. It's a focused release that puts the music at the center which definitely makes sense.