The Team: Our game is a sim survival RPG set during the zombie apocalypse. The player must build a shelter, attract survivors to form a team, and develop their refuge by managing limited resources. The game has map research, crafting, minigames, various combat options, plot and an online game mode, as well a huge amount of potential complexity, interface, and other settings that allow us to call Z-Alert –Custom RPG.

Could you give us a general idea of the lore or narrative that players find themselves in once a game starts?

The Team: With great pleasure! The action takes place in the present day near an ordinary city with ordinary residents. Because of an error made by scientists, mankind has reached too far and turned its own population into its worst nightmare – zombies (you can see a perfect illustration in these films: I Am Legend (2007) and World War Z (2013)). The head of a family, without any means to survive, flees into the nearest forest.

He must survive to find his family and he begins to build a shelter – a house in the ground, a bunker. Gradually, other people come to him... well, not only people but also wild animals, zombies... In general, day after day, the whole of civilized life moves farther into the past, and the survivors are left only to themselves. They have to learn a lot of forgotten skills and unite in order to confront the new world. 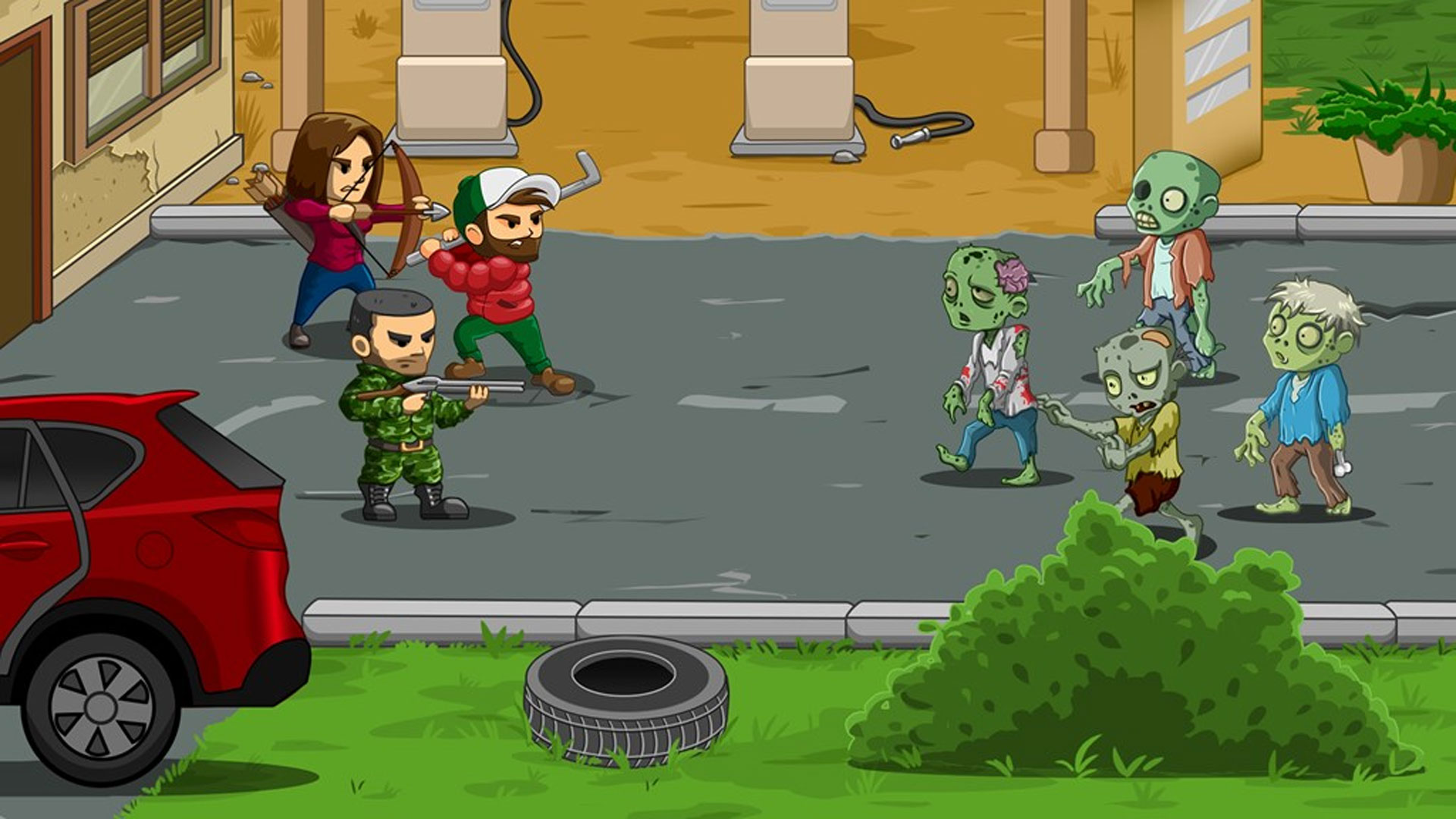 With a focus on keeping the game fresh, what sort of special occurrences or changes can players expect across playthroughs?

The Team: First of all we thought of replayability. The map is newly generated every time you start the game – it’s not just the landscape but also finding different objects on the map.

The player can choose the type of battle each and every time because sometimes one fight in 3D isometry could last an hour and be very interesting!

The most valuable resource is information: whether it’s a new blueprint for a radio or a rifle, or maybe the location of a military base nearby. Also, the development of the plot will occur only if the player learns about the movement of his family – he will have to leave the shelter if he is interested in the plot.

Bunker residents can be sent out on expeditions with or without communication. You can turn on and off all the options during the game – permadeath, the depth of RPG mechanics, the difficulty of enemies.

Survival in the forest will be accompanied by minigames. You may harvest sticks, for example, or mushrooms on your main screen.

There are mentions of online or offline modes, could you describe this aspect of gameplay and what options are present for playing with others?

The Team: First of all, Z-Alert is not an MMO, nor it is an online-oriented game in the usual sense of the industry. This is a single player game with the ability to go online and if you do not like it, go back (because we have a Customisable RPG). All the features mentioned above are fully available to the player when playing offline alone (also there is a list of achievements offline).

In online mode, it will be possible to find shelters of other players exploring the map. You can fight (rob) them, you can trade with them, and you can support them with resources and soldiers. The choice is yours. This is not a game of world domination, but survival in difficult conditions. Here, each player will choose their own behavior in each situation.

There are mentions of online or offline modes, could you describe this aspect of gameplay and what options are present for playing with others?

The Team: The player chooses the depth of the RPG mechanics themselves. There is an easy mode – the character has only health and strength, and there is a hard mode when the character has 12 personal parameters and 20 skills. The change in all these parameters is mathematically related via formulas. We initially implemented the game so that all skills and parameters play a role and can be changed. If the player simplifies the depth of the RPG, his health and strength will still be affected by the computational skills that the player has.

Crafting will be available in the game: you can, knowing the blueprints and having acquired the abilities, make different things from some materials: weapons, communications equipment, and survival items.

Zombies will have loot, like bandits. Of course, the loot will also be in many different places on the map.

The game will have such skills as lockpick and explosives and 18 others. Characters will have charisma – it will directly influence the dialogue. 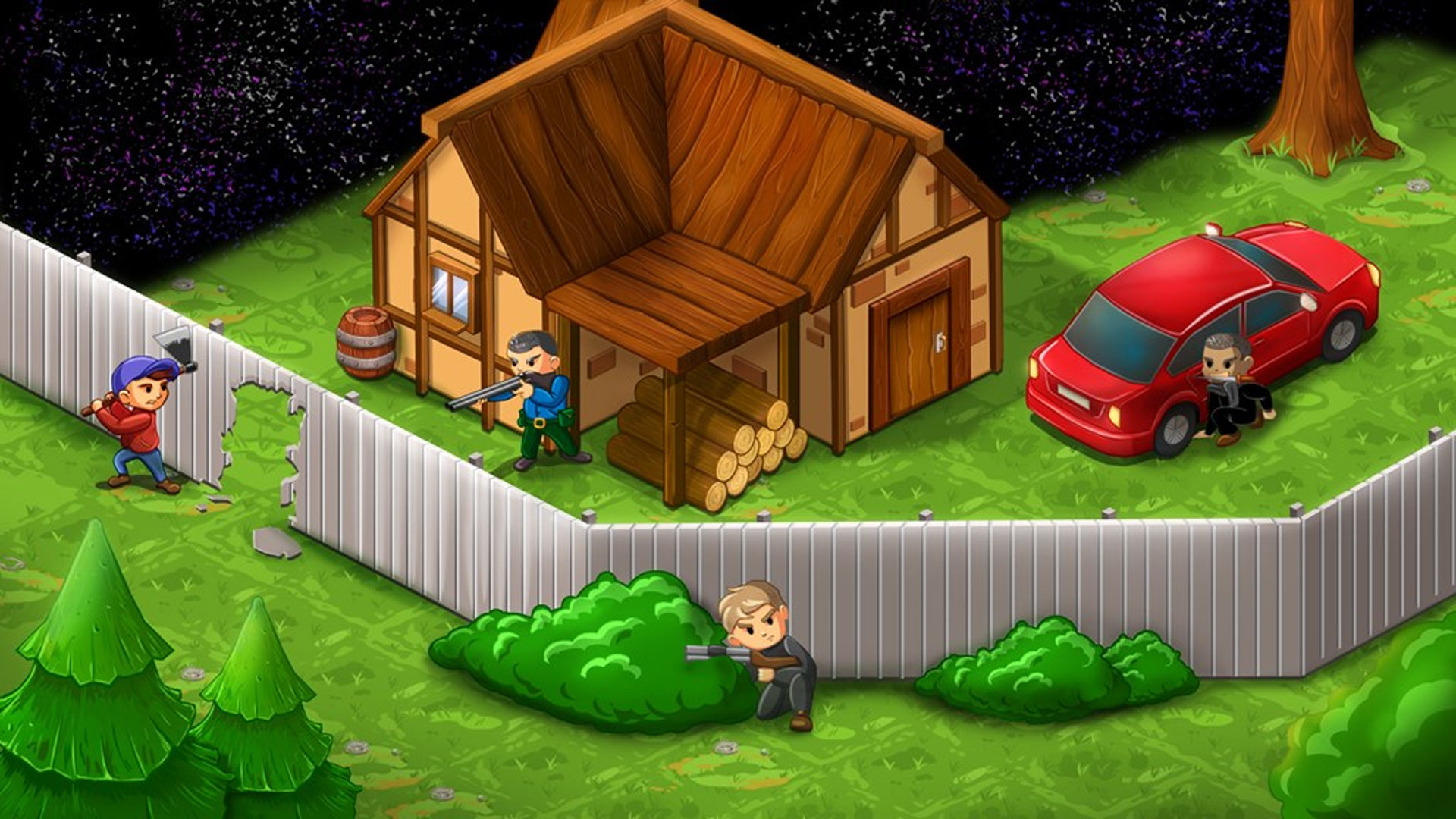 Continuing on that what sort of building or crafting options will be present within Z-Alert?

The Team: Craft: Some things will be available by default, for others you will have to obtain blueprints to make different things from different materials: weapons, communications equipment, survival items, melee weapons or firearms, medicines from various herbs, animal skin clothing. If you’re lucky, you can repair an electric appliance (the radio set for example – that’s what will facilitate the management of the expeditions).

A weapons workshop is needed to create weapons; you will need a separate room – for manufacturing clothing, or a laboratory for experiments on materials. And you will need: a library, a game room, a first-aid center and a smelter shop (because you can find coal!)

When it comes to combat, what sort of situations will players find themselves in and how will skirmishes generally be handled from a gameplay perspective?

The Team: First and foremost, it is important to note that the player can choose the type of each battle every time. This is either an auto-battle that takes place in a matter of seconds and you just look; or a 2D battle with the ability to determine who will move or attack; or a full-fledged 3D isometric battle with the understandable Time Units and the Initiative – such a fight can take a long time.

The battle will happen regularly in the shelter because it will be attacked by various enemies. Besides, enemy encounters are inevitable when studying the map. Different objects on the map (an abandoned house, a dump, a filling station, etc.) may already be occupied by bandits or zombies. The players themselves, at their own risk, will decide on the attack only if they have certain skills.

What core aspect of the game do you feel helps Z-Alert stand out?

The Team: Options bring the ability for everyone to choose their balance between complexity and fun. The plot: the need to leave the shelter leads to a constant novelty of events (it is important to note that shelters that have been abandoned can bring income to the player if the remaining residents are sufficiently loyal).

Choosing the type of battle – there are many fans of the good old turn-based battles, but some players like a simple approach.

Online: it’s hard to overestimate the pleasure of the calling to survive in the forest, fighting with other players’ squads, to see achievements online, or to preserve a peaceful character and not attack others, but only help them.

The Team: The game will provide for trading not only offline with various traders but also a standard online market. In the dialogue, you can choose the indication of the hero’s personal parameters that affect the options for answers, or you can hide it.

There will be a mode of complexity where it will be possible to realistically, with no radio, without being able to control expeditions – only to give them an assignment and wait for their return. In case of an attack, such expeditions will light signal fires that will be visible to the player... but not only to him.

The game will contain an encyclopedia, which will include all knowledge about the world, technology, quests, and advancement on the main plot.