The Two: Coming up with the setting and locale is always a bit tricky. Every time we invent a new place, character, or backstory there’s always the thought in the back of your mind that it sounds artificial and potentially distracting from the user experience. This time around, we pulled our fiction from real-life events and people from around our hometown (Las Vegas) which made it feel much more real to us.

With Forged Battalion being an Early Access title is there a road map in mind in terms of working towards a release and could we possibly see the game head to other platforms?

The Two: We do have a roadmap that we worked on with Team17 that has additional upgrades, missions, and maps along with some game improvements which we have been steadily working on even before our early access launch. However, some of that roadmap was intended to be penciled in by the users so we are combing through the Steam feedback and making adjustments to our priorities, as well as changing some of the gameplay as a result, which is something you can’t necessary plan for.

What steps were taken to generally streamline the RTS elements and do you feel the systems within Forged Battalion stand out from other entries within the genre?

The Two: The unit customization system (or Faction Creator) has a lot of moving parts and stats, so we wanted to make the core tactical gameplay easier to get into to keep the barrier or entry fairly low. Those familiar with Command & Conquer-style games should be able to jump right in. What sets it apart is that each player has their own customized faction, so you won’t know what kind of units you will be facing until you scout them out. This makes that scouting particularly important since you need to gain information and set your strategy as early as possible.

I love the customization options within the game whether that’s troops or maps, how did the team decide to approach these and could we see them expanded upon during Early Access?

The Two: The initial idea was to allow players to create units based on units they’ve played with in other classic RTS games. From there, we branched out into cool weapons we’ve seen in other media (other game genres, movies, TV, etc.) The ultimate goal is to let players mix and match to form a faction themed to their play styles that they can constantly tweak and tinker with as new content is released. The Early Access version of the game launched with three tiers full of upgrades, and the fourth tier will be made available some time in February.

Obviously there is a constant fear of imbalance where large amounts of customization are present. We wanted to make sure that the upgrades in the tech tree represent OPTIONS and not POWER. The intended balance is that anyone with an early tech faction build can beat a tech build with high tier tech given even skill levels. This is actually one of the hardest points to get across to players since in most games the higher the tech, the more power so building with all high tech is usually better. In Forged Battalion, mixing and matching between all levels of tech is generally the better way to go. Since it is early access, some of the balance is off, but our players have been great in helping us achieve our vision.

As to maps, we’ve released a map editor with most of our games as it’s a popular option. Many players love making their own custom maps, and Forged Battalions has a few additional features that takes advantage of the unit customization aspects of the game.

Could you briefly give us an idea of the campaign’s narrative?

The Two: The story is set in the “near future” and extrapolates the Climate Change situation as if the worst possible outcome happened. An elite Technocracy developed offering resources and refuge for destitute countries in exchange for signing over complete power over their lands. Eventually the Collective (the “bad guys”) divide up the world into territories controlled by elite generals. On the fringe are the outcasts – normal people who live outside the Collective’s rule and struggle for survival.

Your commander begins as the leader of a small village of outcasts, but is forced to fight the Collective to keep his people free. In Act I (currently available) you meet the general in charge of North America. Act II (set to be released in February) takes the fight to Europe where you will face two more elite generals and also contact the larger organized resistance. 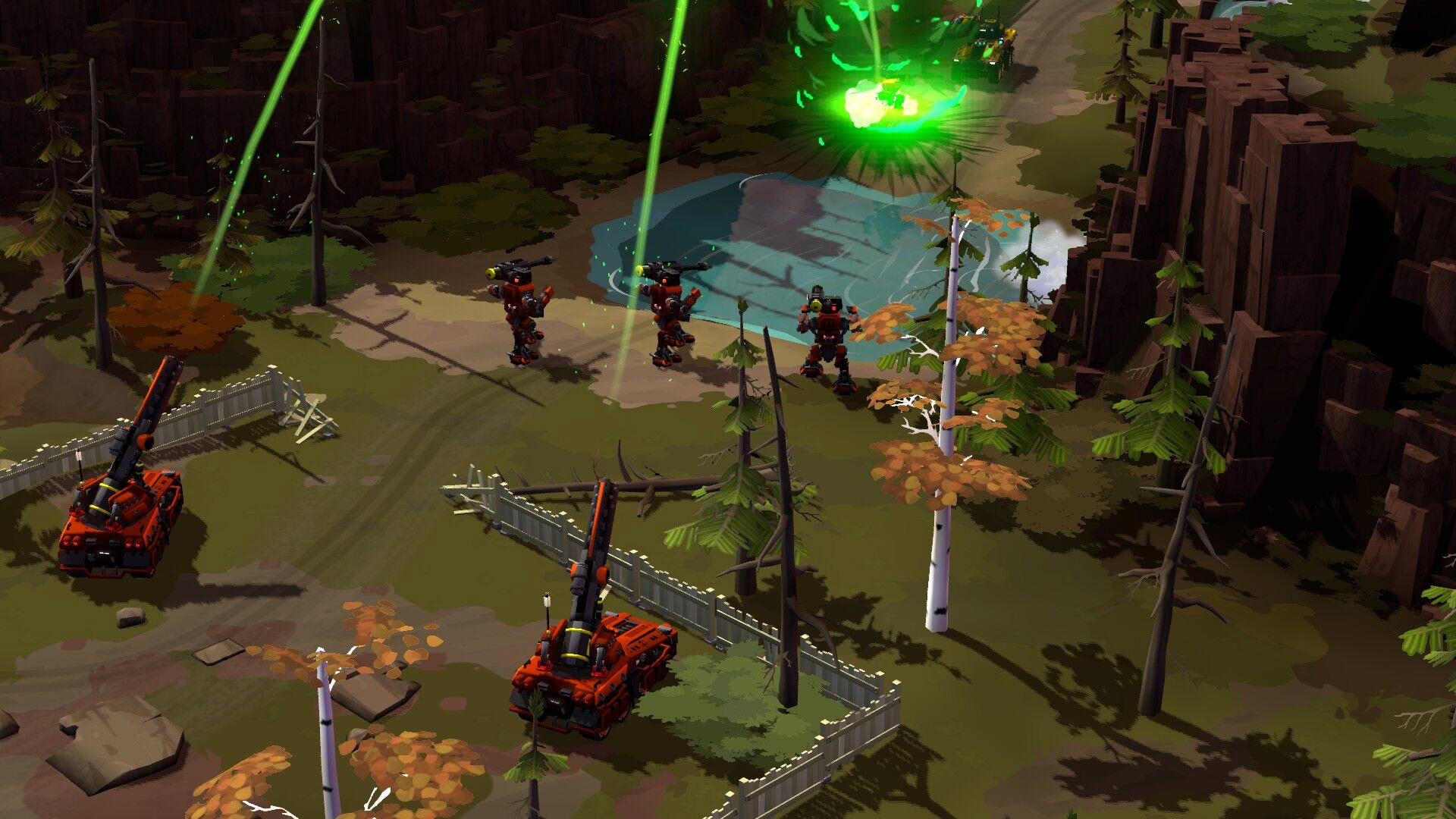 Aside from the core campaign, what other modes can players expect when they jump into Forged Battalion?

The Two: In addition to the campaign, you can play skirmish mode vs. AI players, ranked PvP 1v1 matches, or unranked custom PvP with 2-8 players or AIs.

What aspects of the game do you feel most help it stand out and are there are any larger or more exciting features you’re hoping to see integrated during Early Access?

The Two: We feel the Faction Creator is our stand-out feature and has the most potential to expand during and after Early Access. In addition to our own ideas, the fans have been great at suggesting many potential new upgrades and powers we may explore. Outside of upgrades, there are many new features we’d like to introduce, but it’s probably a little too early to talk about those just yet.

I was curious of the inspirations for the game, were there any RTS or perhaps other genre games that had a major influence in the development of certain aspects?

The Two: With each one of our RTS games that we’ve made, the one request we always get is “MORE”. More units, more effects, more weapon types, etc. We felt it would be interesting to make a modular system that allowed players to build what they wanted but also but limiters on things such that those customized sets could still fight each other with a reasonable amount of balance. Many game genres have done customization to some extent including one or two RTS games, but We haven’t seen anything like this in the marketplace for quite a while and it seemed like a cool idea.

The Two: We’re trying something new with Forged Battalion and part of making it what it needs to be is gathering feedback from our players. We’re watching the forums closely and we’re in Discord almost all day – so let us know what you think!