Half-Life: A Place in the West Interview

A staple I do in all interviews in order to start things off is to ask that you elaborate a bit about your comic that people might not know?

The Two: A Place in the West is a comic book set in the videogame universe of Half-Life, and although fan-made, it has been officially licensed by Half-Life’s creators – Valve. It started off in 2014, before eventually moving to the digital distribution platform Steam in late 2016.

Could you briefly tell us a bit about the setting and what characters the comic follows? Mainly for those that might not be familiar with “A Place in the West”.

The Two: A Place in the West is set between the two core games in the series – Half-Life and Half-Life 2 – and takes place on an alien-occupied Earth that’s slowly being consumed by the tyrannical Combine empire. The comic begins with the mysterious kidnapping of a group of children in Massachusetts. The father of one of these children, Albert Kempinski, embarks on an odyssey to rescue them, and is drawn to a strange, half-destroyed American city called New Franklin, wherein he discovers a dangerous plot to reclaim the planet from its oppressors. Along the way he meets an intrepid scientist and an ancient alien warrior, whose purpose in New Franklin is closely intertwined with the fate of his kidnapped daughter… 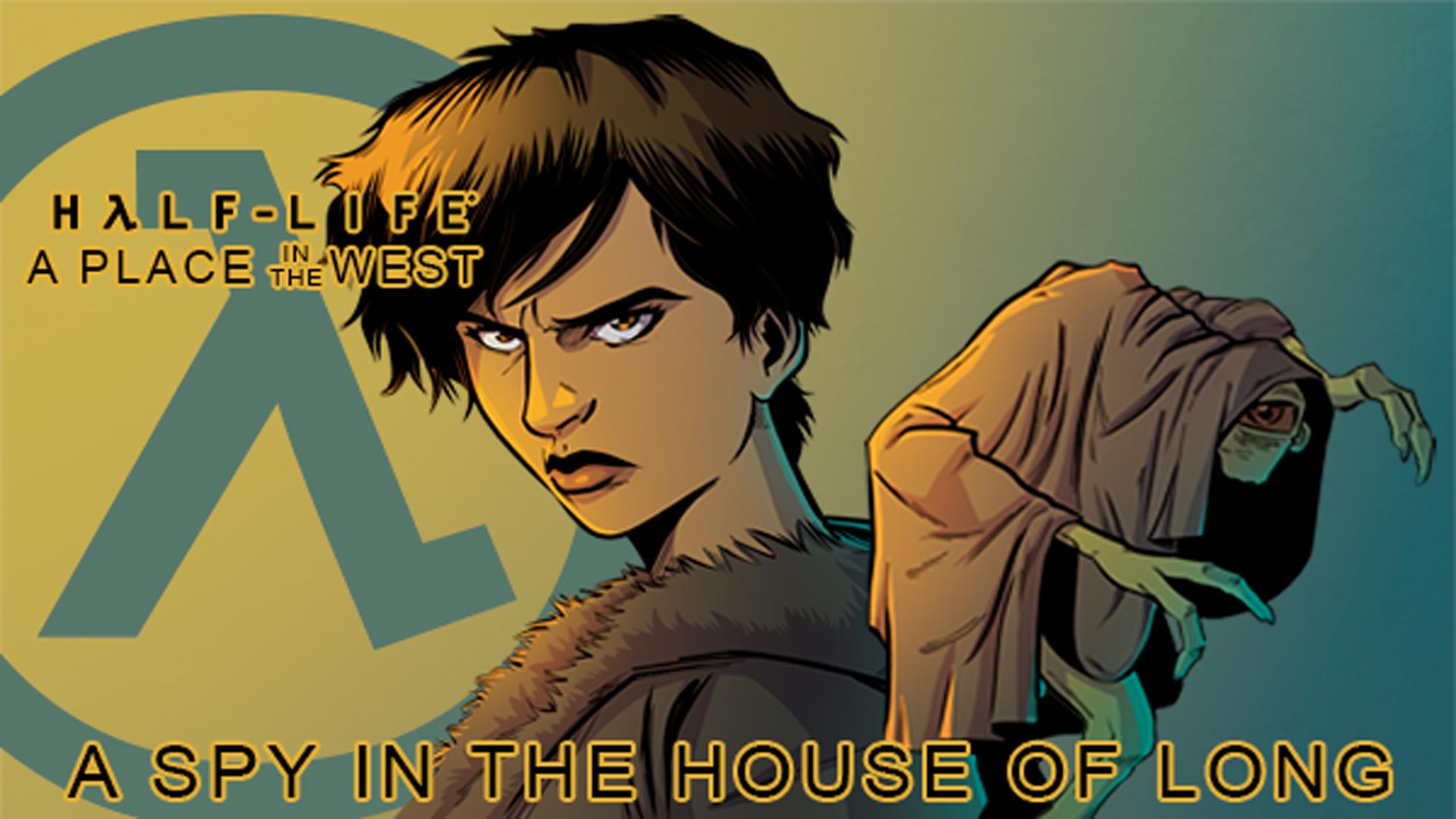 With the series taking place within the Half-Life universe do you feel there’s an extra level of pressure involved considering the series is so highly regarded among gamers?

The Two: Absolutely. In taking the decision to write a Half-Life story there necessarily follows an obligation to get it right – to nail the look and feel of that world as best you can. At the same time, we don’t consider ourselves so beholden to that universe that we can’t take a few creative risks. It needed to feel like Half-Life without being enslaved by it, right? We wanted something new and fresh to emerge from the familiar. Ever since Half-Life hit in ‘98, Valve have always encouraged content creators to be as bold and imaginative as they can with their stories, and we really took that to heart. That said, it still needs to fit comfortably within the world they established, and we’ve tried very hard to maintain that consistency.

With that, what has the response been like from the community over the currently released issues?

The Two: It’s been good, for the most part! It feels like readers and fans alike are really clicking with what we’re doing and have been able to get on board with the story and characters. Of course, you can’t please everyone, and for some people A Place in the West has strayed a little too far from what they want from a piece of Half-Life fan fiction. We get that, but hopefully we can win them back as we reveal more of the links to the broader mythology of Half-Life.

What was it like getting an official license for the IP? Was it something you expected or a complete surprise?

The Two: It was mostly a surprise. We certainly hoped we’d be allowed to sell A Place in the West at some point, if only to mitigate production costs, but we hadn’t envisioned Valve being so kind and straightforward about it. We are eternally grateful to them for the opportunity.

When working within the universe of Half-life were there any rules to follow when developing the narrative, regardless of that did you have goals when attempting to fit within the existing mythology of the series?

The Two: The most important rule we set for ourselves was to tell the story independently of the core Half-Life cast (which in turn took us away from the events of the games themselves). The story of Gordon Freeman and Alyx Vance is Valve’s to tell, not ours; we wouldn’t even feel confident writing an “early years” of Alyx Vance, let alone as she stands in the games! And one of the amazing things about Half-Life is that it tells a fairly straightforward story whilst constantly alluding to a much greater universe through phenomenal world-building.

It keeps you at the forefront of the most significant events happening in its world, but there’s always the sense of there being so much more out there. We really wanted to venture beyond Eastern Europe and explore that – to dig into a new setting and new characters with new perspectives on a world many of us know very well. So, that was our thinking for both attempting to fit within the existing mythology and, hopefully, expanding it a little. 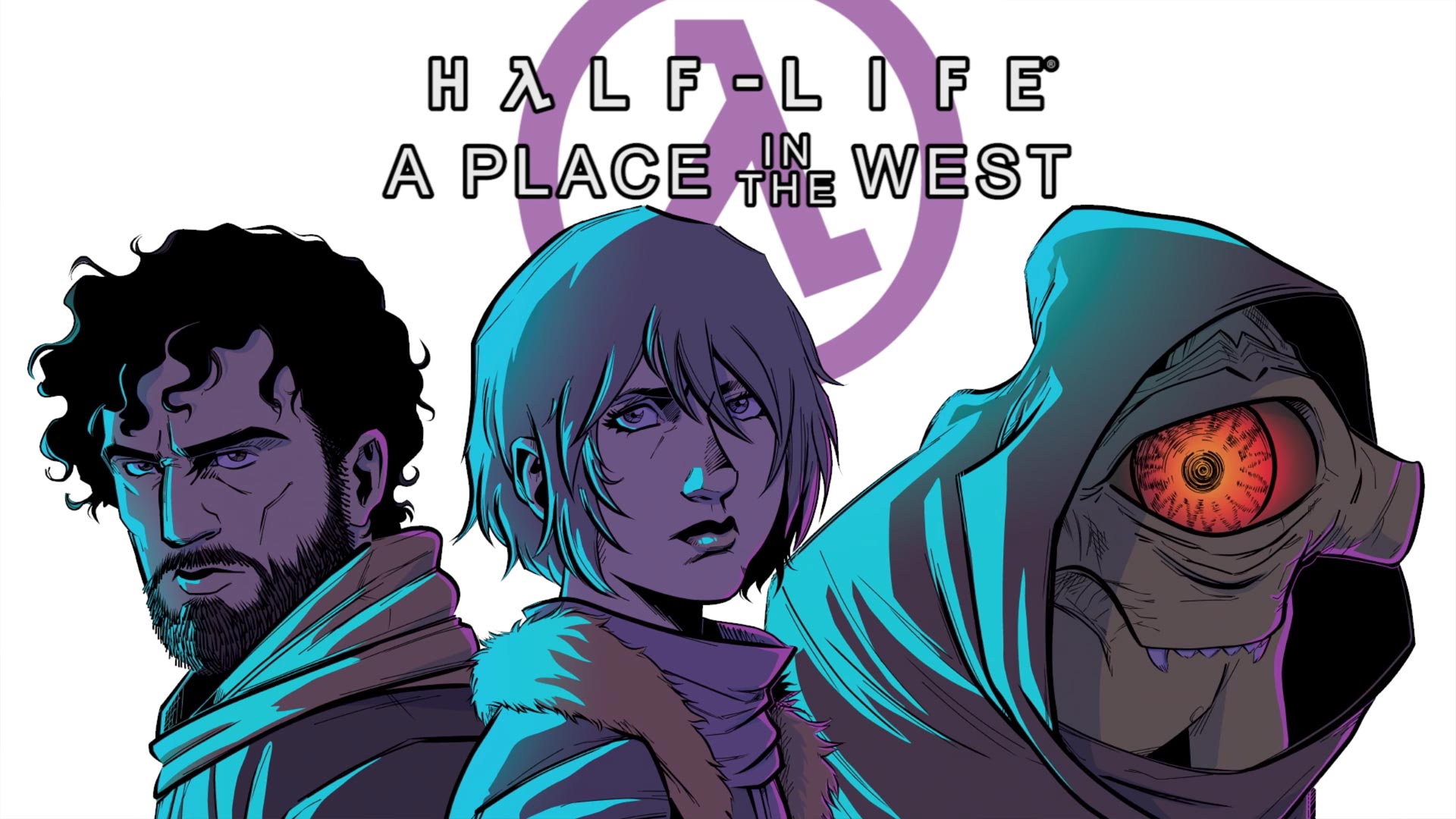 Looking at the key characters, how did you come up with them and why do you feel they’re a good fit for the Half-Life universe?

The Two: Oh, great question! Following on from the previous answer, we approached the cast by way of thinking about perspective. How would folks who weren’t Black Mesa scientists feel about the state of the world – now an alien-infested ruin dominated by fear? What is their reaction to that? What kind of stories can we tell there? In Half-Life 2, there’s a growing resistance, united by the legend of Gordon Freeman – a sense of hope, the possibility of change. Set ten years prior to that game, “hope” is noticeably absent at the beginning of our story.

Albert Kempinski, one of our leads, is a bitter, angry man struggling to find a reason to keep going in the face of what are, essentially, near-insurmountable odds. He felt an understandable response to the world of Half-Life. But on the flip side of that, we have Leyla Poirier, a young scientist who sees a chance for humanity to make a real difference in the universe. Leyla felt like the perfect fit for Half-Life – someone who wouldn’t be out of place alongside Doctors Kleiner and Magnusson! She’s a great foil for Kemp, and their competing perspectives allowed us to have what are hopefully some interesting conversations about the state of the world in Half-Life. We also have our vortigaunt character Dreyfus, too. It was a bit of a challenge to pin down the sound of the guy’s voice, and a daunting prospect to give individuality to a being we generally know so little about, but we soon got the hang of it. Hopefully he feels authentic enough - you do worry about that kind of thing. Sure, he looks the part, but does he sound it?

Issue 4 just released, could you tell us a bit about generally what’s going on in this recent entry?

The Two: A Spy in the House of Long really digs into the city drama, and finds Kempinski and Leyla caught up in a dangerous feud between the city’s principal groups. At the forefront of the feud is Sejal Rajani, the leader of a group called “The Opposition”. Rajani, who attempts to recruit Leyla to her cause, is a powerful figure with a radical plan for the city’s future – one that will have huge ramifications going forward.

The Two: Thank you for taking the time to interview us! We appreciate it. And thank you to everyone who has read the comic so far.

View our Game Hubs
Check out the Comic's Steam Page