Elise: Putty Pals is an adorable puzzle platformer where you and a friend will be in fits of giggles as you put your teamwork to the test! Something people may not know is that the original idea for our lovable characters came from the texture of a squishy potato! We thought it would be cute and silly to have characters share the physics of squishy potatoes. However, the real desire to create Putty Pals came from the want to play a couch co-op game again! We wanted to bring the feeling of nostalgia back to our players!

Was the cooperative focus always a core goal when working on Putty Pals? Did the Joy-Con feel like a natural fit for the game’s co-op action?

Elise: Cooperative gameplay was always the focus for us while making Putty Pals. We didn’t want it to be like any other co-op game. We ensured that teamwork and communication were essential to solving puzzles. The Joy-Con are a great asset to Putty Pals! No matter where you are, and at no extra cost, you can detach the Joy-Con and share a bunch of laughs with a friend. 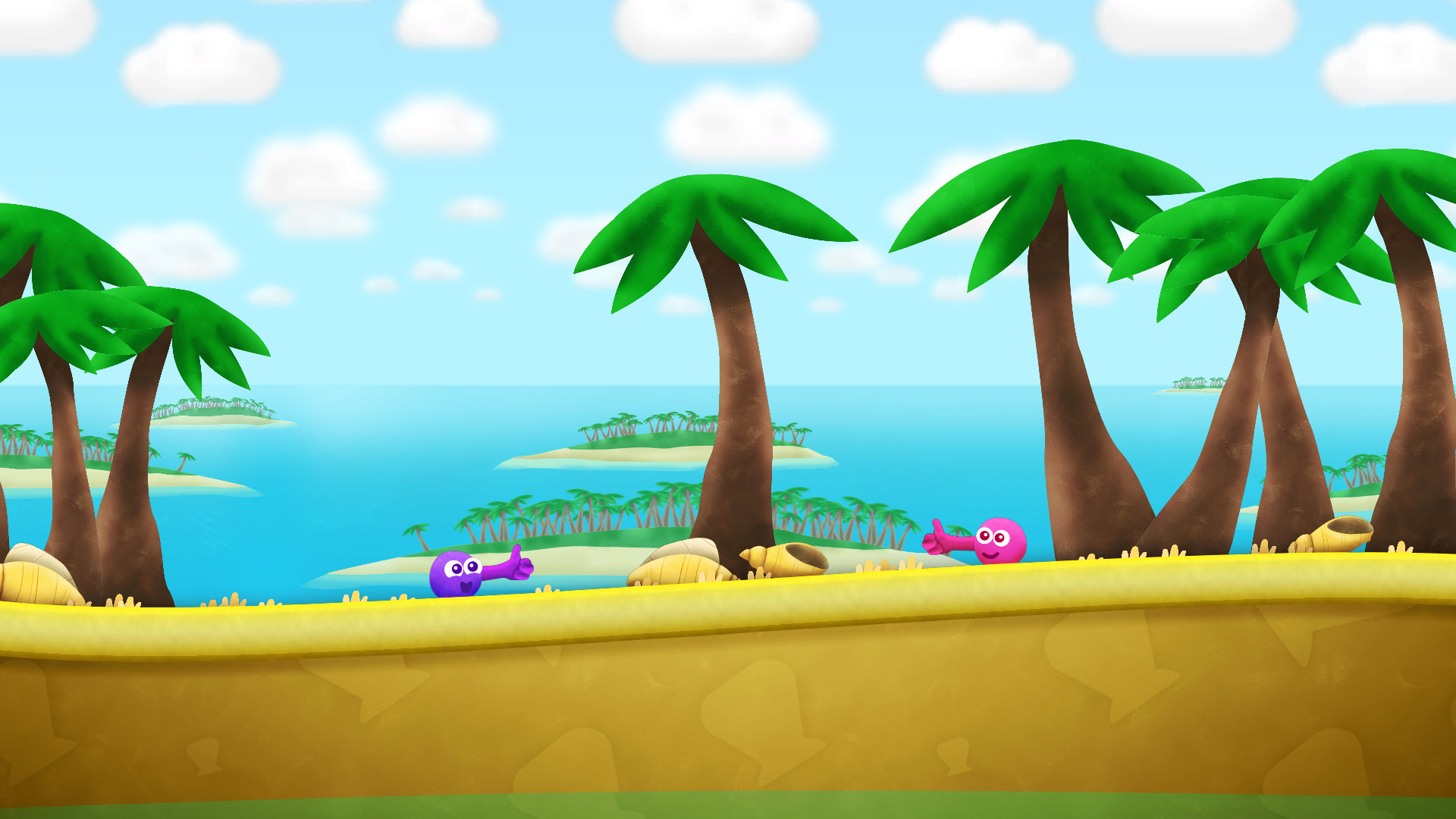 Did you feel that the Nintendo Switch was a strong console starting point for the game and is it possible we might see the Putty Pals on other platforms in the future?

Elise: I remember watching the very first Nintendo Switch announcement trailer with the team and as soon as it was over, we all looked at each other and thought that this console was made for Putty Pals! The Nintendo Switch is a social console which makes playing Putty Pals with a friend easily accessible. We would love to see Putty Pals on other platforms, however, we have no future plans for that at the moment.

Was it ever difficult to come up with puzzles since everything incorporated both characters into the solving?

Elise: Creating puzzles did prove to be a challenge as both my design partner and I had no previous experience at designing co-op games. It required a lot of experimentation and playtesting to ensure that both players were getting an equal chance at solving the puzzles. Whenever we were lost for inspiration we would mess around and make ridiculous obstacles that would end up being really exciting to play so we would refine them and add them into our levels! We had a great time designing each level and it's really heartwarming to see players loving them so much!

What was the inspiration behind the charming graphics and what sort of extra care was spent with the characters having so much personality within their reactions?

Elise: There’s nothing more satisfying than playing a co-op game with a friend and successfully solving a puzzle to then turn to each other and them a big high five! We wanted to incorporate this feeling of teamwork into the Putty’s emotions and interactions with one another. It’s because of this that we designed the characters to be really expressive. These expressions may be simple, but they are effective and always gets a positive reaction from players! 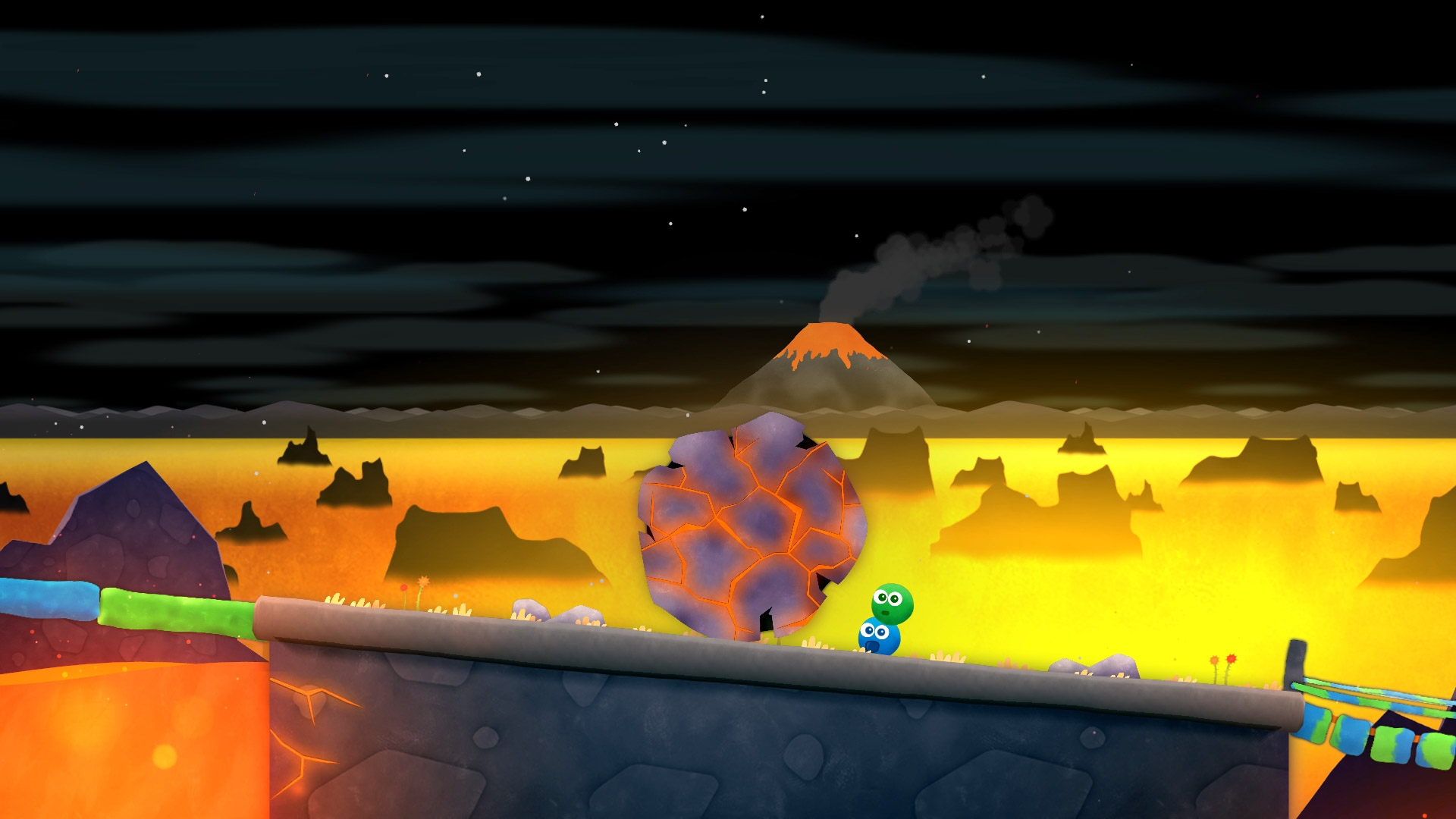 What were some of the goals when working with the bright array of colors in the world and the variety of environments players explore?

Elise: While creating the environments in Putty Pals it was essential to have the locations look cute and non-threatening, even though there are dangerous hazards to watch out for. Due to the characters and environments being so colourful it was also quite challenging picking a colour palette that worked for each world. In terms of creating a putty texture for the world we took a lot of inspiration from games like Kirby and the Rainbow Curse.

Elise: As the online gaming market has taken over we don’t see too many local co-op games that focus purely on teamwork and communication. We always had concerns creating Putty Pals because of this, however, it’s been positively overwhelming to see so many gamers of all different ages enjoy Putty Pals so much! It really is a perfect game for the Nintendo Switch and we’re humbled by all the positive feedback we have received. Thank you for interviewing me for Gamer Headquarters!