For context, this is a revolutionary device that hopes to bring the highest possible quality audio to the home. This device is truly the all in one sort of system no matter what way you like audio delivered, whether it's through film, games or music. It's got some remarkable technology and I look forward to presenting my thoughts on this product in the future. The goal with this device that really helps set it aside is the focus on immersive 3D sound without the need for a headset and to present that in a special way for multiple individuals. Full details are explored in this great interview I was able to have with the ComHear CEO, Gerry Chastelet and I appreciate him taking the time.

For those coming from a traditional sound bar to this, how’s it similar and what sort of extra benefits would a buyer get out of it?

Gerry: It’s pretty uniquely built compared to a traditional sound bar. They may traditionally have five or six speakers in a single enclosure. Those speakers are probably not amplifier power driven. What’s totally different about the Yarra 3DX is that the particular version releasing in the first generation is a twelve speaker of twelve driver technology. Each driver has a two cavity or enclosure and each is individually tuned.

They are specifically designed so that they are equal distance apart. Each one of those drivers also has its own amplifier so each one can be controlled like a smart speaker as so to speak. Then the digital signal processor that controls the functionality of the 3D capability and the direct beams are done on a DSP. The main difference is that this is a smart bar whereas other devices are passive devices.

As far as 5.1 and so forth, what sort of different audio formats are supported?

Gerry: 5.1, 7.1 audio is automatically decoded, it’s irrelevant what you feed into the Yarra 3DX. It decodes that so its source independent and handles it accordingly. 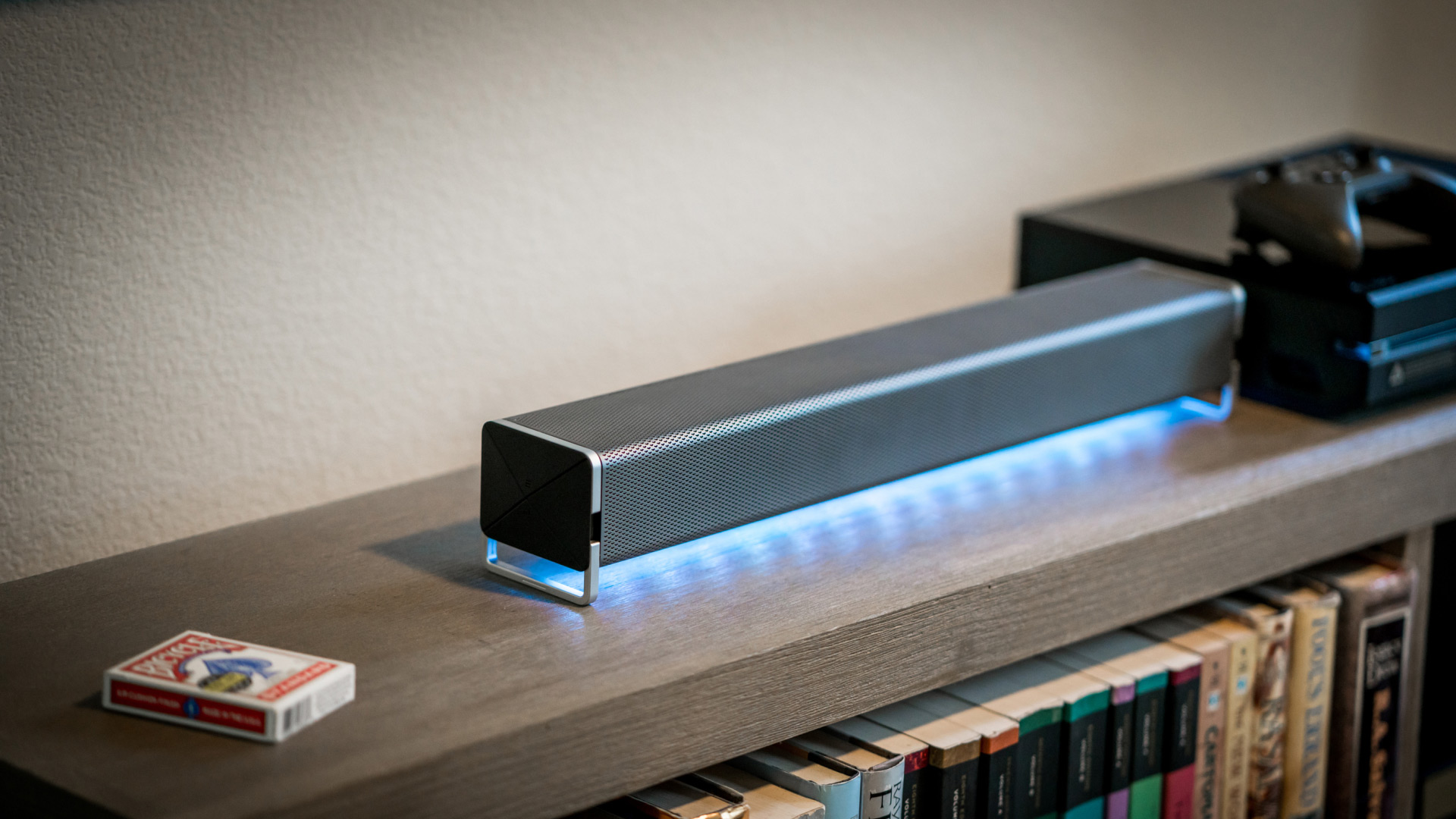 From what I’ve seen there are different tracking options for tuning and optimization?

Gerry: The Yarra 3DX comes with an application that runs on your mobile device with Iphone and Ipad as examples. You can set the product for either near field experience or a far field. Let me explain that, if you’re a gamer sitting behind a computer you can set it near field so that it’s set to say a 3 foot space between you and the device. So you can feel like you’re immediately immersed one on one. If you’ve got a group or if you’re looking at it like a cinematic experience in your family room you can set it to far view at fifteen to the twenty or so foot experience getting the same surround sound capability.

What makes Yarra 3DX really unique is the ability to have more than one in what’s called in the video/cinematic industry, the money seat. If you have a five by one theater setup at home or seven by one theater setup undoubtedly somewhere in the room, usually centered on the screen and centered amongst all those various speakers is the seat that gives the best audio experience. With Yarra 3DX and every model that ships at the $599.99 price you can set every one of them to have up to three individual selective and directive sound beams of a fully binaural capability. Each of those beams create full surround sound whether it’s on the left side of the room, the right of the room or the center. This provides three distinct money seats that you can create with Yarra 3DX.

With the push for 3D audio why do you feel it is was important to create that sense of 3D space for say games or music?

Gerry: Obviously the 3D space in the cinematic world has always been exciting as you get higher quality video content. Audio hasn’t particularly kept up with 4k screens and so forth, so now when you get into the cinematic experience where you’re having full immersive audio that’s part of the experience for watching a movie. However when you move into the gaming experience, again gamers really want to feel an immersive surround sound experience and they traditionally have to have headphones to get that.

What we do by bringing out a product like Yarra 3DX, it really frees them of the confinement from wearing a set of headphones and eventual fatigue if you wear them on a long term basis. We saw an opportunity in the market to satisfy three entertainment needs. High quality audio, very immersive video 5.1, 7.1 cinematic video reproduction and the surround sound that goes with that. Then the gamer and those that do all three, the ability to do that socially without the confinement of headphones and the fatigue that goes with that. 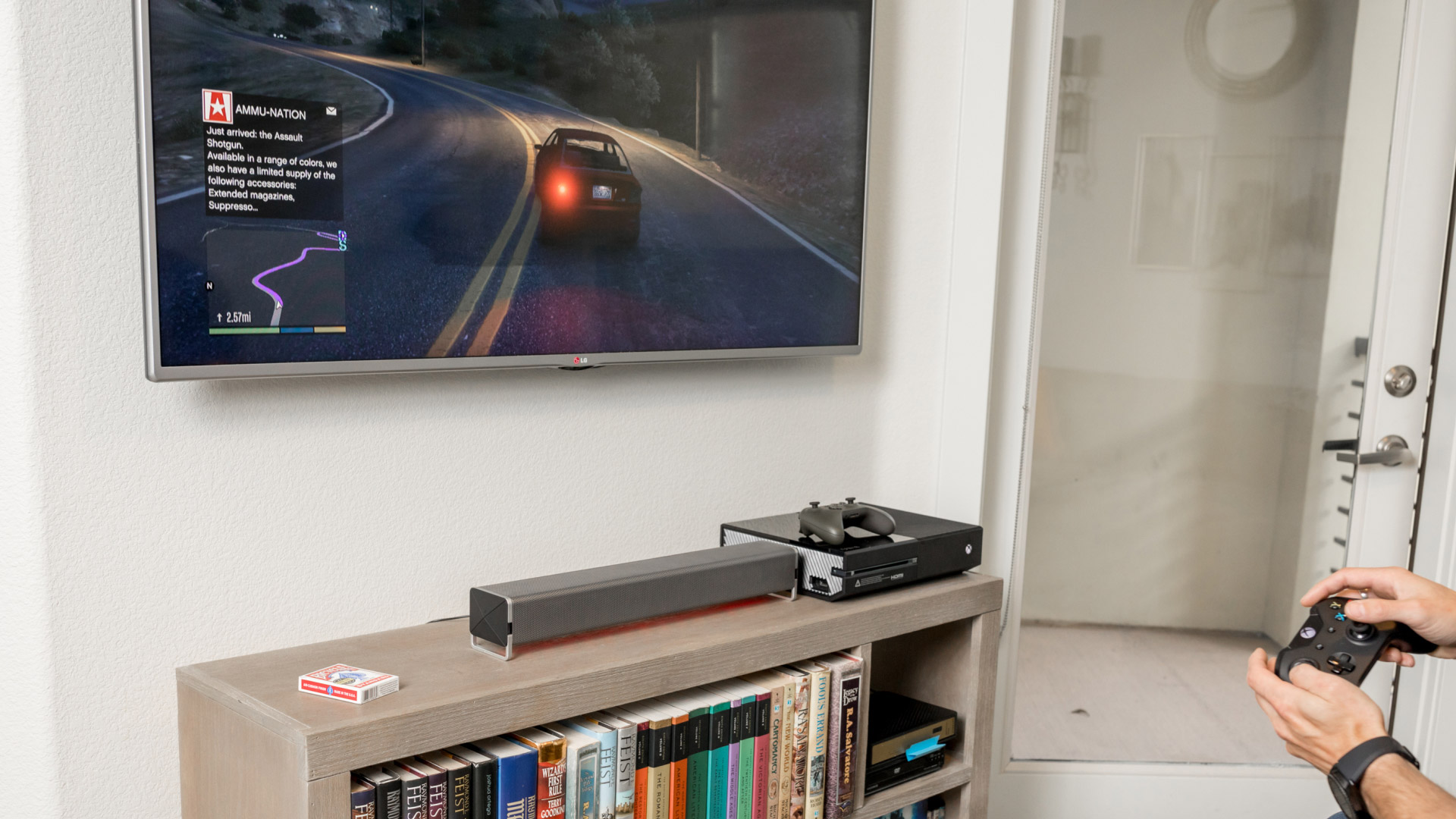 Just a question about the casing, what sort of ports are available and can you briefly go over the enclosure?

Gerry: The initial version will come out with wireless Bluetooth input, HDMI, obviously the subwoofer output on the device and the actual skin of the device will be silver metal casing and black on the first versions.

Gerry: What’s unfortunate is that we had to do this remotely because the real test is for those that experience Yarra first hand. Again, this is a technology that has been in production in our company for the last two years and we use it in the pro AV world and we called it MyBeam Powered. MyBeam is a directive audio capability but what Yarra really does is extend that technology to the consumer space and for what we believe is a very attractively priced project you can offer individuals the complete surround sound experience.

This is without all the wires, all the connections and without speakers all around the room. The option to tune that experience to whatever your personal likes are or how your seat arrangement is setup. We think it’s a destructive technology of which the time is absolutely appropriate with the interest in gaming and interest in experiencing sound at a much higher level.