Mattias: It’s a game about Yoku the Dungbeetle starting out on his new job as the postman on Mokumana island, stumbling upon a plot to assassinate the giant Island God. Our game is the result of mixing adventure platforming with pinball mechanics. It’s a metroidvania, or pinballvania, set in a large, seamless environment.

How will the pinball sections be integrated into the open world environment?

Mattias: At its core this is about going on a grand adventure, and exploring a unique and exciting place. There’s really no difference between the pinball part and the platforming part, we’ve found a way to integrate the two without any “seams”, or going from one mode to the other. Some areas have more recognizable features borrowed from traditional pinball tables, but it’s all part of this new mixture. The island is riddled with flippers and bumpers for you to play with, but at any point you can take control and start walking around. It’s all one fluent thing.

I really loved the art style of the game, what was the inspiration behind the distinct look?

Mattias: We’re all huge studio Ghibli fans, and I look at a lot of scandinavian artists for inspiration. John Bauer is a big influence in all my work and in this project especially. We wanted to infuse the game with the feeling that you’re discovering a secret garden, and that the whole place lives and breathes like one big organism. Additionally we wanted to bring a fresh, handmade feeling to everything so we’re not afraid to leave a few raw brushstrokes in there if it helps the overall look! 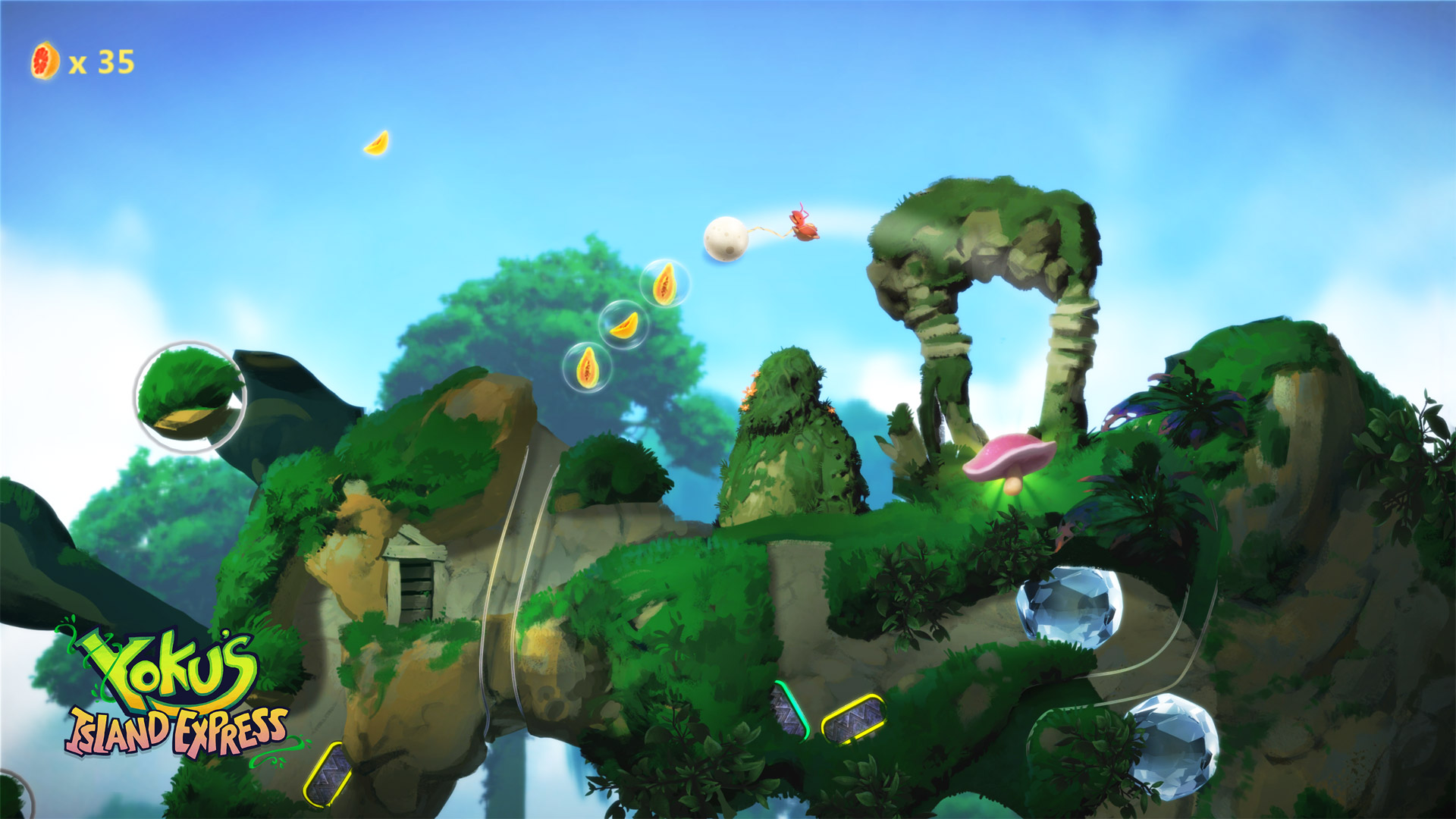 Building on that, what sort of environments will we venture across and do they affect how the Pinball areas are played?

Mattias: The main environments are the jungle, the snow capped mountain peaks, the sulphuric hot springs, and the temple caves beneath the island.  The whole island is one big canvas that we paint on, so creating variation is very easy. Each environment brings its own set of challenges and Yoku has to get certain abilities along the way to tackle them accordingly.

What sort of narrative will be present within the game and what is the overall goal the player is attempting to accomplish?

Mattias: As Yoku arrives on Mokumana Island and starts his job as the new postman, it turns out that the Island God is sick, and needs help from the three Island Chieftains. You are given three letters, made out to these Island Chieftains, and set out to track them down. As you make your way across the island and meet its inhabitants, you learn that there is more to the Island God’s sickness, and that a sinister presence is hiding around in the shadows!

What platforms can players expect Yoku’s Island Express to be available on?

Mattias: Yoku’s Island Express will be available on the Xbox One, PC, Playstation 4, and Nintendo Switch.