AA: FlatOut 4 is a real love letter to the original games – our goal here was to recreate what we and so many fans loved about the original – the pure, intensity of demolition racing that gets your heart pounding and your pulse racing. Of course, we added new bells and whistles like Assault mode with traps and weapons, like new Stunts, like a next gen engine. But at its core, this is a return to what made FlatOut so great.

When taking a look at past FlatOut games, what were some of the key elements the team wanted to carry forward in this fourth main entry?

AA: The fun! (Smiley Emoticon) Seriously, though, we felt there was a real gap in the market for pure arcade destruction derby madness --- that never takes itself too seriously!

What were some of the new features or big changes that were desired when working on FlatOut 4? I’ll also mention that I found the one where you’re looking for a cat to be particularly hilarious.

AA: While it was our goal to return to the roots of the series, it was really important for us to add our own unique flavor and push the series in innovative new directions, with new modes like Assault, which adds traps and weapons to the player’s arsenal. Players can set up harrows that will spring up on their unwitting opponents, send bowling balls bouncing down the road, utilize magnetic bombs and trigger shockwaves. 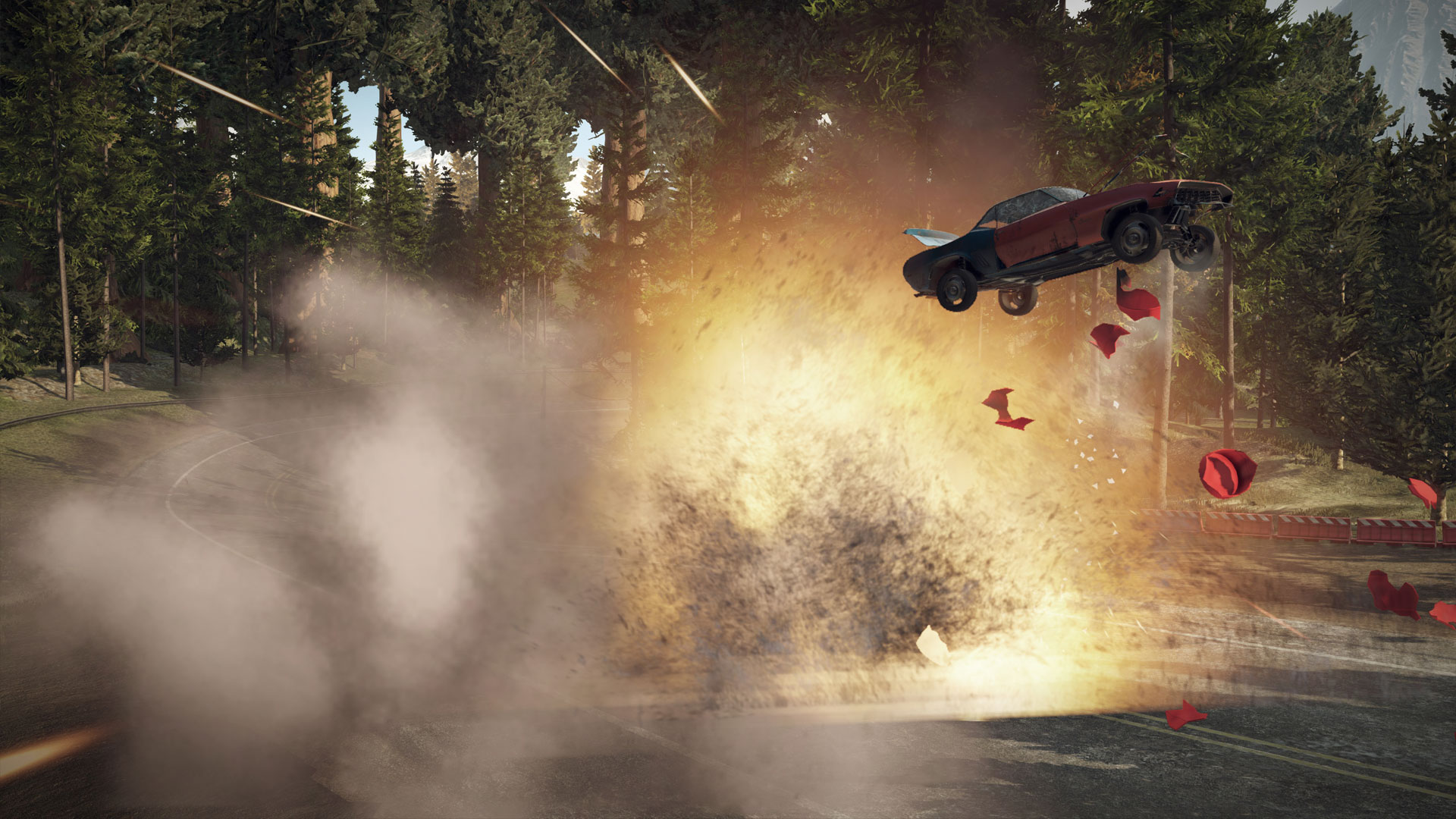 Taking a look at the name, I’d love to know where the idea for the “Total Insanity” portion of FlatOut 4: Total Insanity came from?

Emanuel: When naming the latest entry in FlatOut, we really wanted to capture what we think is the essence of the franchise – total insanity, pure unadulterated fun. This isn’t a racing sim, this is for gamers who want to go off road, tearing through a chemical plant in a rocket powered ice cream van.

Could you describe the level of customization present for the cars and some examples of what sort of vehicles players will be able to earn while playing?

AA: One area we felt we could really improve on in the new FlatOut, as opposed to earlier entries in the series, was really making customization matter to the car and making it viable to upgrade and enhance your favorite car so that you could use it in any environment. We didn’t want this to be a game where you put love into upgrading a car only to have to retire it for a newer car to handle more advanced environments. With the right modifications, you can absolutely take your muscle sports car into the snow filled mountains! Earn cash and spend it to improve resistance, acceleration and more. The user also has the ability to change cosmetic details like drivers, color, decals, nitro particle effects and the car horn.

It was noted that there will be 20 tracks available in the game, what sort of environments or setups can players expect to see when racing across them?

AA: Environments are varied and include dust-filled desert, treacherous icy snow topped mountains, water canals, a chemical plant, and a logging village in the mountains. And, of course, a homage to the Stunt arena of the original where you will perform both classic and new stunts. We also have a variety of arenas in these environments complete with power up pick-ups. 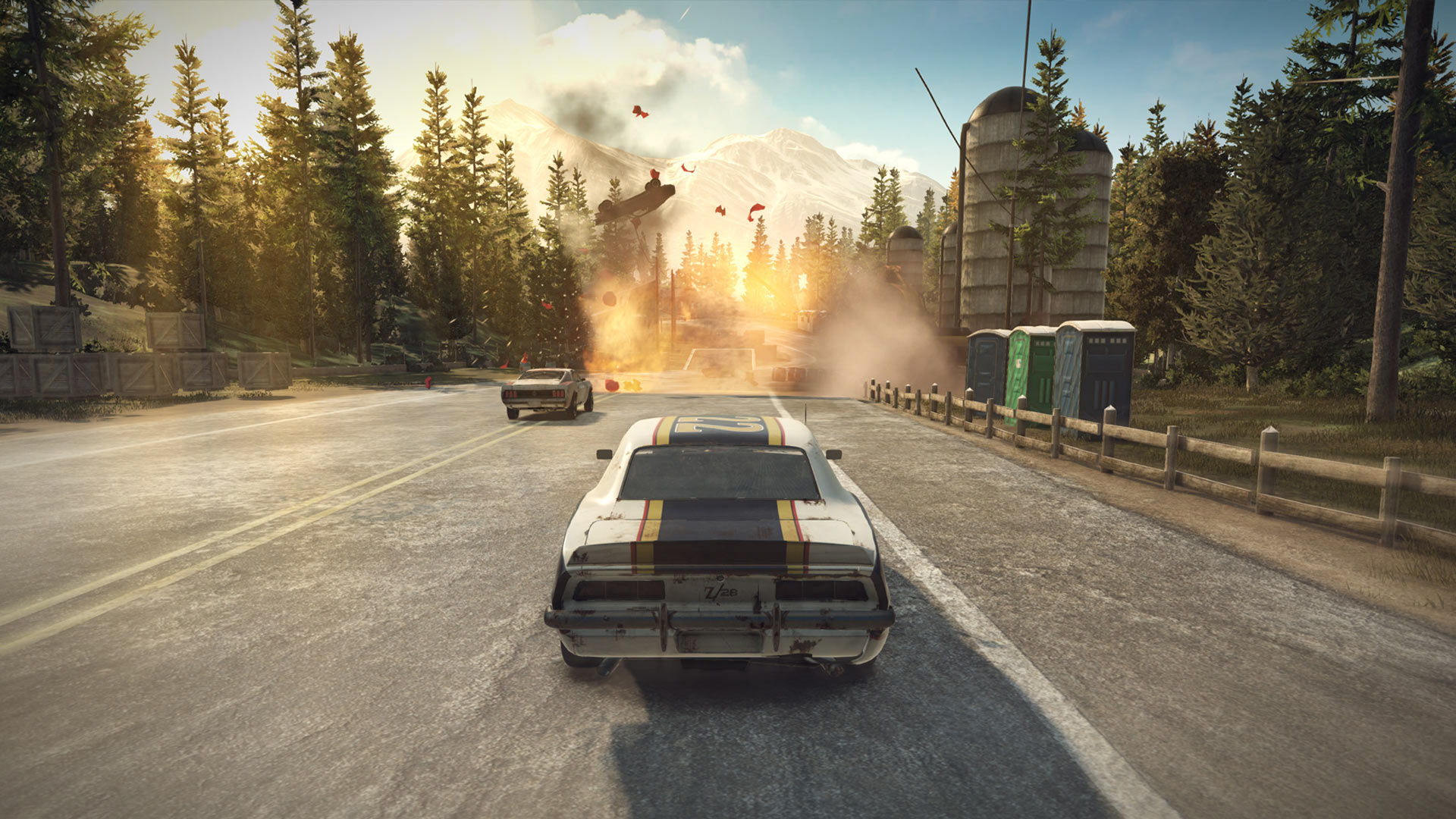 Could you give a quick overview on what sort of game modes will be present within FlatOut 4 and what options are available for those that would like to race against other fellow opponents?

AA: FlatOut 4 has three primary modes: races, arenas and stunts. But within these modes is quite a bit of variety, including style of races (tournaments and quick play both include traditional, beat the bomb, Assault, time trial), arena styles (capture the flag, beat the bomb, survival). There’s also online multiplayer and for local multiplayer, a stunt party mode.

Lastly, I would like to leave a spot for you to say something or go over anything I might have missed during the interview?

AA: Everyone involved in creating FlatOut 4 has worked very hard on this entry into the Flatout franchise and we hope that you will enjoy it as much as we have enjoyed building it!