Aki: Motion games are our specialty. In addition to five Kinect titles, we’ve also worked on the PlayStation Eye, PrimeSensor and Intel RealSense.

I believe Kung-Fu for Kinect might be the only port or remaster of a Kinect title; how was the experience of moving the title to Xbox One, were there any issues?

Aki: Kung-Fu High Impact was originally created on the GamebryoLightspeed engine. It’s no longer available on Xbox One, so we had to rewrite the entire game from scratch on Unity. Happily, game development tools have come a long way in the past five years, so redoing the entire codebase was less of an effort than you might think. It also allowed us to take advantage of the Xbox One’s higher power by adding in more features.

What sort of improvements or changes were made to Kung-Fu on Xbox One and how was the decision made to move the title over to the current generation?

Aki: Ever since Xbox One launched, we’d been receiving requests from fans to see Kung-Fu on Xbox One. After three successful Kinect games, we felt comfortable with returning to Kung-Fu. Being able to self-publish through ID@Xbox and develop on Unity meant we could do it.

The story, characters and scenes are familiar, but combat mechanics have been rewritten, and all fights have been completely redesigned. You’re still punching cartoony bad guys to oblivion, but we now have a wider range between numerous one-shot punching bags and tougher bosses. We’ve also added several challenge modes for those who wish to play daily. 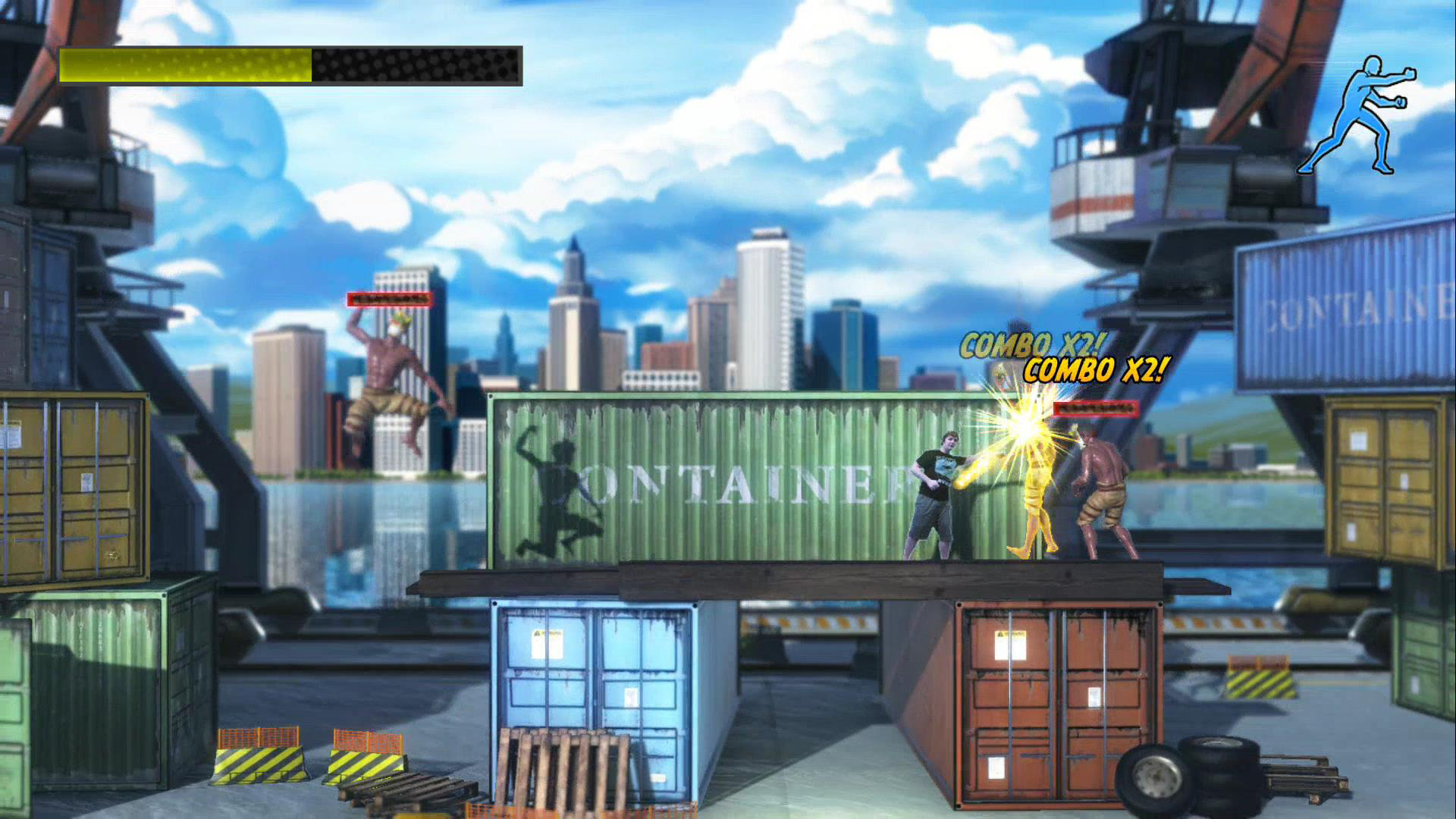 I really liked the easy, yet fun controls. How did you guys decide on what movements and abilities would be available for players to battle with?

Aki: The player’s super powers were chosen through lots and lots of prototyping. You can’t design a motion game on paper, you have to try it out in action. One of our early ideas was to have a “force lift” power, where you’d slowly raise your arms to lift nearby enemies off the ground, then smash everything down. It seemed awesome on paper, but in practice it completely broke the flow of the combat. You were forced to stand still for long enough that enemies would always knock you over the head. Further, Kung-Fu is all about punches, kicks and swift motions, so purposefully slowing down your hand movements felt out of place.

Another important thing to consider was utility vs. awesomeness. Everybody loves shooting lightning from your fingertips, but we also have two different powers you can use to move around the battlefield. This is extremely important, because you don’t have a lot of room to move around in reality. VR developers are scratching their heads with this issue, and we already did it five years ago!

Another fun aspect of the game is the comic strip quick shoots, tell us a bit about the process involved there and where the idea came from?

Aki: Right from the start, we wanted the player to enter the cheesy world of 70’s kung-fu comics. You know, like Tron, only more tongue in cheek. We wanted to tell the story in that format, and we also knew it would be good for pacing to alternate between intense fights and more laid-back moments. So we started thinking if we could involve the player in the cutscenes somehow. Taking snapshots and using the player as the main character in the comic had such great reactions that we had to do it. 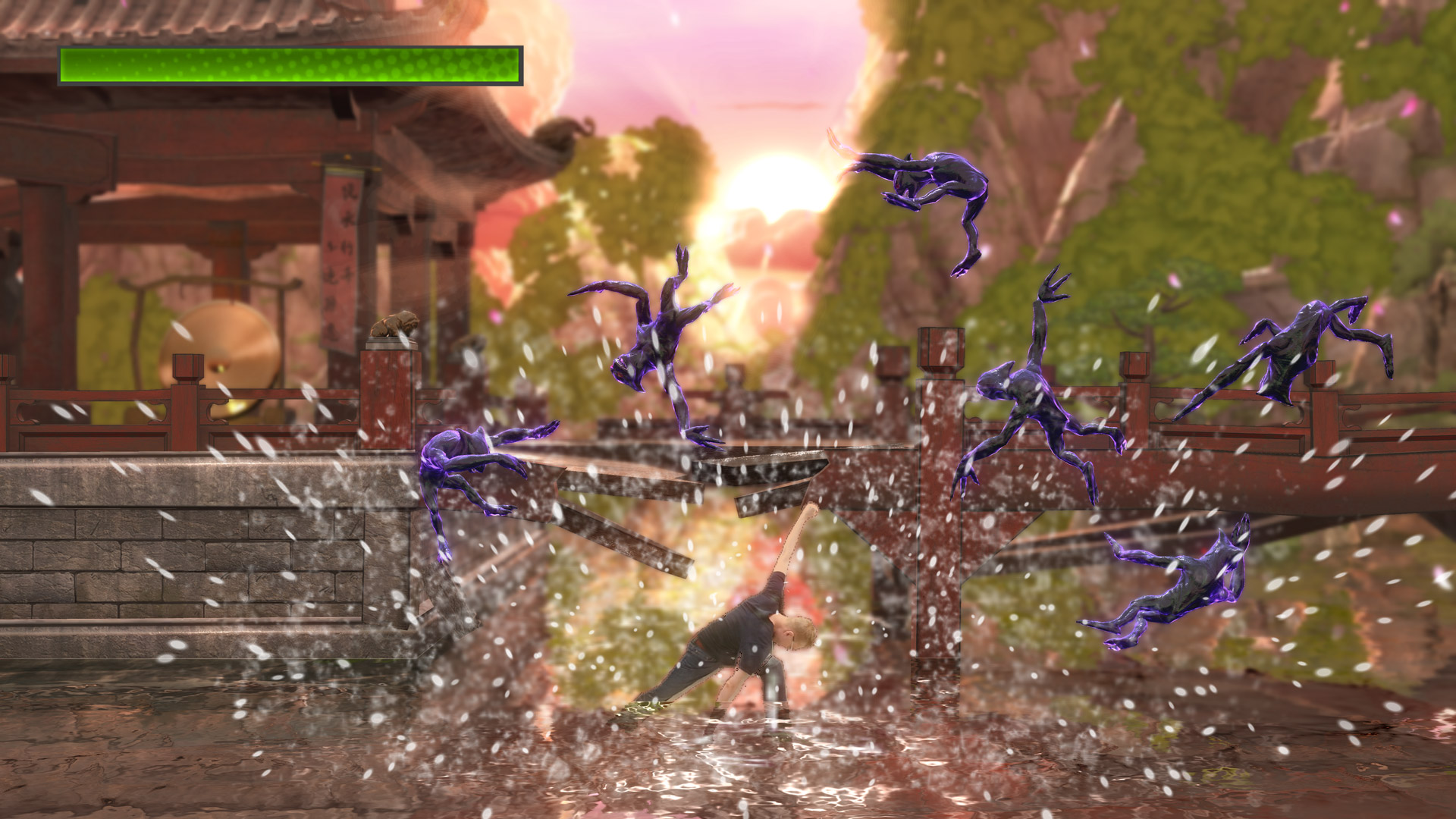 Being one of the few developers working with Kinect, what are your thoughts on the Xbox One S not natively supporting the device? (Side Note: Players can order a USB cord for support)?

Aki: Well, there’s good and bad sides to it. Obviously it’s a bit of a bummer not to see more Kinect devices. On the other hand, the price is great, which means the Xbox One S is a great purchase for a lot of people. So the user base expands. They see there are fun games to play on the Kinect, so they purchase a standalone Kinect, and things are great again.

Also, if you already have an old Xbox One with a Kinect and buy an Xbox One S, you get the USB adapter for free.

Xbox recently announced their next console as Project Scorpio, what are your thoughts on this device? Do you believe it will support the Kinect and are you looking at upgrading or working on any titles for this more powerful Xbox?

Aki: I know as little about Project Scorpio as the next guy, but somehow it feels like it would support Kinect. I mean, it’s meant to be the most technically advanced console out there, why wouldn’t it support Kinect?

I would also imagine that our existing titles will run fine on it. We’d only need to redo things if the Kinect hardware changes, which I don’t believe it will. As for upgrades, we’ll have to wait for a bit more details about the device to be able to determine whether we can increase the amount of fun to be had! 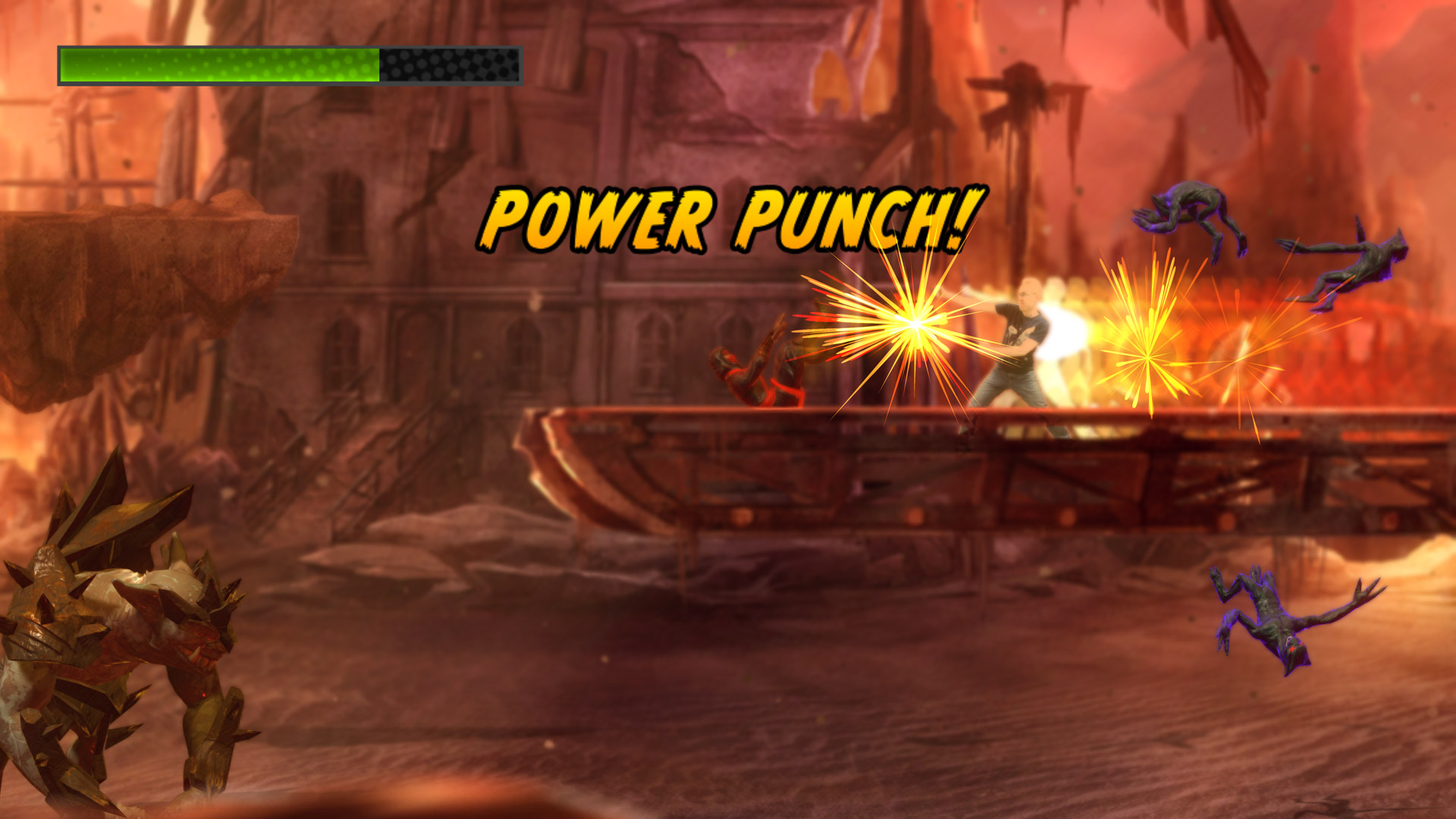 Aki: Keep watching the skies for more Kinect games! We have no intention of stopping as long as we have fans who want to play motion games. I can’t reveal much yet, but our next project may or may not involve dinosaurs, sharks with lasers, monster trucks and UFOs. Possibly this Christmas.