Interview with Mark Ladd ; CEO and Co-Founder, for 'Lyteshot'

For the readers, could you quickly give us an over view of LyteShot?

LyteShot takes interactive entertainment to a whole new level with its hardware, mobile gaming apps and platform eco-system - think Wii © for everywhere. With LyteShot, you are no longer tethered to your TV screen or computer monitor to experience being in your favorite games - now you can create your own multiplayer mobile games to play anywhere. LyteShot leverages the cloud through a player’s mobile phone to relay in-game data instantly, and not just for a playful game of tag, but taking it to a whole new level as an immersive fantasy RPG, a first person shooter (FPS), sci-fi adventure, or an endless array of action alternative-reality games (ARG) - turning the real world into your gaming arena.

Building on that, I'd like to ask what you're hoping to achieve with LyteShot and where you can see this going in the future?

We bridge the gap between creating storylines of complex location based games that take place on a global scale, and connect our hardware and platform with a new type of games that are developed and played at a completely local game level. Our goal is to make games that you can play with the people you know, in a local area, in a relatively short amount of time - or if you prefer, play longer, more persistent games that can take over a week to finish depending on the gameplay and number of players. We prefer that you be able to play whenever you want, with people of your own choosing, and the type of game that you can develop.

The potential is fascinating with this sort of technology, how easily accessible will it be for players to get into it?

At its core, the LyteShot system consists of our cloud based platform service, the Lyter which contains an array of sensors, and the LytePuck which not only serves as a receiver, but can also serve as a portal a treasure chest, or whatever a game developer chooses to designate. The basic player kit includes both of these devices, but the hardware is not required for gameplay. We want to ensure that the hardware is not preventing people from playing LyteShot games, so we have created the ability for players to play at least some of the roles in most of our games without owning the hardware, which means you would only need a Bluetooth Smart enabled mobile phone, such as an iPhone 4S or newer, or a newer Android device (most of the mobile devices released in the last couple years have Bluetooth Smart capabilities). If you decide you like the experience you’re having without the hardware and want to take it to another level of gameplay, you can decide to purchase the hardware later along with our suite of peripherals.

So with a quick download of one of our games at Apple Store or Google Play, you can be immediately immersed in an alternate reality as another persona. And no longer are you dependent on large masses of people playing in these location-based games because these games are able to be hyper-local with you and your friends.

What sort of experiences are you hoping to achieve with this platform for the average gamer?

Our dream is that the perception of mobile gaming moves beyond just staring at a small 4” phone screen, and begins to leverage the Internet of Things (IoT) as a part of the larger eco-system. New mobile devices come on-line every day with internet connectivity like smartwatches and heads-up-displays (HUD), which allow data to be accessed in entirely new ways. We see that changing the face of gaming by letting players play games as you move throughout the real world in a way that enhances your daily life rather than distracting from it. Initially, the demographic we anticipate who will be most drawn to the LyteShot platform will be people interested in pervasive gaming and creative participatory games with immersive storylines such as Alternate Reality Gaming (ARG).

Capitalizing on the recent rise in popularity of live action role-playing games such as Humans vs. Zombies (which is on over 850 college campuses) and Journey to the End of the Night (JTEN) which had over 1,000 players in its most recent event in Chicago, we are seeking to open a new gaming market that allows people of all ages to no longer have to choose ‘Player 1’ on a console, but instead puts the in the game as ‘Player 1’. So you can be playing a game where you no longer need to call out what you are doing in a live action game because now all the gameplay data is there for all players - whether it is a recreation of a field of war or science fiction scenery on another planet, you can play against others, or artificial intelligence (AI) characters who are helping progress storylines or engage you in combat. 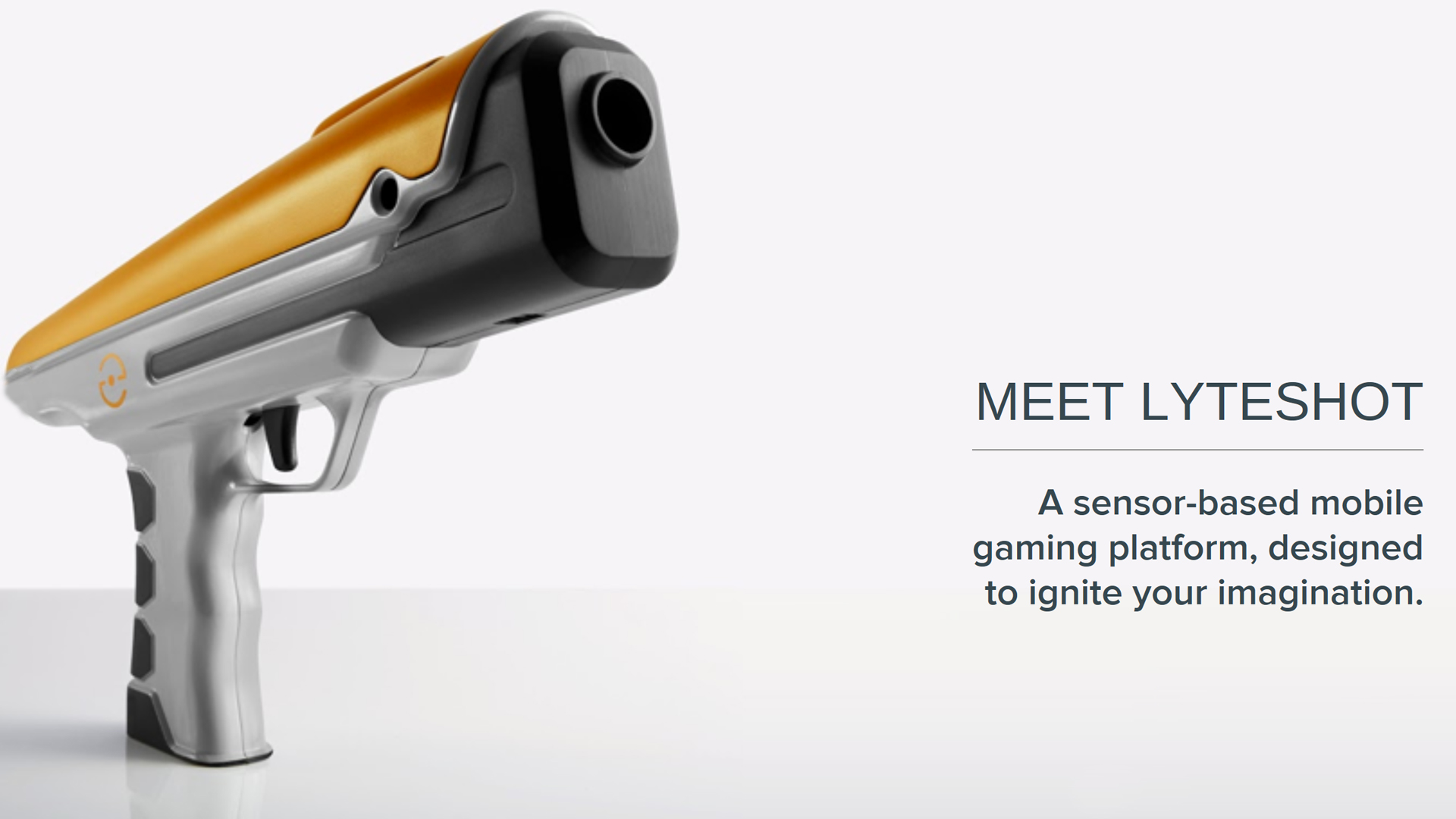 I see the first game is set to be Assassin, could you go over this and how players will interact with each other while playing?

LyteShot’sAssassin: The Game is based on the college game Assassin which has been played for over 30 years on campuses across the country with the first known published rule set is by Steve Jackson Games in 1982. The original game has a number of variations, and while the overall purpose and goal of the game is relatively simple, it can be made variably more complex by additional optional rules. In brief, the ‘classic rules’ for Assassin: The Game allows for any number of players greater than or equal to three players. Each player is assigned an assassination target, whom they must eliminate either with a ranged attack or a melee attack (close range) which in the case of LyteShot’s rules, a player scores higher points the closer the attack. Each target is unaware who their assassin is throughout the game as the selection of a target no longer requires a ‘game master’ to oversee the game, since this process is now entirely automated in random order at the beginning of the game. In ‘classic rules’ mode, any player who is eliminated by their assassin is eliminated from the game, and each assassin who successfully eliminates their target is re-assigned to be the assassination target of the target they just killed. The game continues until either only one player remains or a predetermined length of time has expired.

We have also created another variation on the rules with a ‘Head-To-Head’ version where the game is played only with two players and the game starts with a one minute timer for players to separate, at the end of which the players are informed which player is the assassin and which the target is. The assassin now has two minutes to track down the target, and if the assassin is successful, the assassin gets the point but now the roles reverse with a new clock starting. If a player is unsuccessful in eliminating his/her target before the end of the round, then the timer resets with no points earned by the assassin. This continues for a pre-designated number of rounds at which time a winner is declared.

Moving onto the developer aspects, how easy will it be for companies to work on games that run with Lyteshot?

What we personally really hope to do is to give independent game developers an opportunity to create exciting, interactive games, without requiring years of development effort or a large team. That’s one of the challenges posed by traditional mobile games. They’re now as expensive to develop as the console games were just a few years ago, so there aren’t as many open opportunities for hobbyists and students, but also for professional or independent game developers to develop their own games without a lot of funding. That’s something we hope to change, or at least to encourage. If we can provide opportunities for people to experiment with gameplay without having to expend a lot of time or money, then we’re more likely to get unique and unusual experiences as opposed to another sequel to last year’s hit.

We have spent a lot of time contemplating the right tools to create the ultimate open interactive gaming system. We decided that to help prospective developers get off the ground quickly across iOS, Android as well as Windows, we would start with the foundation of our games using Unity, although developers are not limited only to that.

Our API is going to available for developers not long after the Kickstarter launch in January. We are also working on putting together a higher level toolkit with a graphical user interface (GUI) that allows non-developers to set their own rules and gameplay styles, so that they can experiment with new gameplay ideas without having to know how to program. 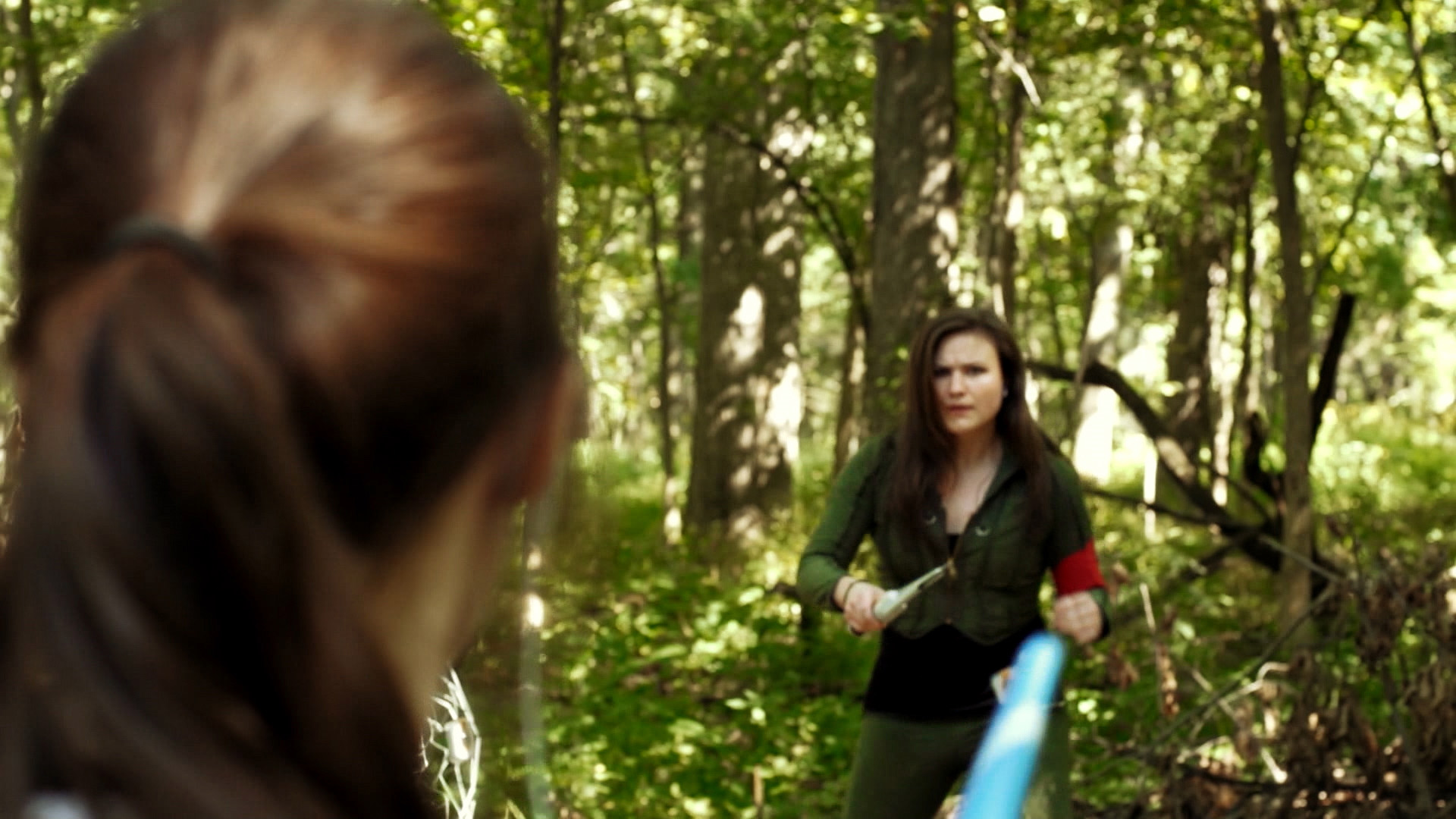 I definitely like the applications that Lyteshot can have for fulfilling fantasy type experiences, what sort of peripherals are in the works or already completed?

Besides our LyteGun, we have developed the LyteWand and the LyteDagger with other peripherals in design such as a LyteAxe, a LyteSaber, and a LyteBow. Currently the peripherals are simple attachments but we are anticipating with our open hardware system that people will develop some amazing peripherals for their favorite games or when they create their own games using our SDK.

In addition, our hardware integrates Apple’s iBeacon technology which means our open hardware allows users to connect an endless array of IoT devices to LyteShot’s platform as part of any game - think: drones, digital ‘claymores’ and ‘grenades’...it is truly endless.

Finally, I'd like to thank you for taking the time to answer my questions, feel free to add anything you feel I missed below that you would like people to know and I would also have to ask at this point is how do you think the technology will evolve over time?

One aspect we didn’t originally anticipate but has been a pleasant addition to our focus is that we have been approached by some local colleges and some high schools to develop an ‘educational developer kit’ for their students because there has been a massive uptick in kids who are seeking out after school curriculum to learn how to program. After seeing how games like Minecraft have enticed younger students to take up programming languages like Java, these schools want to leverage the ability to connect gaming to teach new STEM experiences such as physical computing. Thus, we are looking into developing a toolkit that will allow teachers and educators to teach their students about programming and logic in an interactive fashion, and in a way that is very tangible to the students without requiring a heavy math background or loads of art.

The really nice thing about using LyteShot for educational opportunities is that it gives people the ability to try out new gameplay ideas and make their own games, while using the best graphics engine in existence - also known as Real Life! Tag could definitely use some spicing up, as could even the very basic gameplay types existing infrared guns offer...time to go back to our childhood games and re-envision games like Freeze Tag or Ghost in the Graveyard, right?

Our dream is that mobile gaming changes moves beyond just staring at a small 4” phone screen, and leverages the Internet of Things (IoT) with mobile connectivity of new communication devices coming on-line everyday like smartwatches and heads-up-displays (HUD) which allow you to play games as you move throughout the world in a way that enhances your daily life rather than distracting from it. Initially, the demographic we anticipate who will be most drawn to the LyteShot platform will be people interested in pervasive gaming and Alternate Reality Gaming (ARG) which is about creative participatory games with immersive storylines. 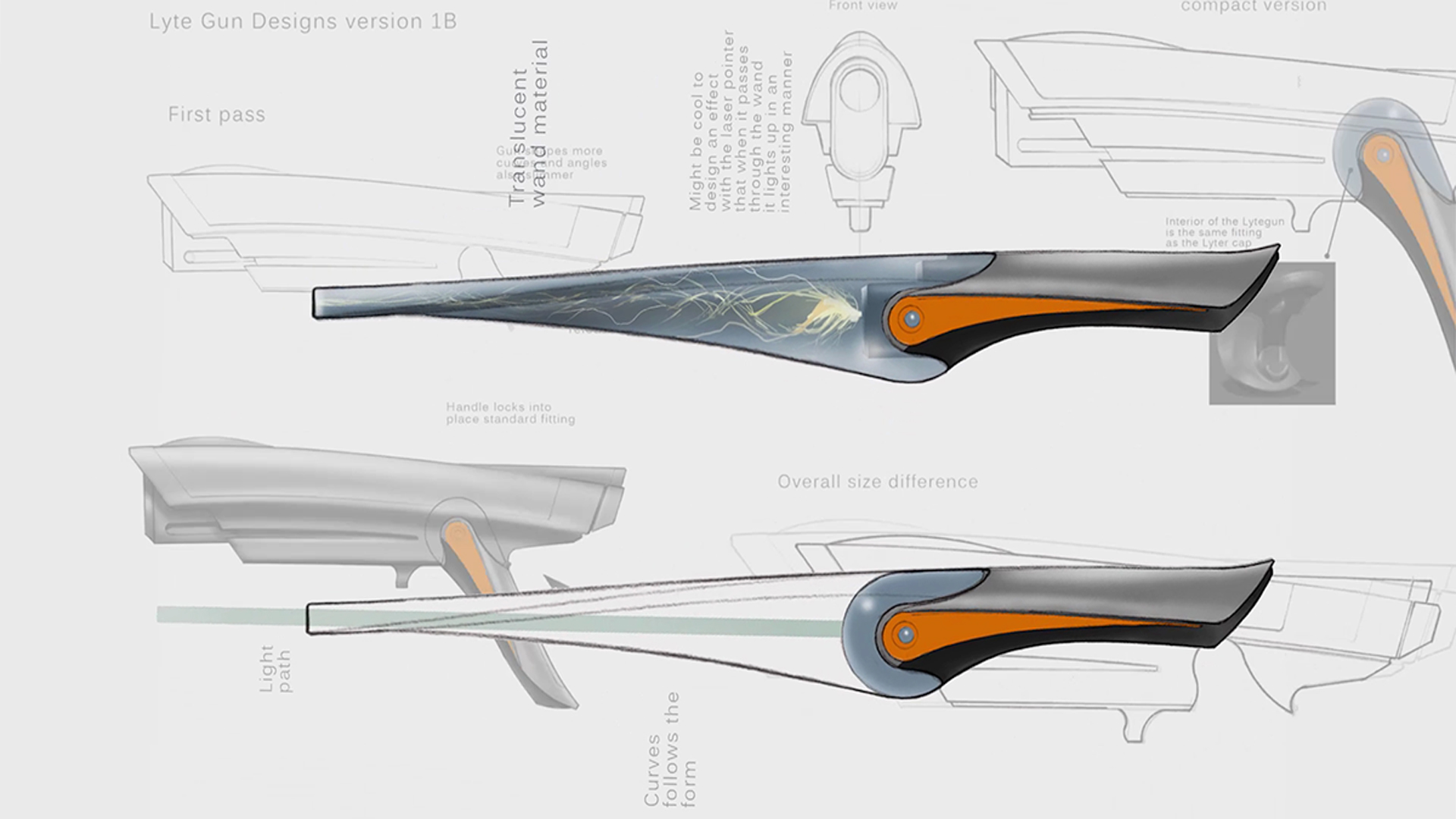