Earthfall is a cooperative shooter that's very much like Left 4 Dead, but with Aliens. This works incredibly well considering we haven't had a good coop game of the like in a very long time. Earthfall looks great with stunning visuals and packs some intense gameplay. The goal is to make it from point to point while doing various objectives and surviving along the way. The aliens will rush you or just be chilling around with even special infected popping up occasionally providing a harsh time. I'd say that it might even be too difficult, but that in itself provides a nice challenge (note, difficulty being tuned). The one night I was playing we'd get smashed by the aliens, but after a few runs we started to coordinate plans and create a strategy which is rewarding.

At its current state the game only offers a single campaign and it's a good taste of what to come. I'm not sure there's really a ton of content yet, but with the early image previews this could come together for a really solid offering. With these types of games the replay value is truly important and they usually are very good at providing just that. The campaign was also interesting to play with only bits of information on what's going on. There are aliens on Earth and your squad is attempting to stay alive, it's got lines of dialogue and interactions between the members. 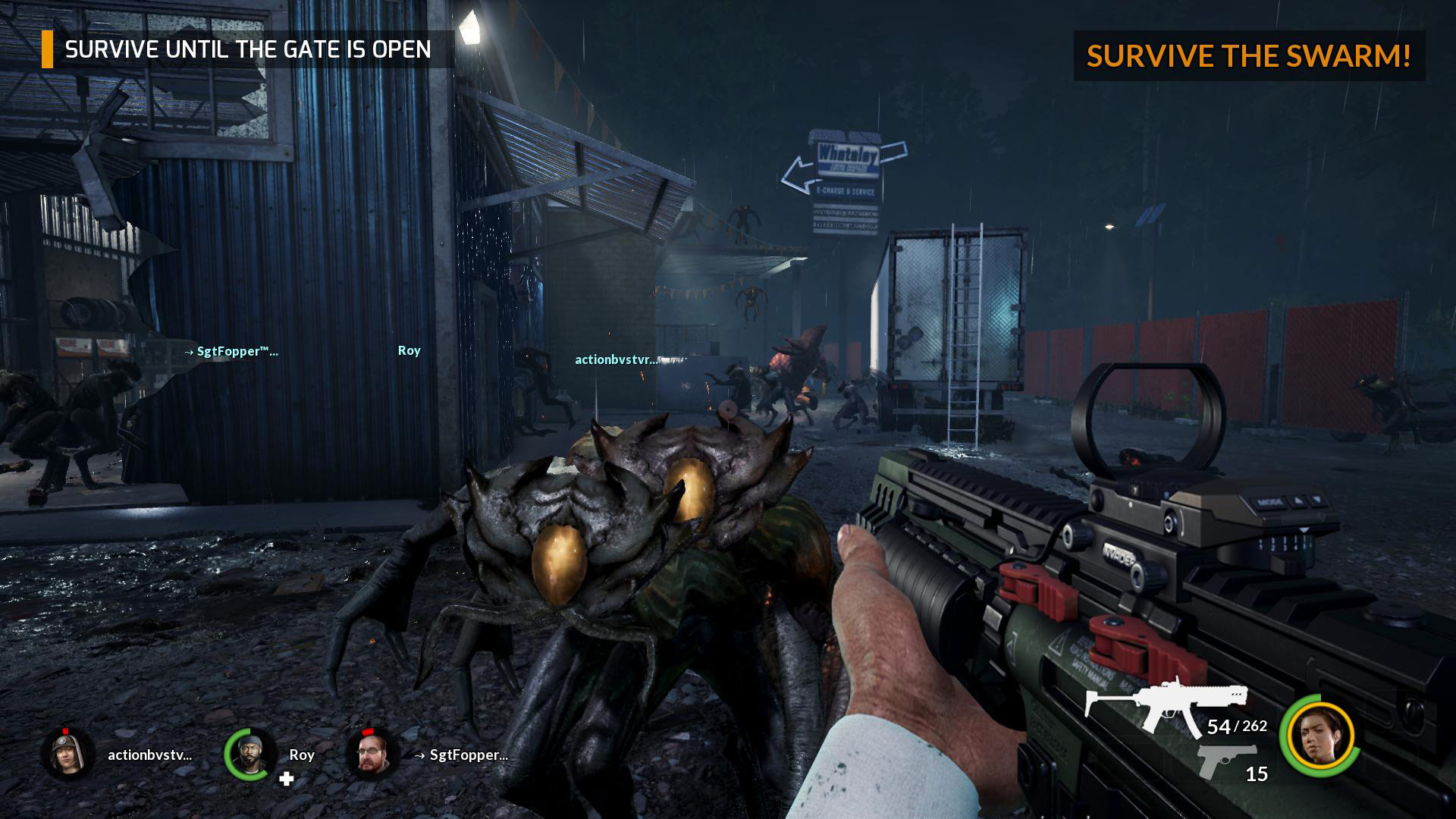 I was impressed with what I played finding it to be a solid early access game though still very much in its infancy. It's got all the core pillars of what made Left 4 Dead so great, with polish and regular content releases this has a bright future. I would mention that seeing a versus mode at some point would be ideal and to see mod support as that can keep these games supported for a long time. These are just ideas as I'm not sure what the development map is for the game, but things that I would find as key to continuing the title. It'll be interesting to see what type of support it gets as Steam Early Access is hit or miss, but there does seem to be some core content planned out at least.

It's got fun gameplay, the aliens look cool with variations and the environments were well designed. The cooperative play was awesome as we shared health packs, weapons and barricades. I did have some FPS problems as did everyone else I came across and these are going to be addressed in the future according to the developer sheet I was given. Despite some issues, I still suggest taking a look at the game since it does have great potential and with work this could be one of the best coop games upon full release or even as it receives further improvements.

Check out our Astroneer Preview
View our PC Hub

Impressions Made on Earthfall on PC during Steam Early Access