Playerunknown's Battlegrounds is a Battle Royale simulator taking the traditional survival formula that's been popular the last few years and focuses on straight up killing. It's less about worrying for your survival and more about running to scavenge every gun that are stacked in houses across the world. At the current moment I was given a duo scenario where you play with a partner and while this worked for the most part in getting into a game, I never once worked with my given partner which was sad. The games start off with players jumping from cargo planes flying over a massive map and you then jumping out whenever.

It's actually somewhat epic jumping onto this massive world and while the flight down doesn't look great, it's quite something. Eventually you'll pull a parachute and then pray no one landed near you in order to grab a weapon. There are about a hundred players on a given map so it can be absolute chaos in some situations, but honestly it's quiet for the most part. It plays very much like DayZ in how you loot, equip your character and play, minus all the hardcore elements. I also found that the visuals were decent offering a forgotten Russia while giving players buggies or jeeps to travel fast with.

One could even say that it's much more streamlined than DayZ offering a jump to the action, but I'm not sure if unlimited sprint or having no survival elements really makes it exciting. It's purely a PVP scenario here as you grab a gun and hope that you see someone before they see you. Some matches you'll be right beside others to kill fast or die whereas other matches will be a snooze where you walk around not seeing anyone. There are waves of ever smaller circles to eventually keep combat moving along, but even that didn't really make combat feel dense enough. At the current moment there's a good selection of guns, melee weapons and tools to use when fighting. Combat with others is usually fast and there's little room for error when trying to survive.

I didn't ever get the chance to effectively use things such as a smoke grenade and that was due to how fast shoot outs were. There were also cargo drops while playing which was fun, this drew in players and caused interesting scenarios where traps were involved. I'm somewhat indifferent on this survival game having played many others and I'm honestly not sure at this point if any of these survival type games will get a full release. I'm willing to give this the benefit of the doubt as Playerunknown's Battlegrounds' beta focused instead of early access and is different. It may carry the same concepts as other survival games, but is certainly wanting to get things rolling instead of having people crawl around for hours gathering things.

Check out our Astroneer Preview
View our PC Hub 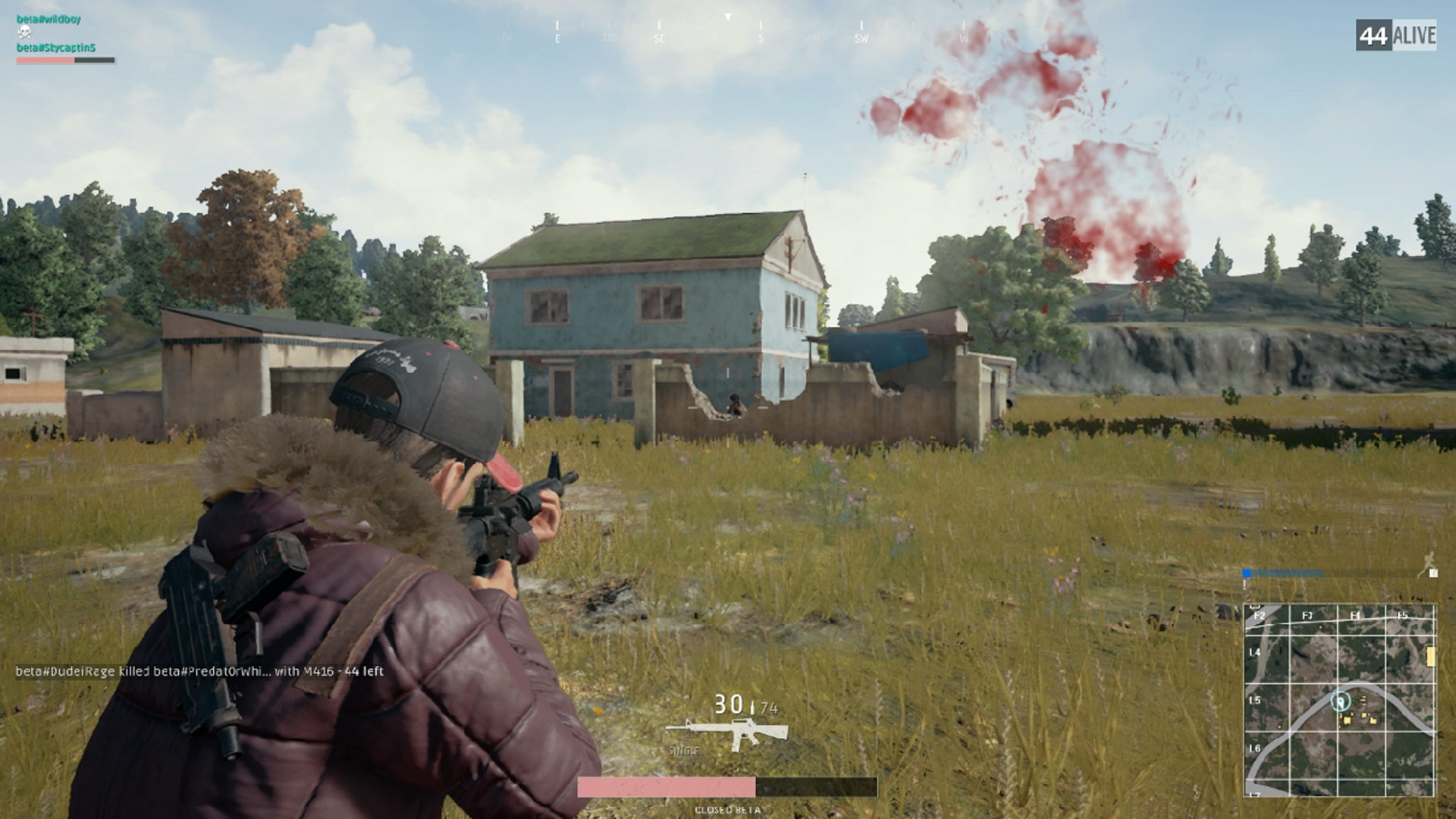 Impressions Made on Playerunknown's Battlegrounds on Steam Beta