At this point I've played Ark on PC, Xbox One and now Playstation 4. With that we're taking a look at the PS4 version in terms of quality and how it shapes up to the other versions which have been in development for quite awhile. While Playstation 4 doesn't have an official early access area the game is very much still being worked on. Which is why I've been asked not to review the title though I do feel that Sony needs to get some sort of program in place as this game does come across as something that's complete in the store. These impressions were also done on the standard Playstation 4 console.

In Ark: Survival Evolved you awaken naked as your customized character on a beach with no idea what's going on. The goal is to generally survive while gaining experience to use towards your level to unlock better gear and gain skills. These settings can be altered if you play with just a couple friends or solo with the default servers providing a rather harsh environment. There's a ton to do as you work on advancing your character such as creating a variety of tools, shelter creations and decorative items. All of these also go through a technology tree of sorts that can take many hours to work through as you get stronger equipment to survive and even take on dinosaurs eventually. Dinos are tough so you'll need to be smart in how you kill them or knock them out for taming. Taming is a lengthy process though so rewarding as many can be ridden which is fun, until they die two minutes later getting stuck on a pike or when another dino eats them (sad face).

The Playstation 4 version of the game does actually run really well considering how intense this game is. It runs much better than the Xbox One version despite that having been in production for longer and having a great deal of optimization done. I didn't notice any screen tearing when on Playstation 4 and it's largely smooth as well which is nice. The world looks stunning with great levels of details and this looks solid most of the time. I did notice occasional lapses where the rendering squares would appear in the distance and the game does have a slow load up initially, but after it does load everything looks good.

Ark is still just absolutely fun to play and on Playstation 4 it runs well providing a great place to survive the harsh conditions of the island. There's a great selection of settings to tweak when it comes to building your world if it's private and it's just a blast when playing with a group. I definitely suggest checking it out if you haven't played Ark before as it's got a great amount of depth to it and provides a massive sandbox to survive in. The PS4 also provides a completely stable and beautiful way to play the game which is impressive despite it still not being at an official release. A final note would be that the attached bit of gameplay was from Xbox One which looks similar aside from screen tearing.

Check out our Ark: Survival Evolved Xbox One Preview
View our Playstation Hub 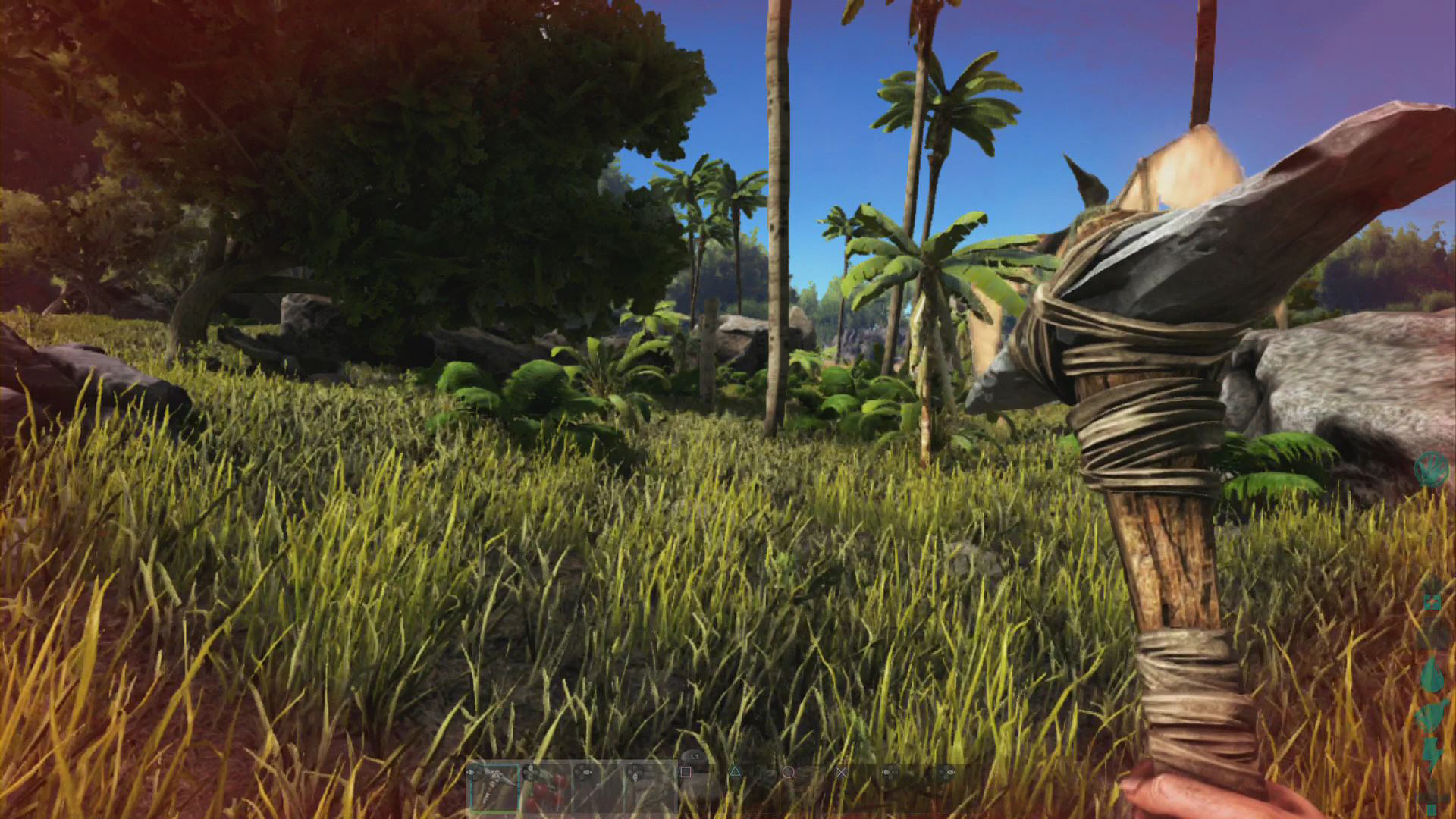 Impressions Made on Ark: Survival Evolved during the Kinda Launch on Playstation 4