I've been following Minecraft on consoles since even before it released having played the original Minecraft Xbox 360 to review two weeks before it came out. It's come a long way since then, but I always thought that the natural progression would be to eventually push towards PC parity. It's somewhat done that for awhile until recently where there's a unification of Pocket Edition and Windows whereas the console versions seem to be stuck on their own. I personally find this a bit disappointing as Pocket Edition has a great set of online servers for games communities makes, yet on console we're now given a pre-made template. This is done in the form of Battle: Mini Games which gives a selection of maps for free with new ones costing money. The system will definitely make a decent profit as there are fun to play and easy to access. It just feels as though they're really cutting away potential from the game by making it a completely locked system. With that, let's jump into my thoughts on this Battle mode. 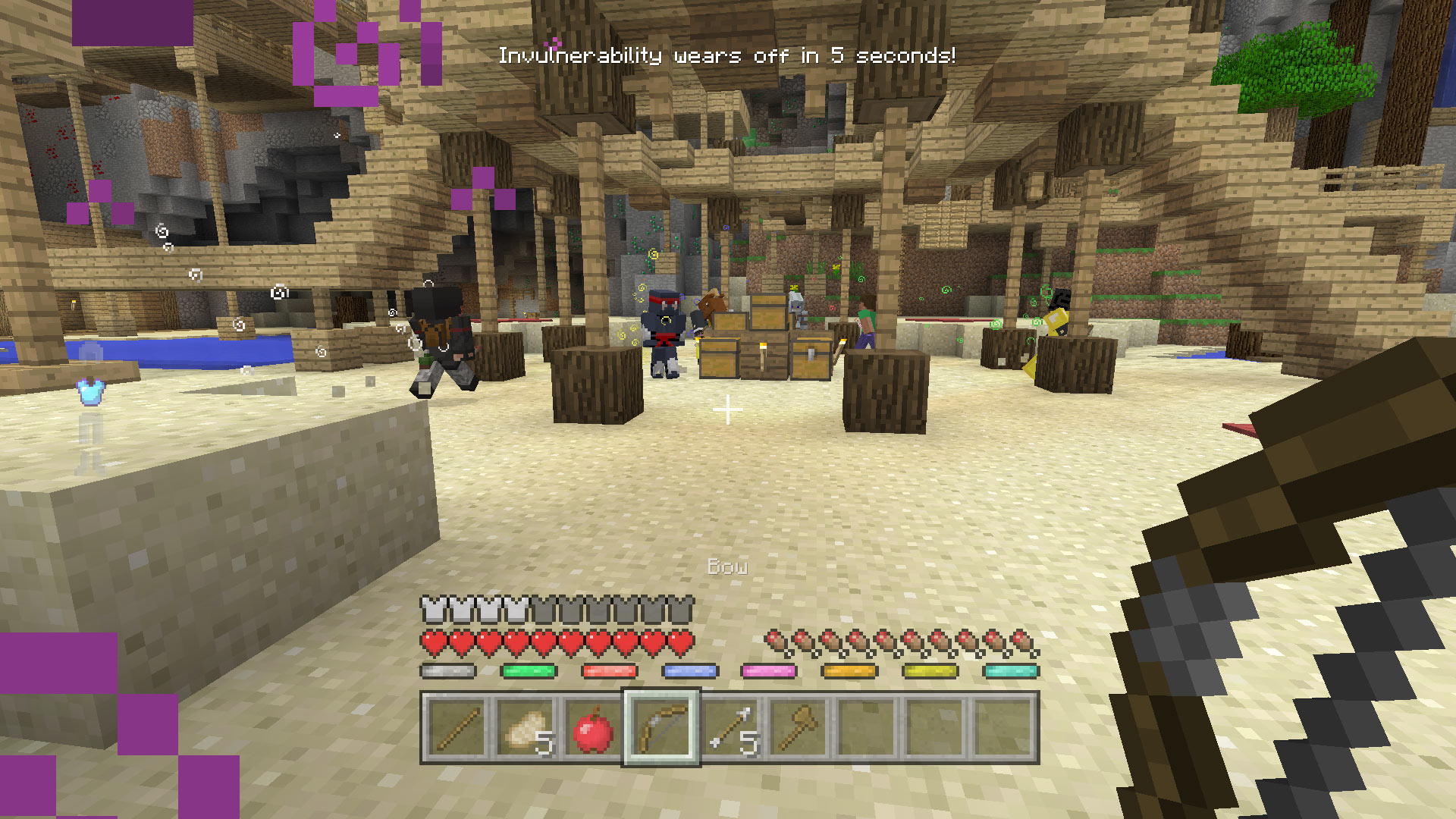 The update rolls out as a free expansion for every single console platforming including Xbox, Xbox One, PS3, PS4, PS Vita and Wii U today and releases with three maps. These arenas are actually quite well done looking distinct and providing differing styles of combat. While it's being called just a Battle the game mode is clearly adapted from The Hunger Games which are a staple of Minecraft PVP, I assume licensing reasons are why it isn't. Players spawn into a hub world for one minute before being teleported to a waiting stage. The waiting stages are laid out around a cornucopia and players run into the center to grab items from chests once the timer ends. This is where the first huge issue of play comes in with the "grab all from chest" feature which basically screws everyone right off the bat. Sometimes I was able to grab three full chests worth of items leaving my opponents with virtually nothing. It's also made easier by auto-equipping which is nice where better items just snap to your player and items fill the inventory.

The balancing is done well weapon wise with a number of fun items, but players are at such a disadvantage and I'm surprised that made it past testing. Matches then progress with players killing each other until everyone is dead except some players are friends and just chill until the countdown timer ends or some just don't find each which is why a death match arena would have been nice. That's about it for the Battle mode and it works fine other than those issues with some nice leaderboard comparisons as well. I did however have tons of issues with slow loading into games; disconnects from Live when joining lobbies, getting general Live disconnects and being put into empty lobbies. Hopefully this is fixed over time as it's atrocious at the current moment and in the video you can see that for the first ten minutes. It was frustrating, especially when streaming and while it worked better later on this is a matchmaking service and it should be more efficient. I would say even more so since I was on Xbox Live and Minecraft is a first party title. I did have some fun and it connects players well, so hopefully the issues get fixed for this to become a great time. I still wish they allowed us to have our own servers and realms, but it's a start I suppose.

Impressions Made on Minecraft: Battle Mini Games during the Release