I was recently invited to do a virtual press tour which was awesome by the way and we need to see more of these online in order to check out a fresh build for Riders of Icarus. This is an upcoming MMO from Nexon based around the taming of creatures not only on land, but also in the sky. I'm going to go over what I learned during my session with the game where we were guided by developers through certain sections to get a full experience of the title. The first bit of information is that the Riders of Icarus closed beta runs June 2-7, 2016 with a May 29th early start for those with founder packs. I've also done some extra research and learned that the NDA will be lifted this build. That means we'll begin to see some screenshots and videos being released, hopefully I'll have access to produce some video content. You'll also be granted exclusive Silver Dragon or Gold Dragon capes for participation and these unlock July 6 during the open beta.

Onto the game itself the build we played felt short as it was actually quite fun and about a hour of guided time in the world. We were initially given access to the character editor to get a feel for it as in these types of games making the character is very important. There was what I'd say is a typical amount of tweaking options for characters as far as designs for hair and facial options. I also wanted to mention that these are mostly pre-selected options that are in great quantity, but I would have preferred to see sliders to get more unique characters. 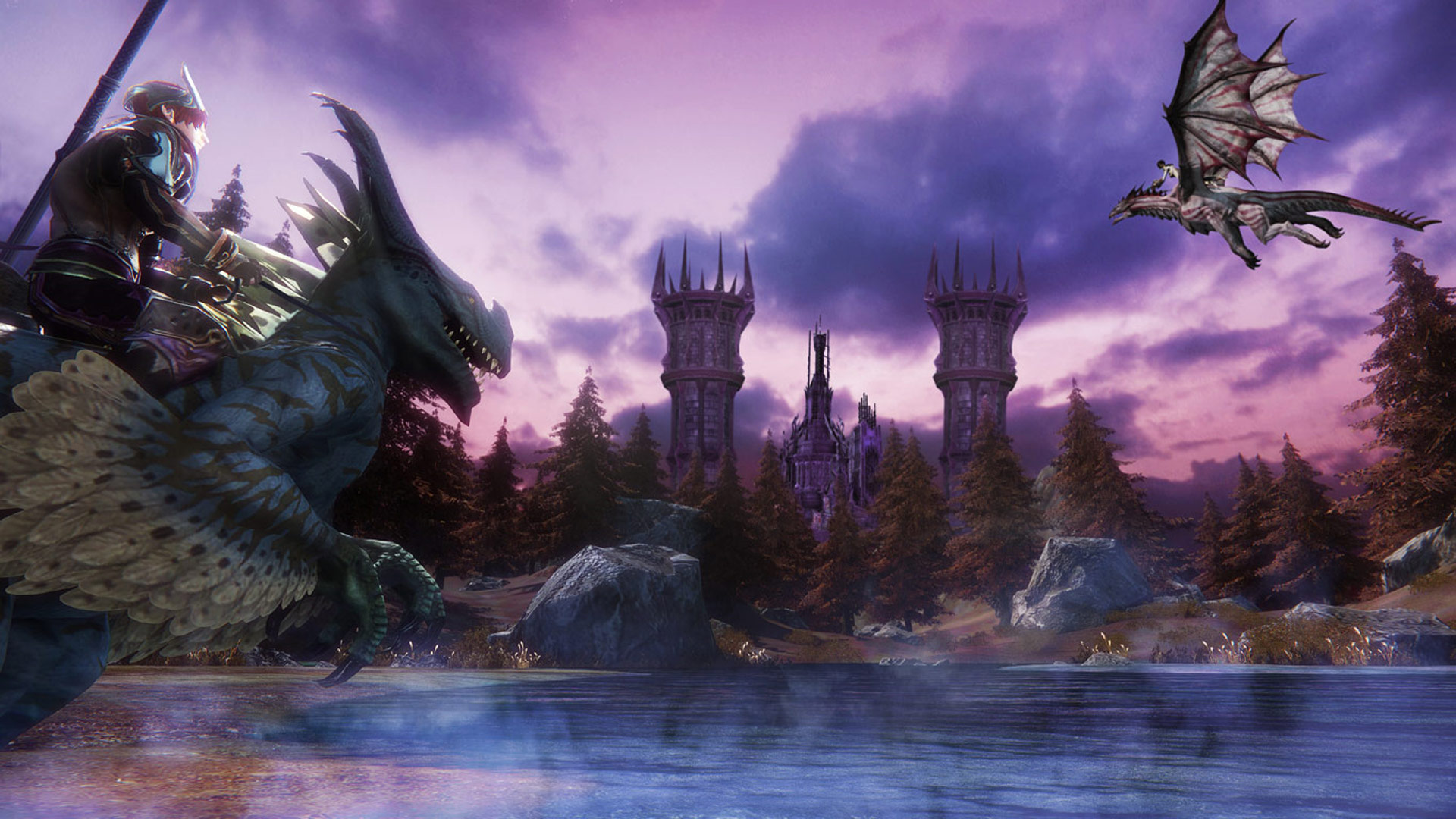 The next portion of our journey was to gather basic information and learn how to tame. Taming is a big part of the game as that was quickly apparent and we needed to train some bears. It was actually quite funny seeing this small group of players attempting to tame for the first time as you need to jump on creatures after priming your ability. I can only begin to imagine seeing a full MMO world of players at the start attempting to tame creatures. There are also a wide variety of creatures available with a great beastery guide you can look at to see the types and locations of them. In the same area we also learned of legendary creatures which are obtained through unorthodox methods of taming. We were then taught to capture this special bear which can only be done by jumping off this particular cliff, that was quite something and it gave a small idea of what crazy tricks players may need to pull off to capture mounts. With that your tamed creatures level up as time progresses, they can be named with Elluns which are the currency in the game. You can then turn mounts into a pet if you'd like with our bears growing a bow and following you instead of being ridden. Sadly you can only have a mount or pet out at once which I thought was odd. As you continue to level your pet you can turn them into seals with special crystals and then use these to add bonus buffs to armor.

After playing around with taming we went on to tame some flying creatures which were a lot of fun. Everyone else chose massive dragons to fly in as we were given a selection and I chose a giant chick-like creature as I thought it was hilarious. A side note on that, it was actually the strongest of inventory available. When flying the world is massive with an easy to use bar that tells you the verticality and it was crazy to test how high you could fly. Air combat was fun and we even got to learn how to tame mid-air with that being rather exciting when you did eventually wrestle one of the creatures down. Taming itself is rather simple for all creatures as once you mount them it's really just a quick key button mini-game, thought I should mention that.

The final section was some general combat as we walked up to this manor to fight a vampire like creature. The combat was colorful and epic, yet it did feel quite similar to other MMO type games. I'd really have to see more of that aspect to judge it as our session was focused on taming aspects. Looting options are similar to other MMOs as well with the party leader having options. Finally we went into a Raid experience, Dungeons allow five players to party up whereas Raids allow ten players. Our group was small so we got slaughtered quickly, but we did get to face a massively strong creature and get an idea of the vastness in the world. I was certainly impressed with what I played during the guided adventure, though I'll need to have a more free roam to really decide how I feel about it at this moment. The taming was definitely fun and the vast size of the world was wondrous, just curious how well adapted combat and story are in the game. With that those were my impressions of the time, if you have any questions let me know and I'll try to answer them. 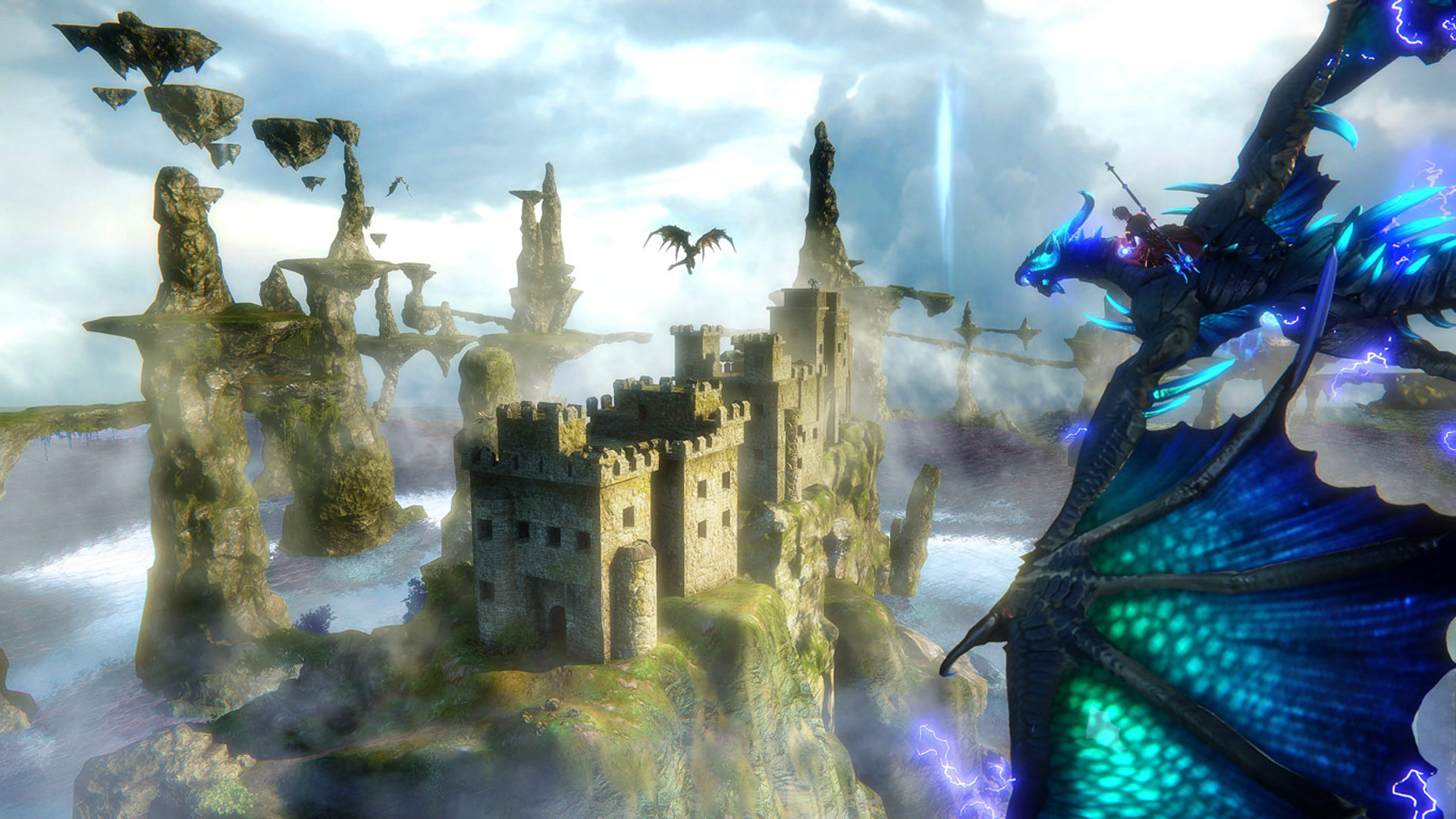 Impressions Made on Riders of Icarus during the Release