I had originally checked out Crossout during E3 last year and the general concept was interesting for sure. The game is a free to play title that comes from Gaijin Entertainment known mostly for War Thunder. I find that Crossout could very well be a big deal for Gaijin as well since it follows the currently popular design of vehicular combat and does so in a very quick fashion. The matches are incredibly quick, almost to a point where I wish they were longer as no match lasts longer than three minutes which is crazy. On the current levels the focus is mostly on destroying the other team's vehicles which does not take long or holding onto the position which takes quite awhile to fully capture. Other than that it's just a quick blitz from both sides with streams of bullet fire flying across which looks crazy. I didn't have too much difficulty playing the beta often decimating the other teams since there was quite a low population during what I played which was a couple different times over the last couple days. The bots themselves weren't particularly smart either often just driving around as bullet sponges or getting caught on walls and taking their time to move around. That aside I loved the look of the game, the levels were beautiful in design with simple elements to them that perfectly captured the apocalyptic design they were looking for. There's also a variety of levels present in the game with a number of biomes and the levels while being smaller feel very natural and alive. A final great detail is that the cars dynamically get destroyed based on damage with some just eteching along when wheels get shot out and visual smoke or fire damage when the car has taken a lot of heat. 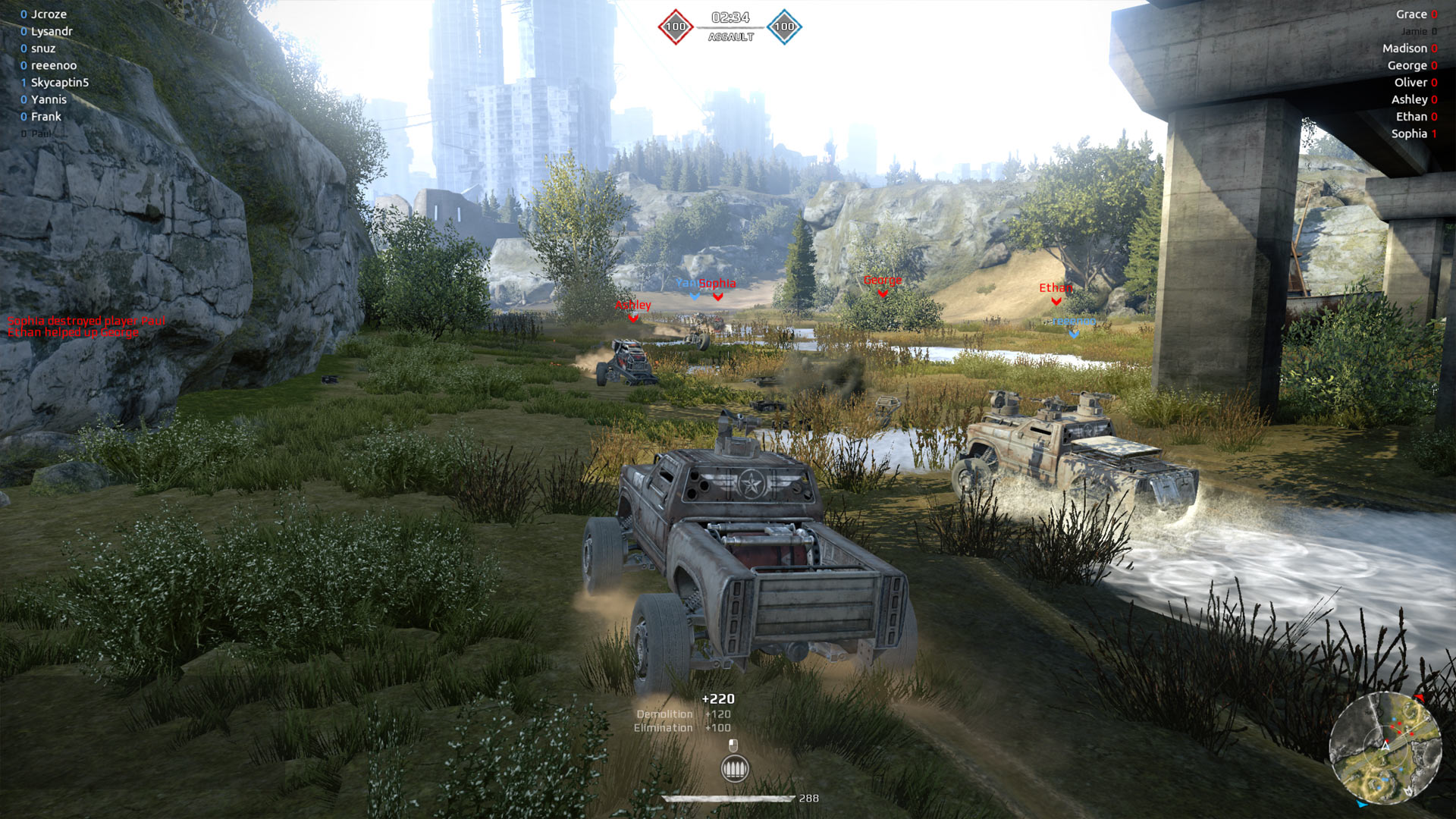 Despite the whole bot aspect when playing around other people it was generally a better challenge and I feel when it really opens up to allow more players the combat will be much more strategic than it currently is. I also found the shooting to be rather basic in the game as I just mainly had access to machine gun where you just keep firing until you need to reload without much strategy to it. The turrets on the vehicles are also able to fire in a full 360 degrees so you're not really locked in place. I did eventually gain access to shotguns and there was more to unlock in the future with more playing though they didn't seem to be much different in how they were attached to the vehicles. There might be some tweaking to the design of the firing when you get into the customization aspect of the game. A large aspect of the title is the ability to collect scrap parts and then take those to customize your vehicle rig however you'd like. This is great and one of the key reference points for why I was so intrigued with the game at E3. There were so many neat customizations and combinations of vehicles with colors that I was very impressed with during the video reel I had viewed. Jumping ahead to now I played quite a few matches since it goes by so damn fast and I ended up with a fair bit of scrap. It just seems that to really do anything with it you need to put a ton of time into matches just to get the bare minimum of scrap to build anything. I could see this escalating for better items or a certain pressure being put towards premium goods in order to make your vehicle even a bit custom. There are some packages currently available for custom vehicles and they seem reasonably priced at the moment. The biggest draw for Crossout will definitely be the vehicular aspect mixed with quick matches though I did feel this style of gameplay got too repetitive with how fast I was burning through matches. This may very well cause a burn out with players as got stale for me rather fast, but I'm hoping that's remedied by playing in matches full of real players instead of a mix with some AI. I'm sure there will be a good bunch that enjoy creating their own vehicles though at this point I feel there needs to be a better system in place for match length and the scrap amount you get at the end of every match in order to make things feel more rewarding. 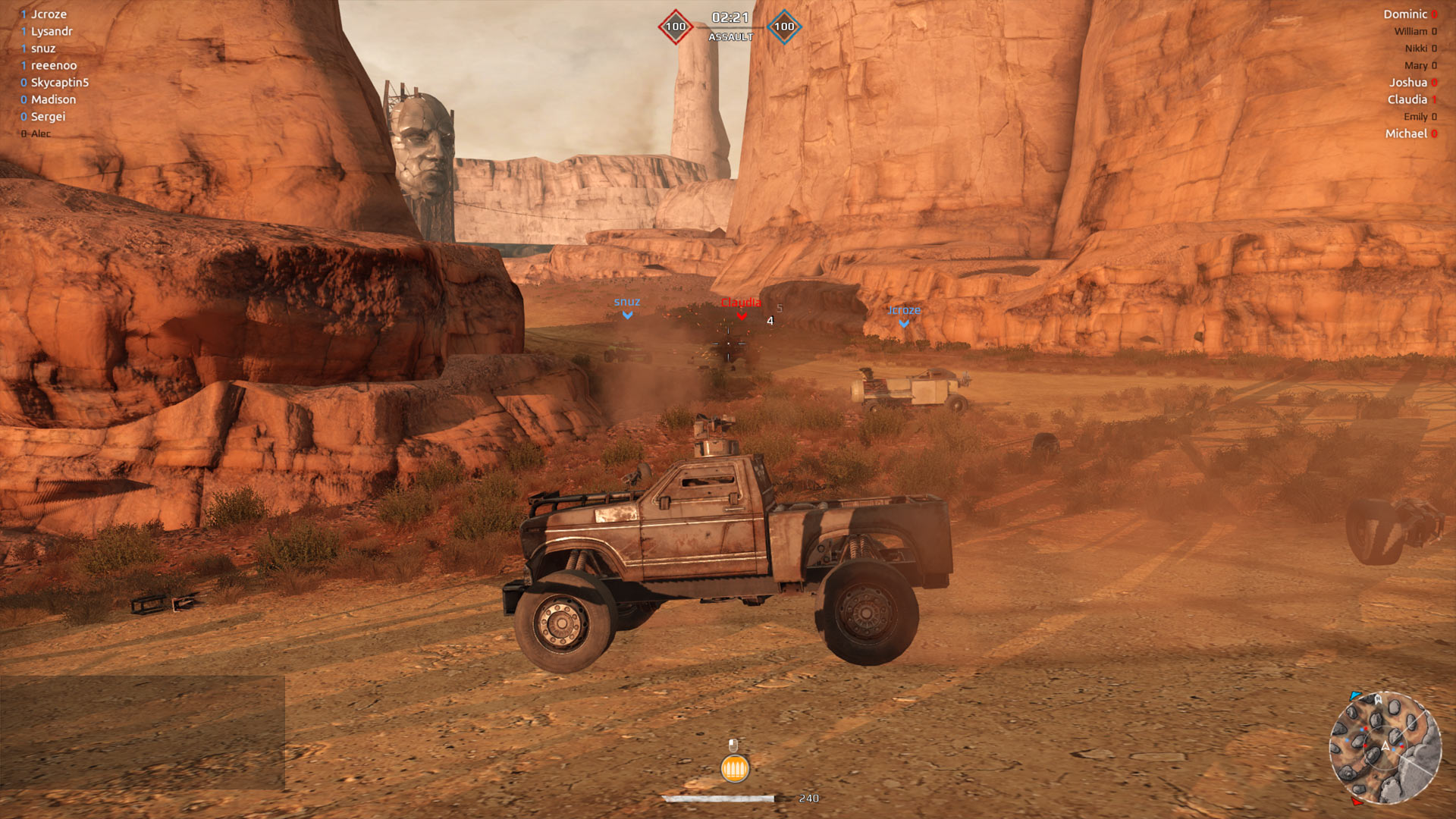 Impressions Made on Crossout during the Closed Beta