Taking all the best things from the ARMA series, the Battlefield games, Insurgency and put it into one you'll get Squad. Squad features 50 vs. 50 team battles, each team can be divided in to nine squads of up to nine players each. The game may take some time getting used to, but after a few hours of play on the map to get a sense of what's going on, you'll get a good idea of enemy locations and strategies of the game. Teamwork is essential when you have people that work well together, while others may try to act like they know what they’re doing but really have no idea and create confusion among your squad. For example team mates telling you that you've doing something wrong when you're tell them to capture marked objectives on the Map. The maps you’ll play in Squad take place in the Middle East and East Europe. Each map is a large open space area that flows from a desert to a forest environment that players will have long distance engagements over. Another game mode Squad has is a conquest and a search and destroy game mode. Advance and Secure is a conquest style game mode where two faction teams attack and defend locations marked on the map in a linear or parallel pattern and at the same time trying to secure more territories to win the game. Insurgence is a search and destroy mode where you and your force try to track down and destroy insurgent weapon caches. The locations of these are randomized and your force has to gather intelligence by neutralizing the insurgents to find each one. 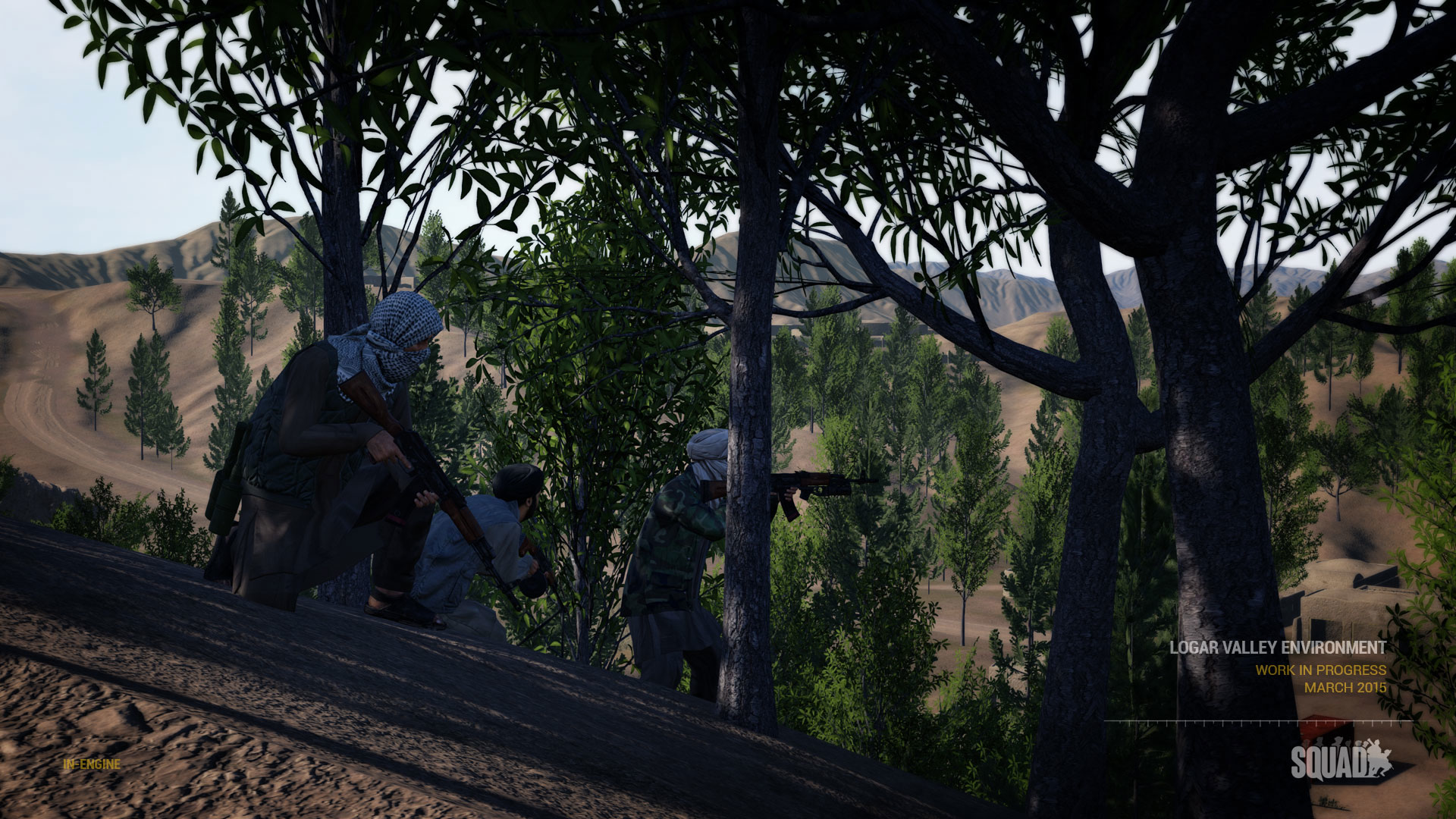 I've found out that a majority of the player base want to play the game very tactically and create actual formations, patrols, and play the game like real military squad. Squad has a number of factions that are commonly in every shooter games the US Army, Russians, British, Rebels and Insurgence. Squad features a kit role system with many different types of classes to choose from. Since the game is based around real world conflicts, players are only be able to use standard issue gear that each faction uses in the real world. There is some amount of weapon customization however, such as different types of sights and attachments. Many of the kits require two or more people to be in the same squad, if a player leaves or is kicked out of a squad then he will lose his current kit and receive a default kit. There is a limit to how many of each kit can be in a squad at a time on the team. Squad is an interesting take on the military sim. It focuses heavily on squad based infantry engagements with the main goal to capture and hold more positions than the enemy. The HUD in squad is very simple giving it a sense of realism. This feels more like the realistic action of Battlefield but not as complicated as the ARMA series. Considering it's only in Alpha, there are promises that the developers will add more expansions and the addition of vehicles that will make the game have more options to play. So far it's an incredibly immersive experience that leaves me wanting more. Squad requires you have a great deal of patience and communication to take orders from your team mates and your squad leaders. Without a good squad leader you'll often end up in a state of chaos where the enemy can easily overrun you quickly. The need to learn and adapt quickly to any situation is what makes the game stand out. When you do have a good team and great communication with your team mates you’ll be surprised what you can accomplish. Overall Squad looks promising to be potentially a great realistic military game with the addition of vehicles and the constant support from the developers and the community. Squad looks to have a great future in the long run. 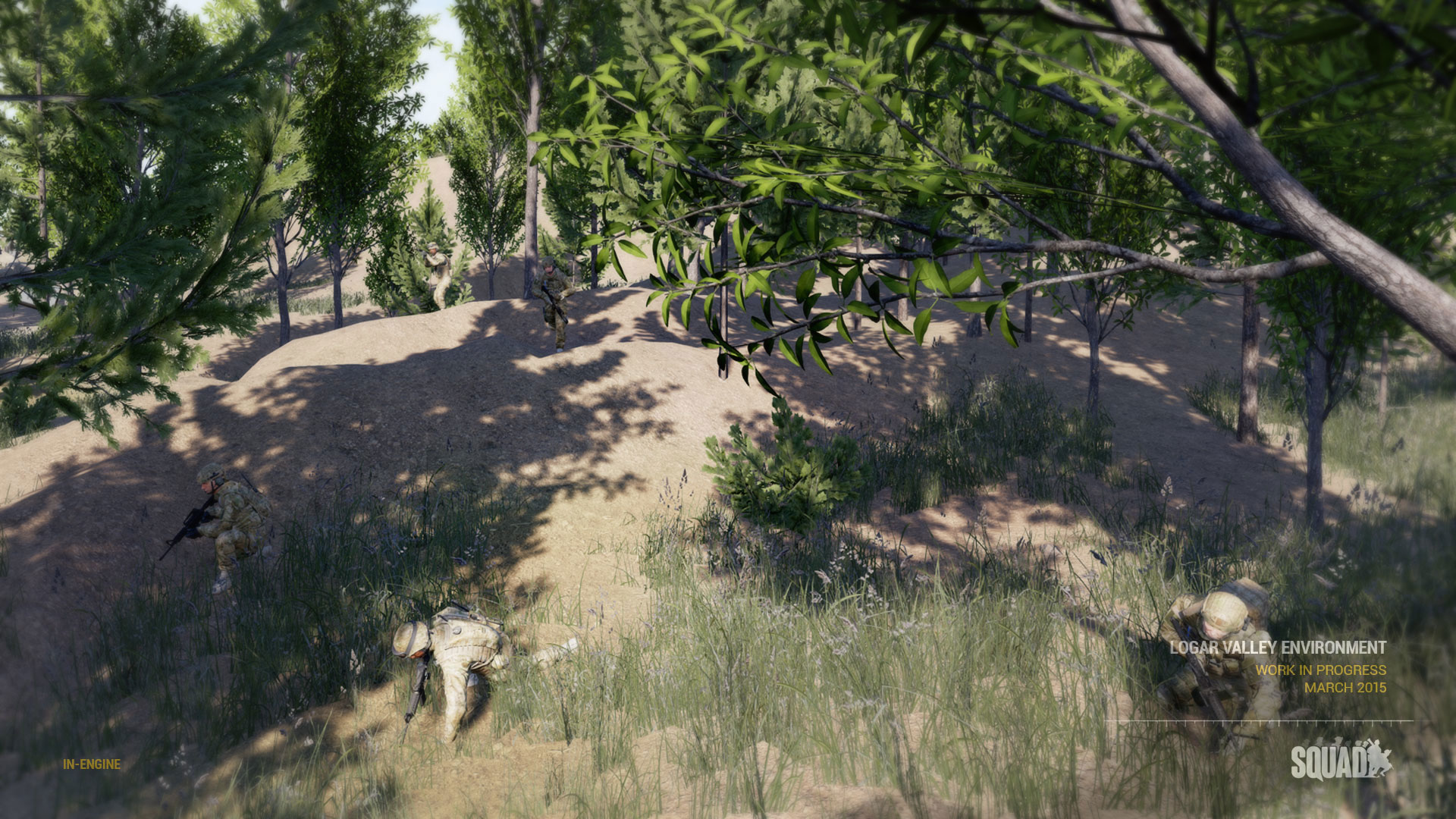