Now when it comes to car games they are really something that I have never thoroughly enjoyed, except I have simply come to appreciate the high graphical details on these absolutely stunning vehicles. After viewing the latest Forza which is the only driving series other than the one off Blur, along with the old PGR series that I actually like playing though I really don't go as in-depth as many others do. When it comes to these racing games at times I get the train of thought that there must be a certain point to which these car graphics really can't get much better and that leads way for innovation in the sense of what else can they do in a racing game. Sure there is advanced weather effects or perhaps dynamic tracks, but I want to see what sort of destruction I can do. This may seem out of the blue in terms of writing, but after playing so many differing games over the years I really enjoy seeing things get destroyed or watching the beauty of something being taken apart by bullets, weather or effects in the environment. This is where the Next Car Game steps up and offers an unparelled utter car destruction game, you will not see this much dynamic car shedding anywhere else. Pairing itself with beautiful graphics that just shine, The Next Car Game allows you to just shred pieces of your vehicle off as you crash into people during the Derby mode of into walls of the Racing mode. It may be a little bit limiting at the current moment in terms of content with only a couple cars, but with expansion this game can seriously compete with the leaders; Forza, Gran Turismo and Need For Speed. There are essentially two modes for you pick from at the moment of Derby of Race with varying car amounts and a couple tracks. The real fun for me was maxing out the counter and just playing derby to destroy as many other opponents as I could, as a side note this game needs multiplayer to make it even more intense. When I get out there and see the loading with all these shiny cars sitting there roaring their engines I get quite excited knowing that almost certainly none of them will look even close to what they started as. From there it is a slaughter with flakes of scrap metal from hoods of even wheels flying into the air, it's just an amazing site to see. Of course there is realism to all of this as your car does get deeply affected by your front being smashed in with heavy pulling to a side or total destruction. The particle effects in this motion are just stunning, you won't see this anywhere and I will continue to update with future impressions as I play more of it. The next writing will also cover a bonus section I received, but haven't touched as I want to discuss exactly what everyone would see if they were to enter the early access. 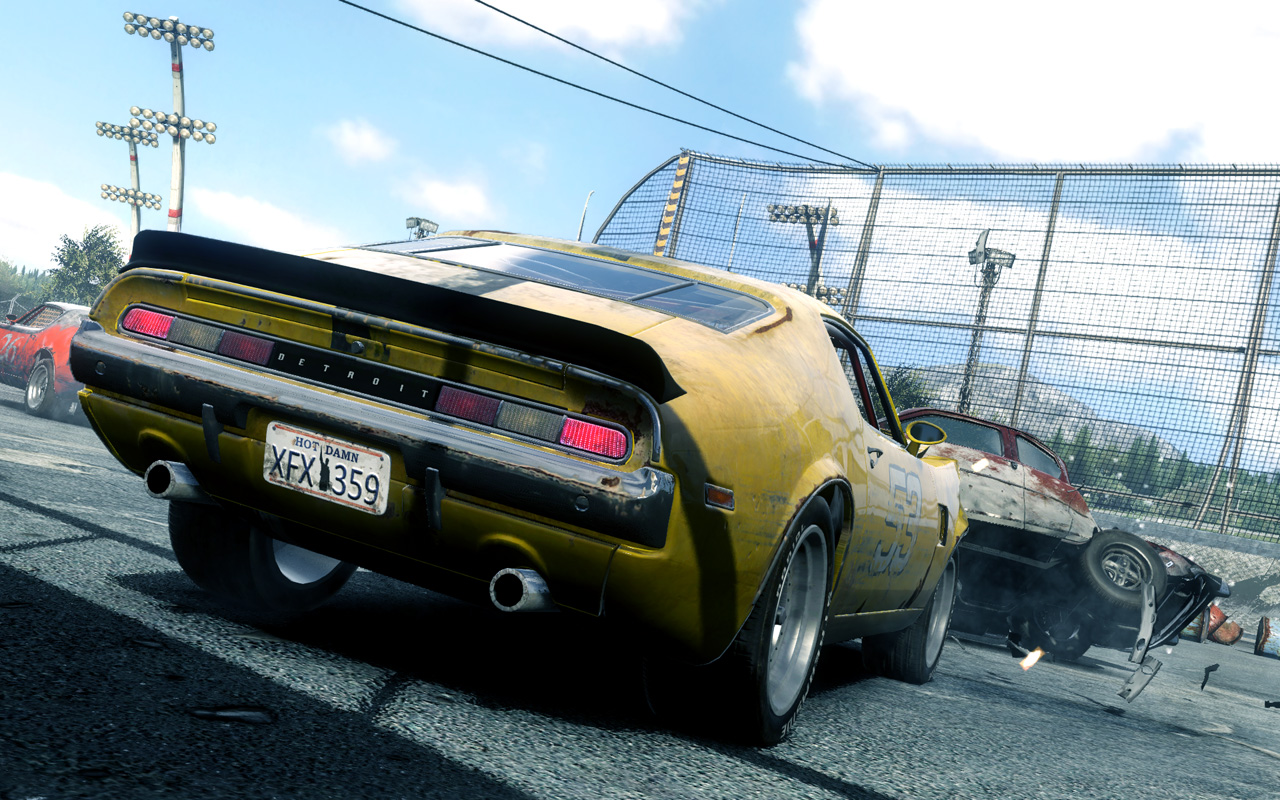