An interesting email appeared today with Frozenbyte introducing a new IP and with that email was a link to check out a pre-alpha build of the game. While it felt like more of a demo in terms of design this small almost tease of the game did leave enough play space to test out various aspects of what to expect. At its core the game, titled "Shadwen" is about the "return of true stealth games" where sneaking is not optional. I'll now give a bit of story context before going over my impressions down below in order to get you situated with the title. The character you play as is a female assassin named Shadwen and she is on a quest to kill the king. Along the way she has come across a little orphan girl named Lily, for whatever reason Shadwen has decided to have her tag along. This is where some interesting mechanics will come into play as you need to decide your actions and the consequences that come from them. Will you take the stealth route and save the child some innocence or will you become a murderer in front of her? One final mention is that the impressions below were based on Pre-Alpha gameplay so it'll greatly change over time. 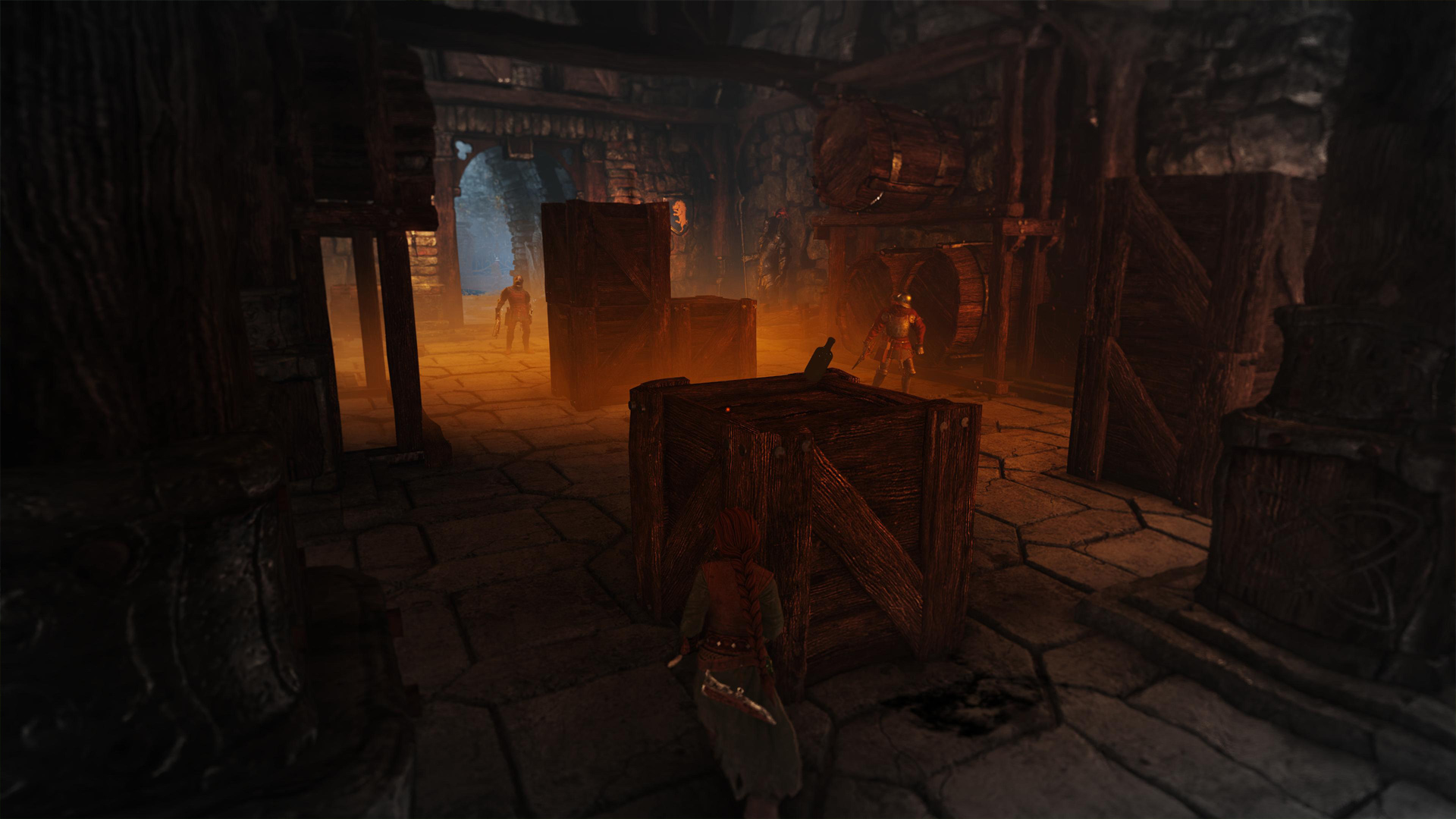 The first thing I noticed when playing Shadwen is that every single moment of play is slow motion. There are some controls to make things run at a usual pace though everything is usually perceived in slow motion. This was odd for me and hard to get used to, though it does match the play well. Another part of the game is the world itself which looks beautiful while running smooth and really has an authentic medieval feel to it. The interior rooms you were able to view are small in scale, but they give a good feeling of what to expect and the outside area has a lovely rain fall to it. I could go into the graphics deeper, but I'll just put a final note that the graphics were really pleasing. Once starting out in a small hallway you can move forward to see the situation I grabbed a screenshot of above. This area has two guards and some boxes which can be pushed forward to create cover. This is where things need some work as the AI isn't that bright and has some weird auto-fail detections to them. I get what they're trying to create in this regard though it does definitely need some work. I also noticed when triggering the units and passing them they automatically start running towards the little girl no matter where they are on the map. They almost completely forget you and then just sense where the girl is, must be a glitch or something.

After completion things progress to an outdoor area where you take out some more guards and then you enter a more open space. This room offers some more options when it comes tackling the situation presented. You could just roam from place to place stabbing them or you could take the rafters route. Shadwen comes equipped with a grappling rope to hang up in spots which can have her moving swiftly up above avoiding enemies or preparing to strike. She also has the abilities to drag bodies away which was funny considering how much shorter she is. Additionally, you don't really fail in this game since you just rewind time when that situation comes. This could take some tries, but it's all about perfecting your strike or move. That's really the base of Shadwen and what I got out of playing this early version. I look forward to checking it out later on and will be tracking the progress, check out the trailer below! 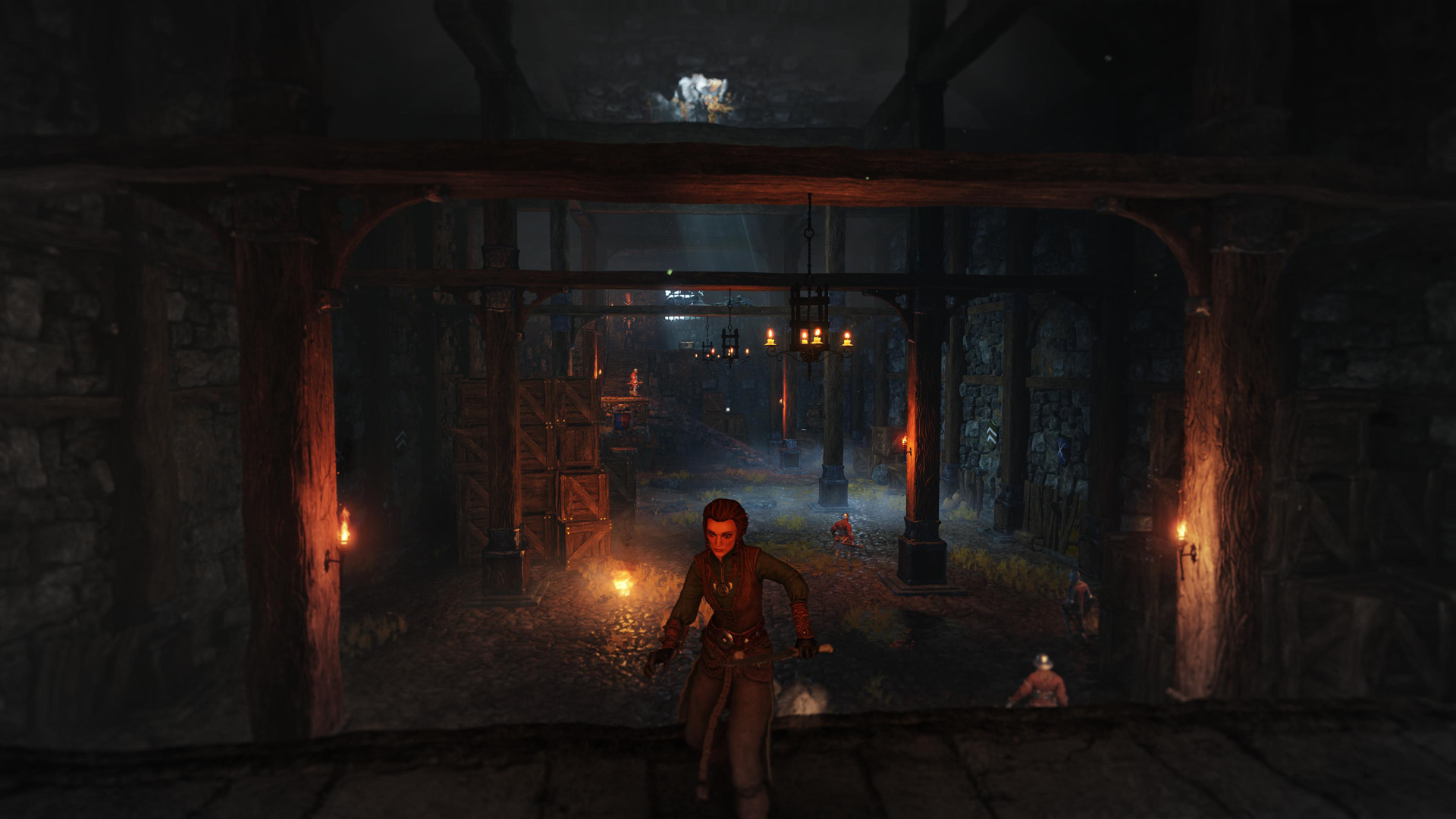 Impressions Made on Shadwen during Pre-Alpha on PC